Climate change is evident to those in Alaska who work in glacier tourism. 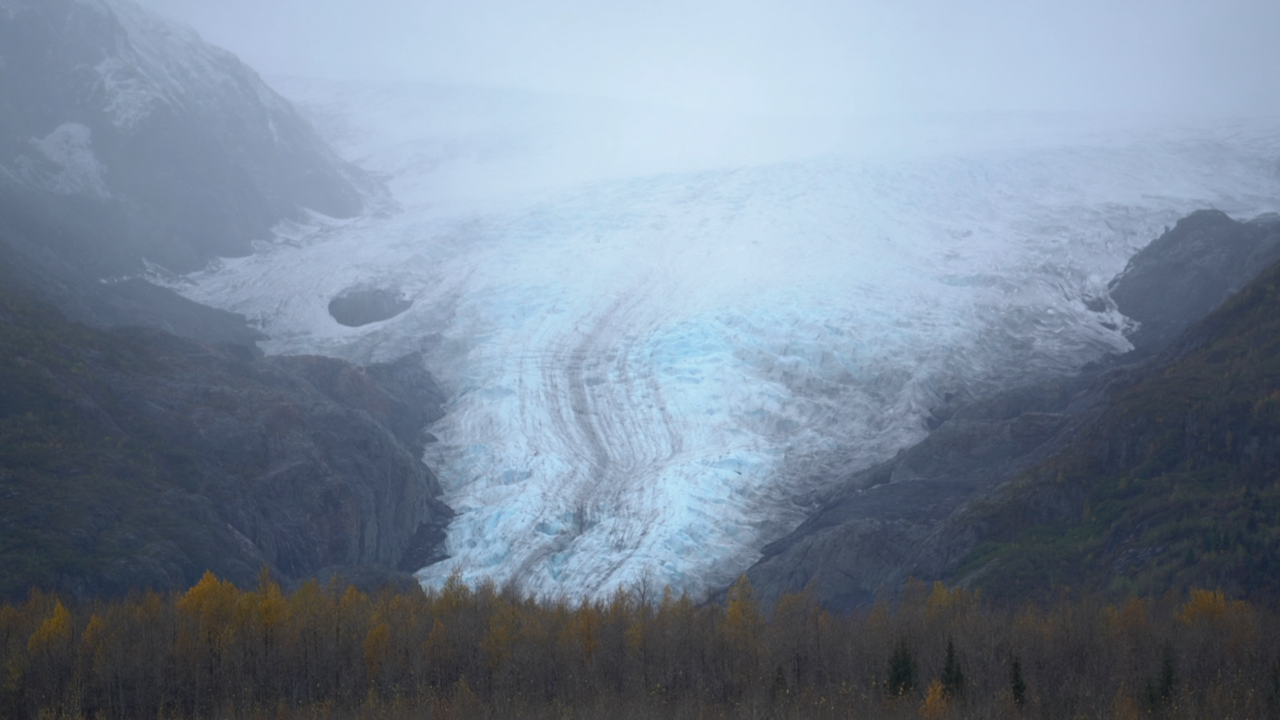 Rick Brown walks through Kenai Fjords National Park to a place where climate change's impact is hard to miss.

“The changes to us have been bang, bang, bang," Brown says. "Every year it’s a different year."

As the years have gone on, the walk to Exit Glacier has become longer because it's melting away.

Exit Glacier is one of the smaller glaciers in the park. It's popular with tourists because it's easy to get to. It's a short walk from where they park.

Signs mark the path people take to get to the glacier; the dates on the signs range from the early 1900s to 2010. The signs mark where the glacier once was and where it's melted to.

"If this doesn’t convince you that things are changing, then there is no use in trying to even convince you," Brown says.

Brown owns Adventure 60 North. He takes people on tours and hikes around the glacier.

It's a job in glacier tourism that often has him facing questions about climate change.

"I tell them what I see, I don’t know the reason why it’s happening," he says.

His answer isn't about politics but what's become the reality here.

"I don’t know if it's humans or nature or naturally caused. I think it’s both, and that's my opinion and I kind of leave it at that," Brown says.

"I've lived in Alaska for almost 50 years. Anyone who has lived here a long time has seen the weather change," says Doug Capra.

Capra is a former park ranger and local historian in tiny Seward, Alaska.

“My concern is the denial. I write history and I have great admiration for human ingenuity," Capra says. "Human beings have survived a lot of things. It’s the questions of how we’re going to do it. It’s a question of will."

Rick knows some people can't be convinced of the impact climate change is having.

“Some people come here with a view that they’ve adopted and they’re not going to change no matter what you tell them," Brown says. "So I don’t try. I’m the old guy out here, I know what I'm seeing."

He says winters don't see the snow they did when he first became a guide in Alaska in the '90s. He no longer does snowshoeing and ice hiking tours in the winter because of the lack of snow.

“It’s changed our business," he says. "I don’t know if it’s hurt it. I would say we’ve adapted. And as far as I know, the key to surviving here is adapting."

Time may be running out for Exit Glacier.

“I would say, probably, I don’t know ... there have been guesses of ten, five years?” he says.

According to the United States Geological Survey, 68.7% earth's freshwater is kept in ice caps and glaciers, meaning their retreat isn't just an Alaskan concern or one Brown feels should be left for the future.

"It's real folks," Brown says. "Change is happening. Regardless of what’s causing it. We need to get prepared to adapt to deal with the change."