Trump signs 'Autism CARES Act' into law, which provides $1.8B in funding for autism research 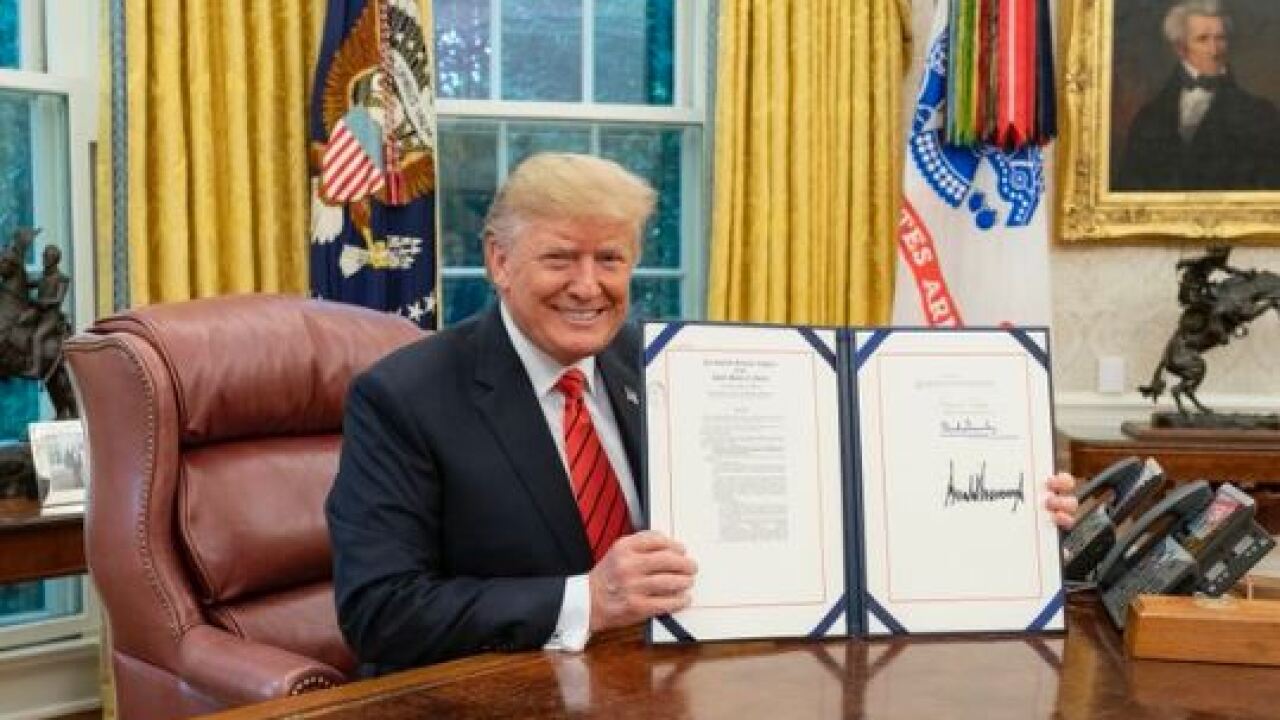 WASHINGTON — The 'Autism CARES Act' was signed into law on Monday by President Donald Trump.

The bill, sponsored by representative Chris Smith and representative MIke Doyle, will provide $1.8 billion in funding for autism programs at the Centers for Disease Control and Prevention, the National Institutes of Health and Resources and services administrations.

According to the CDC, roughly one in 59 children have been identified with Autism Spectrum Disorder and it's about four times more common among boys than girls.

Autism Spectrum Disorder (ASD) is a developmental disability that can cause significant social, communication and behavioral challenges.

Today, I was proud to sign the Autism CARES Bill! We support research for Americans with Autism and their families. You are not forgotten, we are fighting for you! pic.twitter.com/syyaLR0sNq