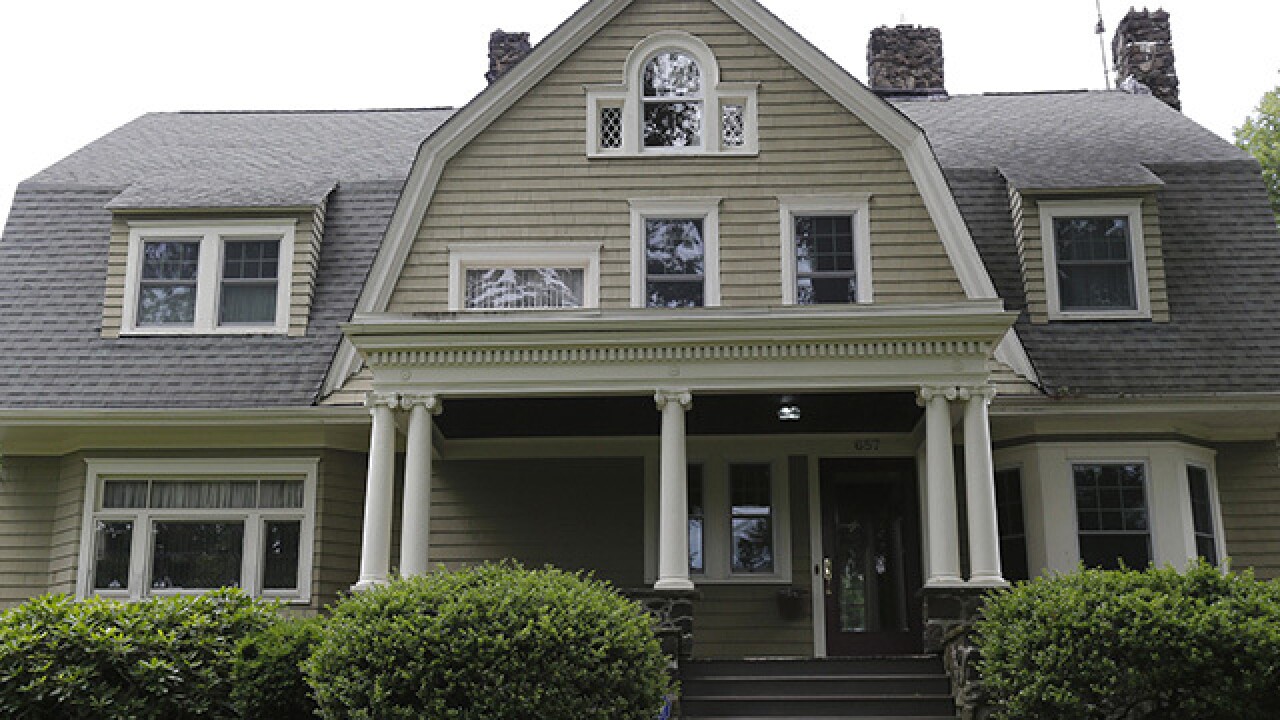 Copyright 2018 Scripps Media, Inc. All rights reserved. This material may not be published, broadcast, rewritten, or redistributed.
Julio Cortez
<p>FILE – In this June 25, 2015, file photo, the home of Derek and Maria Broaddus in Westfield, N.J. is viewed. The couple wants to demolish the house after they claim they were stalked by an anonymous creepy-letter writer known as "The Watcher" has filed a lawsuit against their town. (AP Photo/Julio Cortez, File)</p>

WESTFIELD, New Jersey — A New Jersey family says it was scared away from its home after a series of cryptic and threatening letters from someone known as "The Watcher."

The family is now speaking out about its own real-life horror movie.

Derek and Maria Broaddus were too spooked to ever move into their $1.3 million dream home in Westfield, New Jersey.

They spoke with New York magazine in their first public interview after the scary ordeal that went on for years.

The first letter arrived one night in June 2014. Derek had just finished an evening of painting his new six-bedroom home at 657 Boulevard.

Dearest new neighbor at 657 Boulevard,
Allow me to welcome you to the neighborhood.

657 Boulevard has been the subject of my family for decades now and as it approaches its 110th birthday, I have been put in charge of watching and waiting for its second coming. My grandfather watched the house in the 1920s and my father watched in the 1960s. It is now my time. Do you know the history of the house? Do you know what lies within the walls of 657 Boulevard? Why are you here? I will find out.

According to New York Magazine , Derek reported the letter to Westfield police, who launched an investigation but never found a culprit.

The letters continued, even referencing the couple’s children.

657 Boulevard is anxious for you to move in. It has been years and years since the young blood ruled the hallways of the house. Have you found all of the secrets it holds yet? Will the young blood play in the basement? Or are they too afraid to go down there alone.

The couple went to great lengths to find the author, hiring former FBI agents, a private investigator, a security firm CEO and a forensic linguist, according to the magazine . They even sued the previous owners.

The Broadduses eventually put the home on the market but struggled to find a buyer once word of the creepy letters spread.

They still own the home but rent it out for less than their mortgage payment.

The last letter was received in 2017.

“Loved ones suddenly die,” it said. “You are despised by the house. And The Watcher won.”