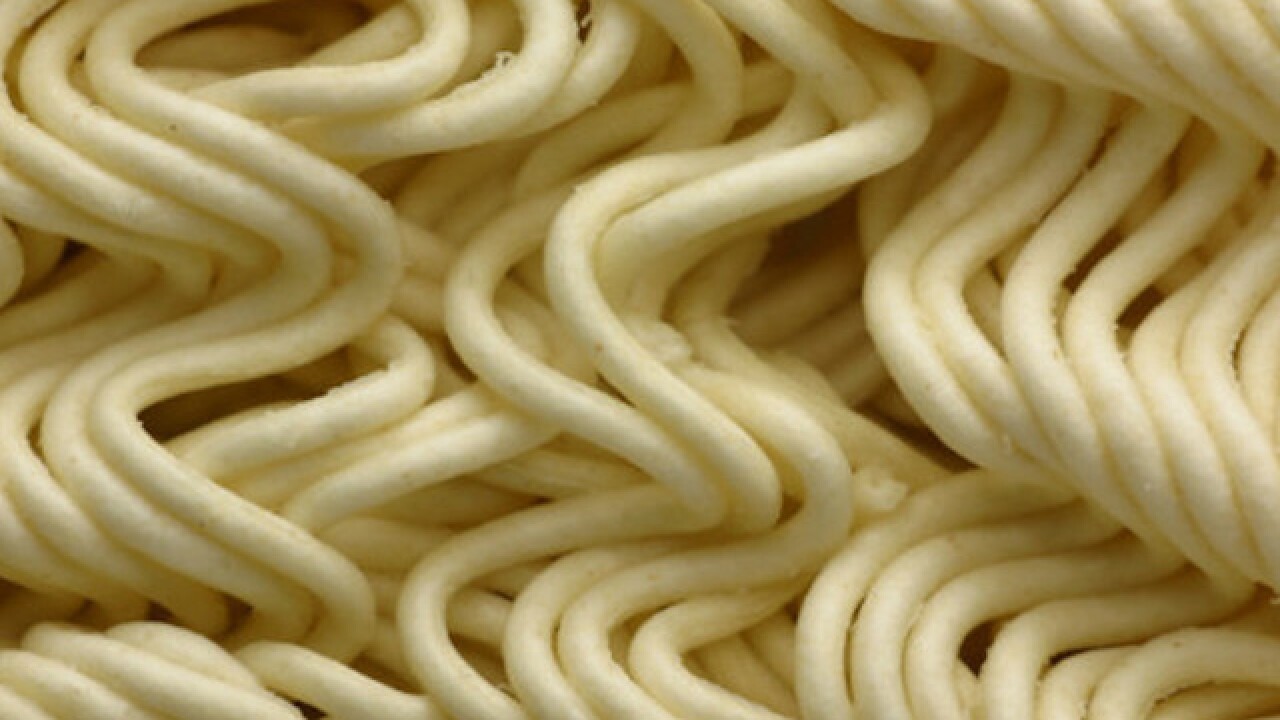 Instant soup -- often sold as "ramen" in the United States -- is cheap, tasty and wildly popular among hungry college students. But new research suggests that the products may put young children at risk.

The soups cause about one in five childhood scald burns, according to research to be presented Monday at the American Academy of Pediatrics National Conference. Those findings have led some experts to question the safety of the meals, which often come in microwavable cups.

"It's important for us to remember, and for parents to remember, that these are just thin containers with boiling water in them," said Dr. Courtney Allen, a pediatric emergency fellow at Emory University who led the research.

"I think there's an assumption that these are safer than soups coming out of a stove," she said, "when, in fact, they're not."

Thousands of burns every year

Allen's research team looked at more than 4,500 pediatric scald burns recorded over nearly an 11-year period in the National Electronic Injury Surveillance System, a federal database that tracks consumer product-related injuries. They then scoured the data, which considered children 4 to 12 years old, for keywords such as "instant soup," "instant noodles" and "cup of soup."

The researchers found 972 injuries associated with microwaving the products, making up 21.5% of all scald burns in their sample. They estimated that instant soups are to blame for nearly 10,000 pediatric burns in the United States every year.

Researchers found that more than 90% of children burned by instant soup were discharged from the emergency department after evaluation. But scald burns -- which are caused by liquids or steam instead of dry heat -- can sometimes require hospitalization and even surgery.

"To be honest with you, it's a very, very common story," said Dr. David Greenhalgh, chief of burns at Shriners Hospitals for Children - Northern California and former president of the American Burn Association.

"They knock [the soup] over, and it spills onto their lap," said Greenhalgh, who was not involved in the research. "They may have to come into the hospital for a while, or we teach the family how to take care of the burn, or some kids need skin grafts. But I am not surprised."

The researchers found that most burns affect the trunk, the bodily region from the shoulders to the groin, and happen in children between 4 and 7 years old.

"I think one of the important things is to identify in what stage of the process kids are injuring themselves," said Allen, whose team is planning to observe children carrying fake soup -- such as water with paint in it -- to determine how exactly the injuries occur.

"Is it because they're pulling it down themselves from the microwave? Is it because when they walk they're not coordinated enough and they spill? Or is it actually when they're eating it that it's tipping?" she asked.

Whatever the cause, Allen believes parents should be extra cautious when allowing children to handle instant soups. "If you're going to let your children independently cook, carry and consume these products, they do need adequate supervision."

When it comes to preventing soup-related burns, Greenhalgh believes that most parents just don't understand how bad injuries can be. But in some cases, he said, parents may downplay any dangers for the sake of convenience.

"Many studies show that parents may know the risks with scald burns, but they tend to cut corners sometimes," he said. "They may know it's a risk, but it's quicker and easier, and they hope nothing happens."

Product design may be to blame

In a 2006  study  published in the Journal of Burn Care and Research, Greenhalgh looked at the stability of instant soup containers and found that taller and thinner cups were easier to tip than shorter, stockier ones. Those findings could have implications for manufacturers hoping to reduce the risk of product-related burns.

"What [companies] should do is make them like the Yoplait [yogurt] containers, where they're wider at the bottom and thinner at the top," Greenhalgh said. "It would be a very simple thing to design and change."

Nissin Cup Noodles, one widely sold brand, tipped at an incline of just 21.2 degrees. Products with wider bases could be angled over 60 degrees before tipping.

Maruchan, Nissin and Nongshim, three large instant soup manufacturers, did not respond to requests for comment on the new research, and their designs have changed little since Greenhalgh's 2006 study.

But some experts believe Allen's new research should be a wake-up call for the industry. "It should at least give them pause about their product design packaging," said Dr. James J. Gallagher, director of the William Randolph Hearst Burn Center at NewYork-Presbyterian Weill Cornell Medical Center.

What to do if your child is burned

Curious and increasingly independent children often put themselves at risk for scald burns, Gallagher says, so all parents should know how to assess and treat the injuries.

"When they start to become mobile and can do things on their own, scalding in your own home and in your own kitchen is the number one way they get hurt," he said.

If a child is burned, he said, "the most important thing is to get the clothing off" and immediately run the affected tissue under cold water.

Not all burns require medical attention, but some warrant a hospital visit. "After you've done the first aid, take a good look at the child. If you're seeing any blistering, then certainly the child should be seen by a physician," Gallagher said.

Emergency rooms and urgent care centers can treat the injuries, he said, but most instant soup injuries aren't life-threatening. "Almost always, in these situations, a child will be stable enough to ride over to a burn center, which isn't always the closest hospital."

And though accidents do happen, parents can take simple steps to reduce risk in the kitchen, such as cooling soups before serving them, purchasing more stable containers and supervising children during mealtime.

Those steps might seem unnecessary, but Gallagher says it's easier to prevent burns than treat them -- something he hopes more patients will realize.

"We at the burn center are supposed to be putting ourselves out of business," he said.