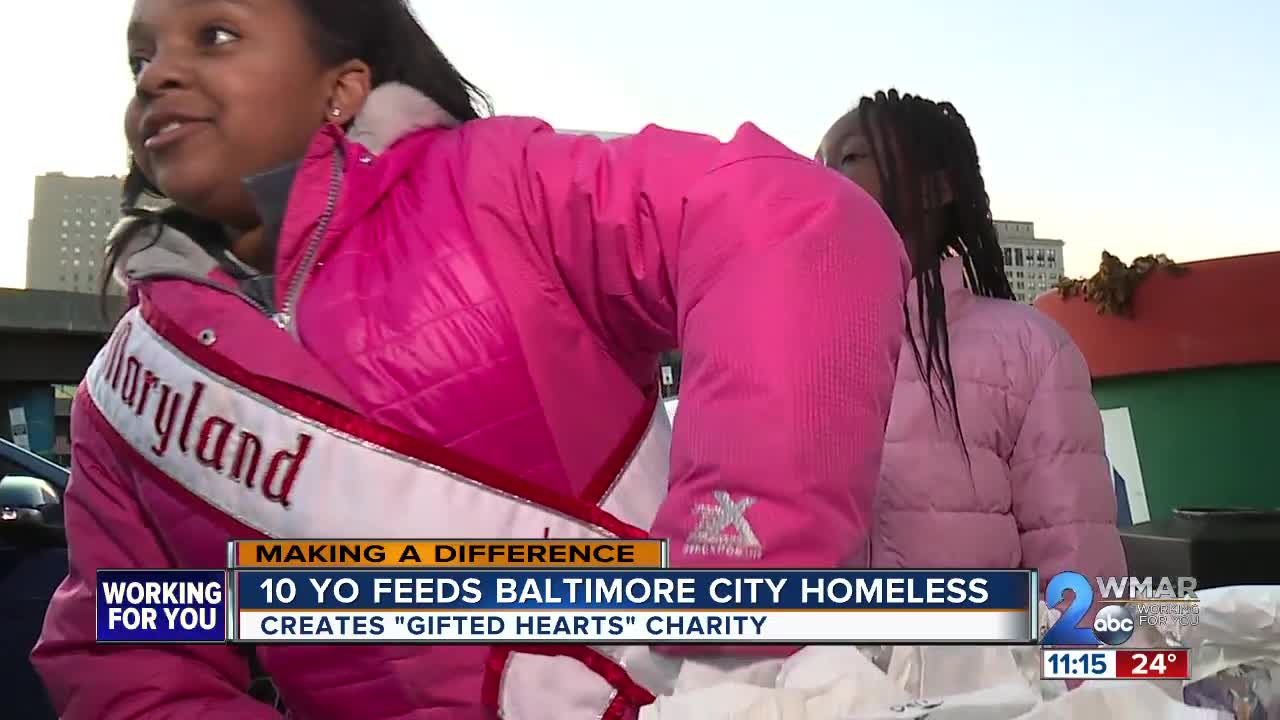 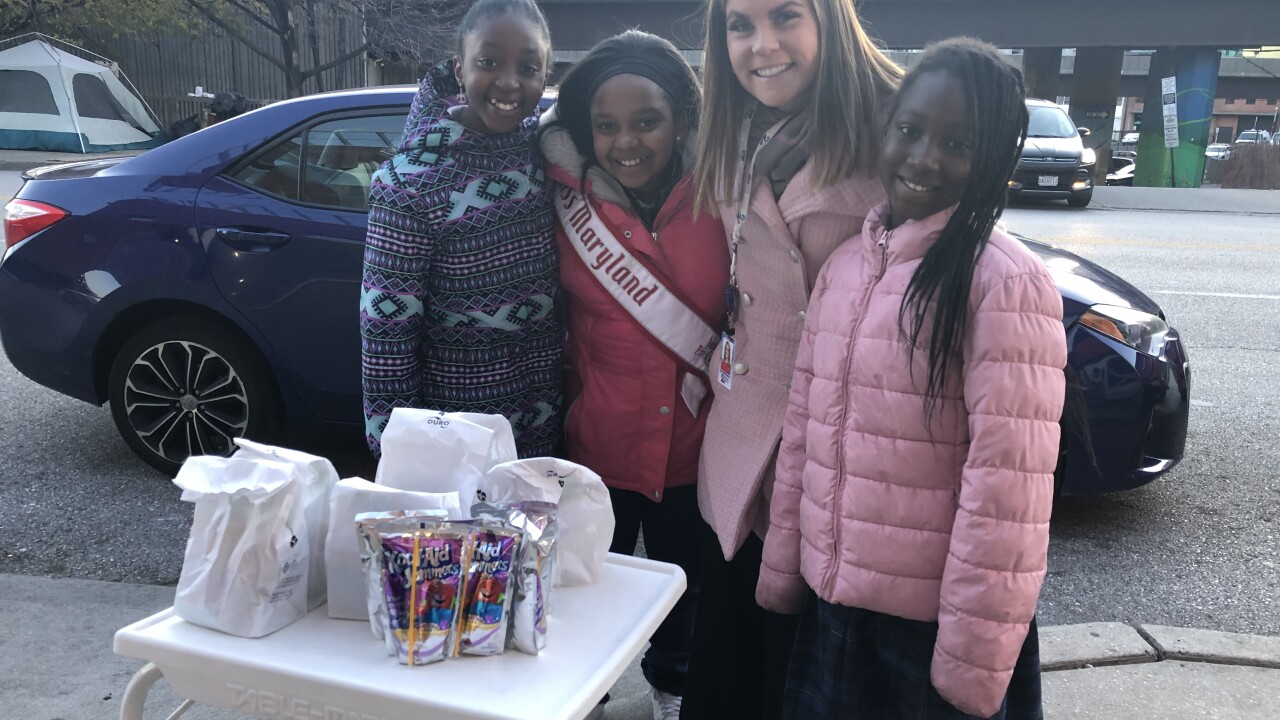 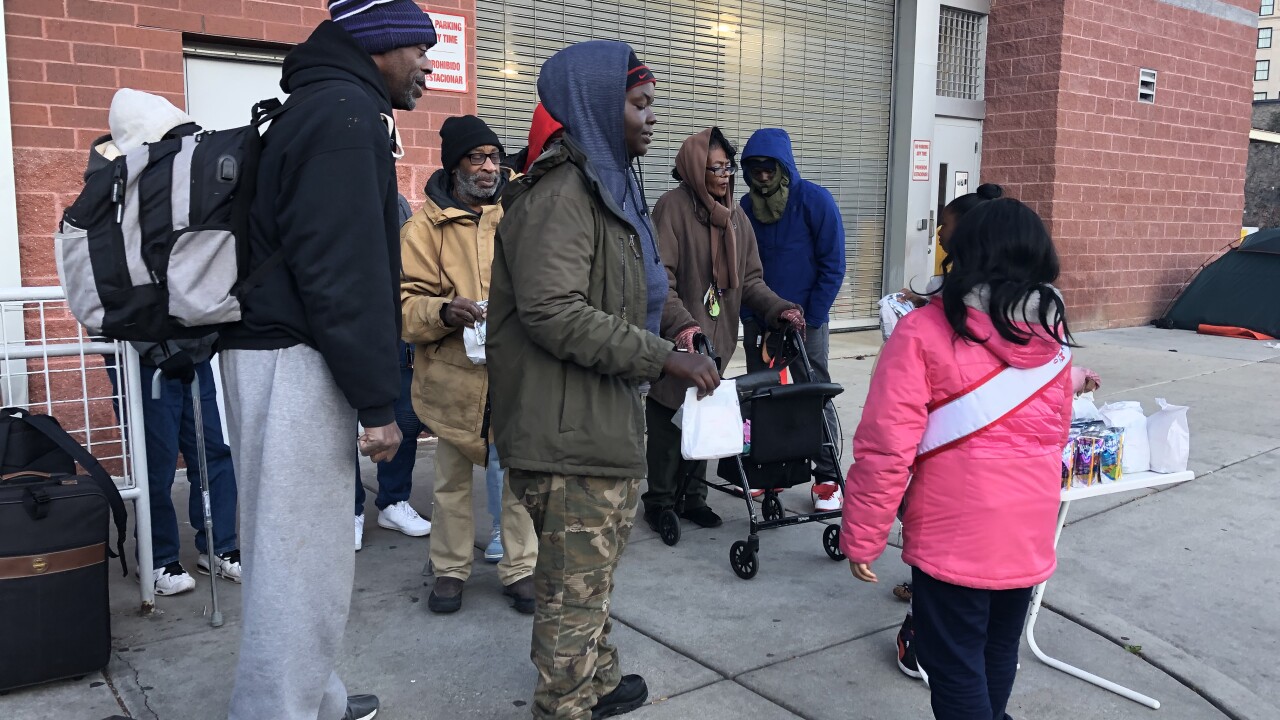 Sha'Miyae Hinton-Knight was crowned Miss Maryland Junior Pre-Teen in August. Her passion for helping people started well before that. It all started when she was just 4 years old after she saw a homeless man lying on the ground.

"I'd rather take nothing because he’s hungry and he needs something to eat," she said.

Her grandmother, Barbara Knight, added, "her first contact with a homeless person let her know that people are out in the world starving and she wanted to find a way to help."

So, she started making sandwiches and gives them out to homeless people in the community, typically on Saturday mornings or Sunday after church. It's something the homeless community is grateful for, like John Wilson.

"She gave us enough today and I appreciate it. I really do appreciate what she’s doing for us, she’s a good heart. She’s going somewhere," said Wilson. "It means a lot. We out here from first thing in the morning to last thing a night trying to stay warm. Someone like her ,her age doing this for us it’s a plus sign in my book and I appreciate anything she doing."

It's not just Sha'Miyae. She's recruited her friends to help.

"People who don't have a home deserve to have food and not be starving," said Naadiya Moses.

Naadiya joined Sha'Miyae Wednesday for the first time and is just 8 years old.

"They don’t have enough money to buy food or clothing or water so they need someone to help them through this tough time," said TaLiyah Mccoll.

TaLiyah has helped Sha'Miyae feed the homeless before and also does pageants.

After feeding the homeless for a while, Sha'Miyae decided to start her own charity, called "Gifted Hearts." She does liturgical dance at churches throughout the area to raise the money.

"They give me an offering and I spend it towards the on people who lost their parents through violence and the homeless," she said.

She competes in California next week for the National American Miss pageant.

This story was originally published by Erin MacPherson at WMAR.