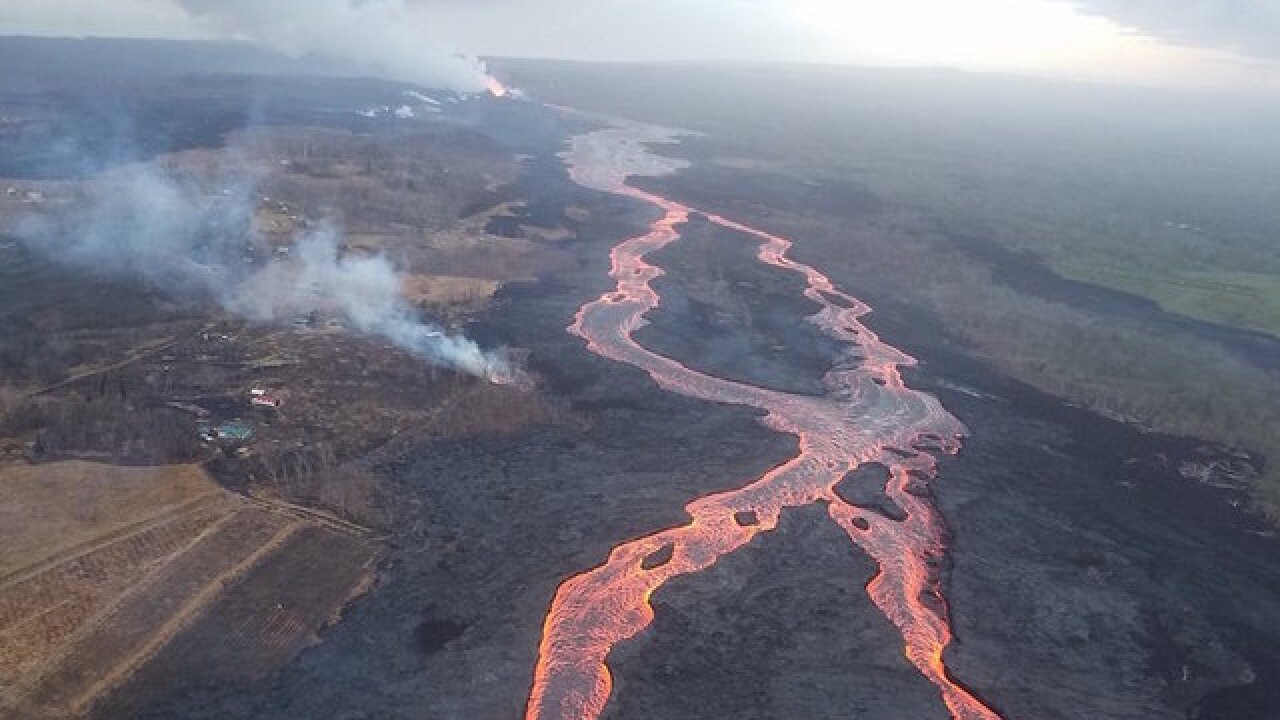 The lava punctured the boat's roof and it returned to Wailoa Harbor, the fire department said. Three of the injured were taken to Hilo Medical Center; two were reported in stable condition, the other in serious condition.

One of the passengers in stable condition is a woman in her 20s with a fractured femur, authorities said. Other passengers drove themselves to the hospital, and the fire department said their injuries were superficial.

The lava bomb, or flying chunk of molten rock, left a large hole in the boat's roof, the fire department said. A railing was also damaged.

It was unclear exactly where or when the incident occurred. But from where lava is hitting the ocean to the harbor is about an hour's boat ride, depending on waves.

Hawaii's Kilauea volcano erupted in early May, sending a smoldering flow of lava into residential areas on the Big Island. Kilauea was still erupting lava as of Sunday, according to the United States Geological Survey.

A witness who saw the boat return said there were rocks all over it, and some people leaving the boat had burns and gashes on their legs. One person was taken off on a stretcher.

The boat reportedly holds 49 people, but it was unknown how many people were on board.