'13 Reasons Why' warning is a start, experts say, but they want more 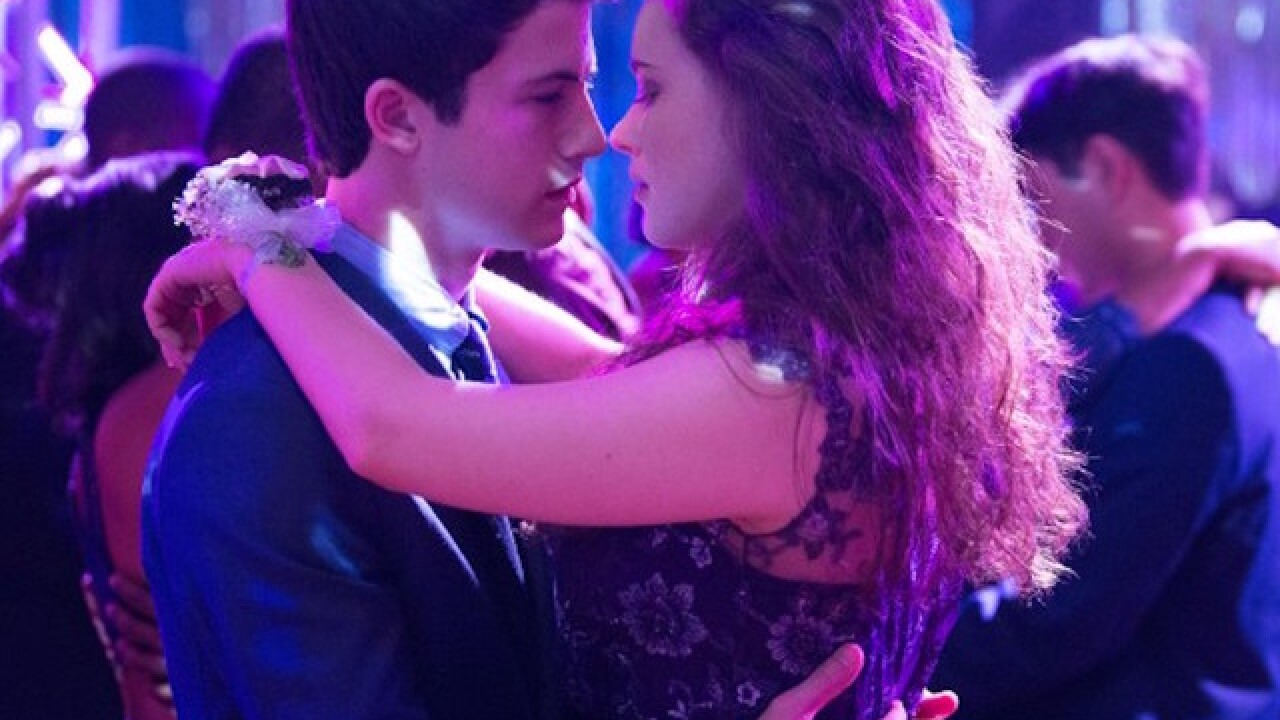 Almost immediately, Kate was hooked. She'd seen advertisements for the hit Netflix series "13 Reasons Why" and heard that some friends were watching it, so she gave it a try.

"Within one or two episodes, I was completely hooked and was super into it and felt really emotionally involved in it," she said.

"And, so I, essentially, sped through the whole show ... which is not easy to do when you are working and also going to school. But I ended up doing it."

Kate, 25, is a victim of domestic abuse and sexual assault, and she has depression, anxiety and post-traumatic stress disorder. CNN agreed to use only her first name in order to protect her privacy.

She didn't watch "13 Reasons Why" because it was enjoyable as much as for its relatable -- albeit graphic -- content.

The 13-episode drama, which was released in March 2017, follows the fictional story of a teenager named Hannah Baker who takes her own life, leaving behind 13 audio recordings on cassette tapes.

It sparked a national debate about mental health and suicide and prompted some mental health professionals to warn that "13 Reasons Why" could pose risks for viewers, especially for those already struggling with mental health issues.

"Ideally, we hope that young people will avoid Season 1, as it was proven to increase Google queries about suicide, and several local mental health service providers have reported increases in instances of suicidal thoughts and suicide attempts among their clients as a result of the series," said Laura Horne, director of programs at Active Minds, a mental health organization that works with young adults.

Fans of the bingeable show, however, commend the series for raising awareness about suicide and shedding light on how to spot warning signs of depression or suicidal thoughts. A second season is planned , but its release date has not been announced.

In response to the controversy, Netflix has taken extra steps to provide viewers with more resources on mental health, bullying and other tough topics.

The changes, which are the result of a study commissioned by Netflix to look at the impact of the series, include the addition of a warning video that will air at the start of each season, an after-show that features the cast and experts, and more crisis information and suicide prevention resources online at 13ReasonsWhy.info .

"Soon after the Season 1 launch, we saw global conversation explode on the controversial topics covered by the series and understood we had a responsibility to support these important discussions," Netflix said in a statement. "To understand whether and how the series opened dialogue between teens and parents, we commissioned a global research study with Northwestern University's Center on Media and Human Development, which has an active research focus on the impact of media on children and teens."

The study found that "nearly three-quarters of teen and young adult viewers said the show made them feel more comfortable processing tough topics."

However, the study also revealed that viewers wanted Netflix to provide more resources.

"It is important to note that limits to the research study design leave the unanswered question of the impact of the series on vulnerable viewers who may be put at risk by being exposed to the content." said John MacPhee, the executive director and CEO of the nonprofit JED, which works to prevent suicide in teens and young adults.

A separate study found that the show prompted an increase in online searches for suicide ideation and terms related to suicide awareness and prevention.

Though mental health professionals have expressed support for Netflix's efforts to provide a warning and more resources, some feel that they aren't enough.

"To the extent that Netflix is helping us have a better conversation about depression and other mental health diagnoses that contribute to suicide, I think that part is good. I just think the follow-through could be improved a bit," said Lauren Caldwell, director of the American Psychological Association's Children, Youth, and Families Office.

She suggested that Netflix play its introductory video before each episode, add "more depth" to its viewing guide and air its after-show following each episode.

Netflix didn't respond requests for comment on this story.

Other mental health experts agree that the efforts are a step in the right direction but say they don't go far enough.

" '13 Reasons Why' brought an astounding amount of attention to suicide," Active Minds' Horne said. "It didn't bring understanding about this one crucial fact: that suicide is preventable.

"We believe Netflix had a responsibility to add crisis and other resources for Season 2 because that context is crucial," she said. "The new resources are a plus, but not having seen the second series, we don't know if messages about prevention are embedded within the show itself in a way that better balances safety and accuracy with entertainment."

Overall, viewer Kate was pleased to read that Netflix was incorporating new ways to better protect and inform its viewers. But she thinks the streaming service shouldn't limit airing the advisory message to once a season.

"I think the video is a good effort, but I wonder what kinds of real-life effects it's going to have versus it's more Netflix being able to have a disclaimer like 'oh, we know this is triggering; here's our blurb about it,' " she said.

Kate also said the show made her feel more depressed.

Despite its negative effects on Kate, she said, it's important to have shows that discuss such tough topics. She suggests a warning screen at the beginning of each episode, urging viewers to take a break.

"Even something as simple as that, because I think especially in the first season, it was really suspenseful and really easy to go from one episode feeling really crappy to another episode feeling even crappier."

She also suggested that Netflix broadcast messages throughout the show, asking people to hit pause if they need a moment to process the content.

"You know how they have the 'are you still watching' reminder?" she asked. "It could be something like 'hey, maybe take a break from watching' or 'this episode is going to depict x, y, z. If you're not comfortable with that, consider reading a synopsis online.' "