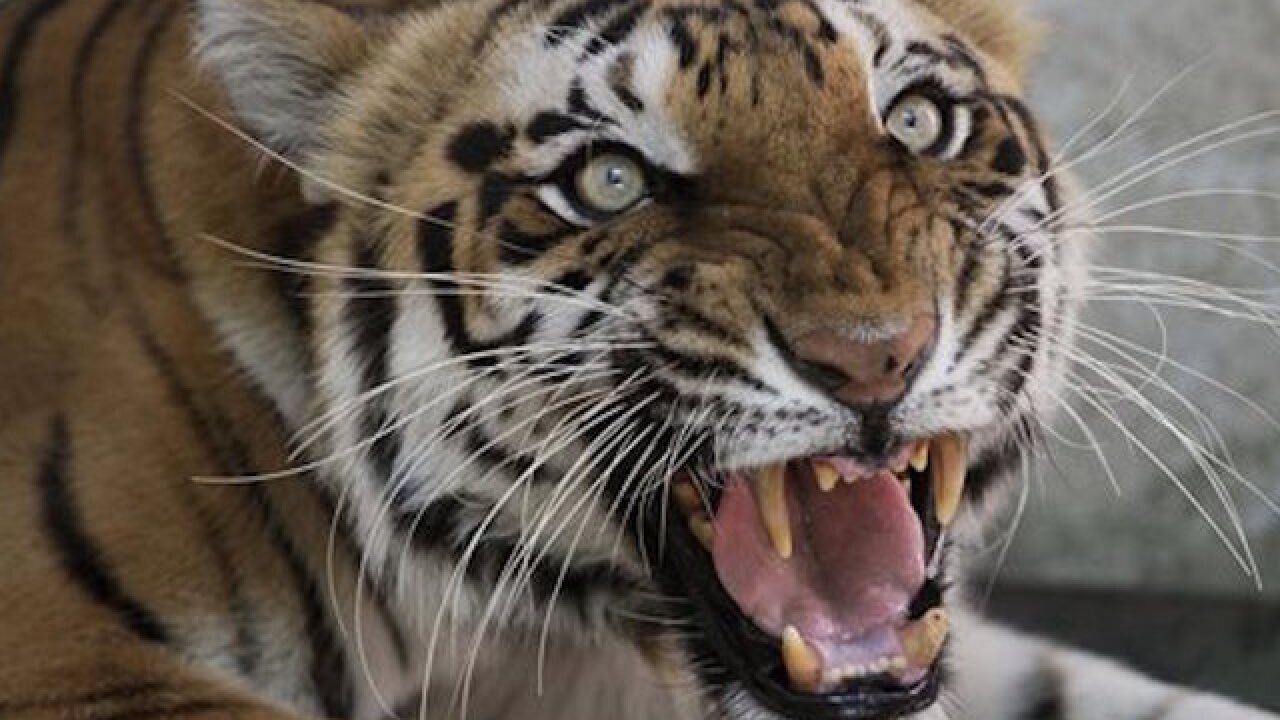 Copyright Associated Press
Ajit Solanki
<p>Monday, March 28, 2011, file photo, Seema, a Royal Bengal tigress, reacts to the camera at the zoo in Ahmadabad, India. Countries with wild tiger populations have agreed to do more to protect tiger habitats that are shrinking drastically because of deforestation and urban sprawl, conservationists said Friday. Representatives from the 13 Asian countries with tigers, meeting this week in New Delhi, issued a resolution acknowledging that the forests in which tigers live are inherently valuable themselves and worthy of protection.(AP Photo/Ajit Solanki)</p>

THE HAGUE, Netherlands (AP) — Two tigers escaped from their enclosure at a Dutch big cat sanctuary Saturday, prompting police to warn residents to stay indoors, but the animals were shot with tranquilizers and never got beyond the sanctuary's outer fence.

"The tigers are back from their adventure and indoors sleeping it off," tweeted the local Dutch municipality of Ooststellingwerf in Friesland province.

Police spokeswoman Nathalie Schubart said the animals had been cornered by officers and tranquilized by a veterinarian as the sanctuary's outer fence was not considered tiger-proof. Schubart said it was not immediately clear how the animals escaped, but a gate to their enclosure could have been left open.

The tigers, reportedly a brother and a sister, did not hurt anyone during their brief foray into the wooded grounds of the sanctuary, which cares for big cats from zoos, circuses and private owners.

Calls to the sanctuary near the village of Oldeberkoop, 140 kilometers (87 miles) northeast of Amsterdam, went unanswered Saturday.