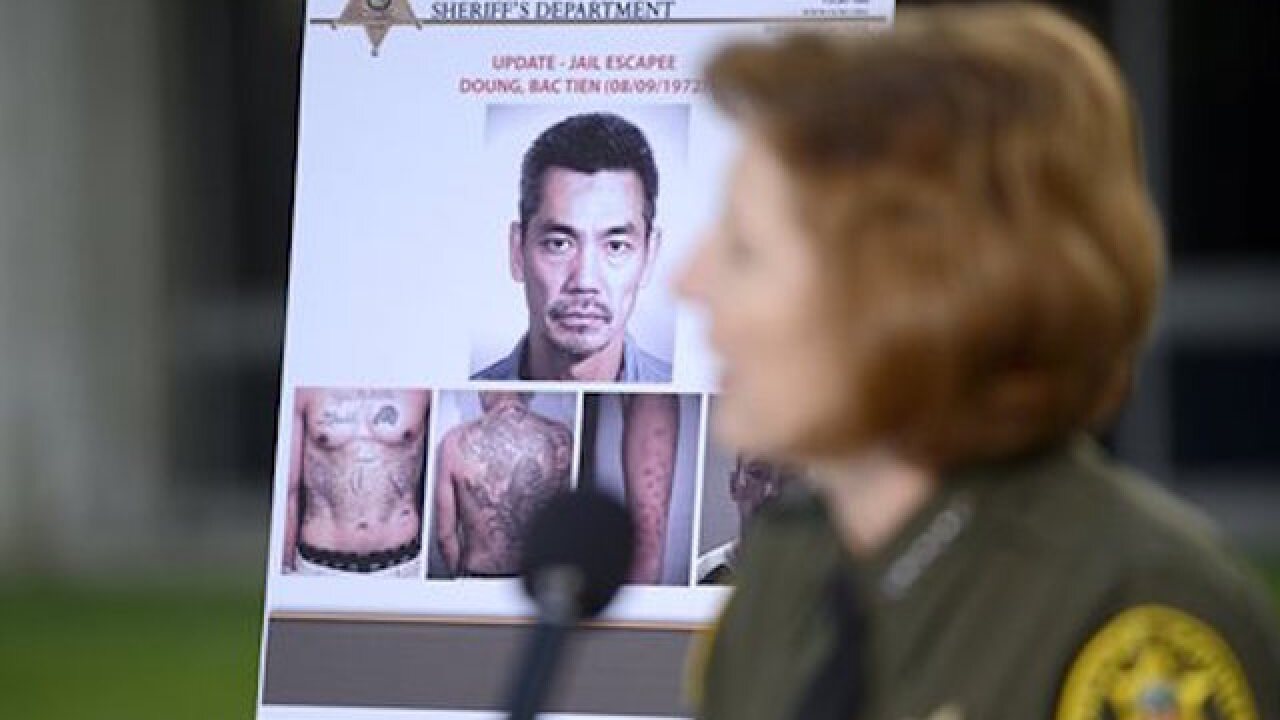 Orange County sheriff's officials said two inmates accused of violent felonies who broke out of a California jail more than a week ago have been taken into custody.

The sheriff's department said Saturday on Twitter that 37-year-old Hossein Nayeri and 20-year-old Jonathan Tieu were arrested by the San Francisco Police Department.

A news conference was scheduled for 12 p.m. Pacific.

Duong surrendered on Friday to a civilian in Santa Ana.