Teens to be tried as adults in homeless murders 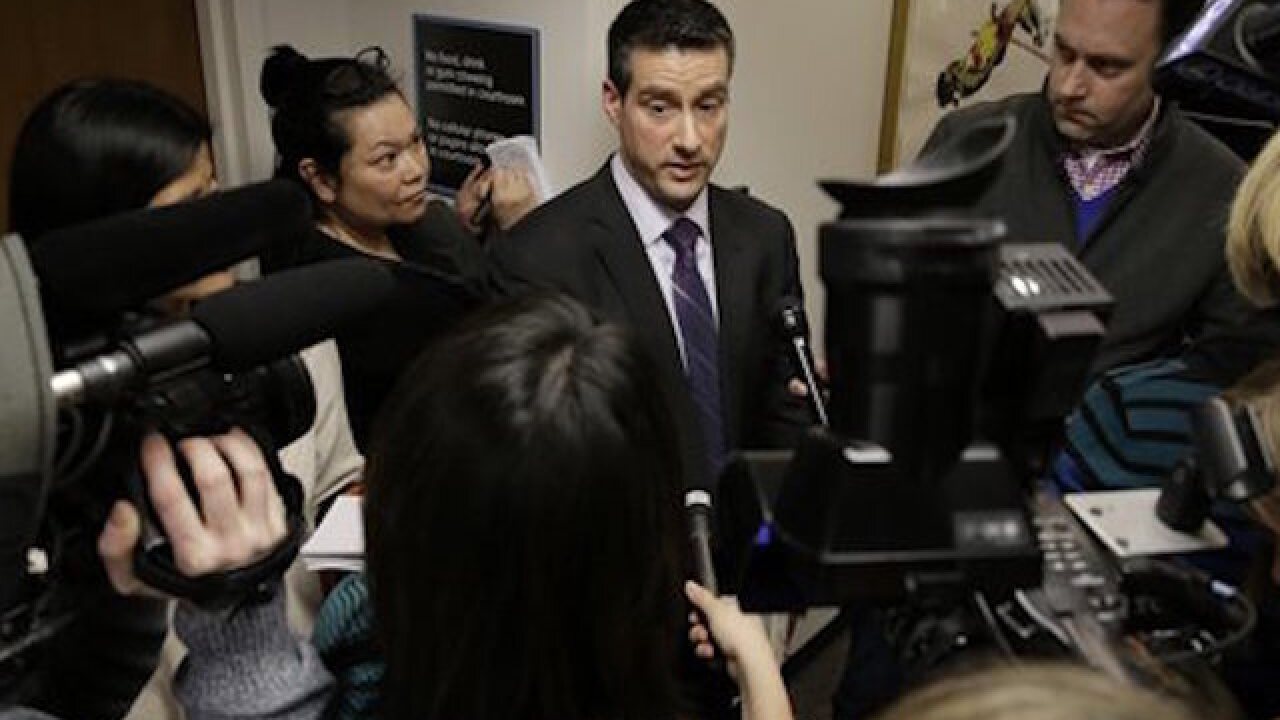 Ted S. Warren
<p>Steve Herschkowitz, center, a senior deputy King County prosecutor, talks to reporters Tuesday, Feb. 2, 2016 in Seattle, following the appearance in juvenile court of one of three teenagers who were arrested Monday, Feb. 1, 2016, and are suspected in a drug-related shooting that left two people dead and three wounded at a well-known Seattle homeless camp. (AP Photo/Ted S. Warren)</p>

SEATTLE (AP) — The oldest two of three homeless teen brothers suspected in a deadly drug-related mass shooting at a Seattle homeless camp last week have been charged as adults, a prosecutor said Thursday.

King County Prosecutor Dan Satterberg said all three have been charged with first-degree murder and assault and that only the youngest would face the allegations in juvenile court.

The shooting came at a homeless encampment near Safeco Field, where the Mariners play. It left two people dead and three wounded and has prompted calls to shut down the encampment, a lawless place that Satterberg noted "is called 'The Jungle' and lives up to its name."

The boys, ages 13, 16 and 17, had been living in tents nearby and told one police informant that they went into the encampment on Jan. 26 to collect a $500 drug debt owed to their mother, authorities said.

They were armed with two handguns — one of which was a .45-caliber that had been reported stolen in 1976, Satterberg said.

The Associated Press typically does not name minors accused of crimes.

This month, the council and mayor announced Seattle will open two parking lots in neighborhoods so those living in RVs and vehicles can safely park.

The "safe lots" will hold about 50 vehicles and have sanitation and garbage service, as well as social services. They are expected to open in the coming weeks.

Some residents have criticized the city actions, saying the moves provide no permanent solutions to the homeless problem. Others have complained of increased human waste, trash and criminal activity at the encampments and worry about crime and other problems.