2 US soldiers evacuated from Afghan battlefield 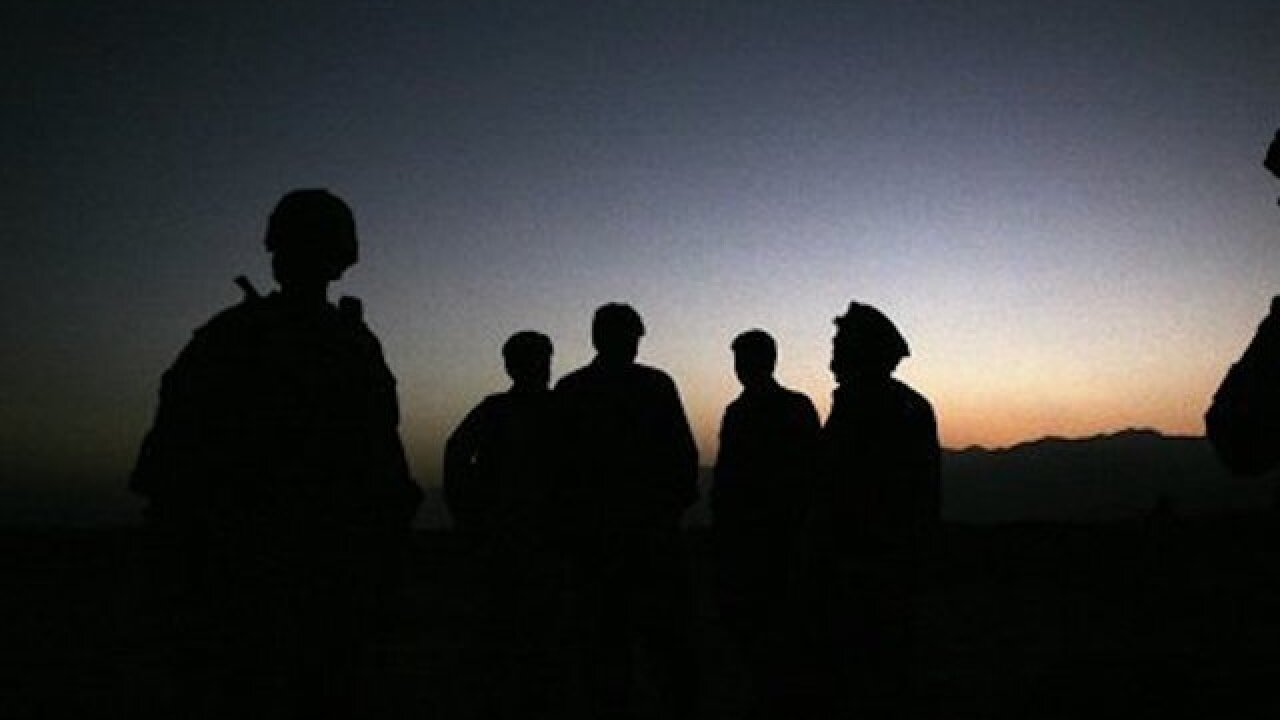 Copyright Associated Press
Maya Alleruzzo
<p>In this Sunday, Oct. 18, 2009 file photo, U.S. Army soldiers stand with Afghan policemen before a joint patrol of Qalanderkhail, outside of Bagram Air Field in Afghanistan. An Afghan official says that a suicide bomber has killed three foreign troops in an attack on a joint Afghan-NATO foot patrol on Monday, Dec. 21, 2015. Mohammad Asim Asim, governor of Parwan province said an attacker on a motorcycle rammed a group of eight troops as they patrolled a village near Bagram Airfield, 45 kilometers (28 miles) north of Kabul. (AP Photo/Maya Alleruzzo, File)</p>

KABUL, Afghanistan (AP) — Two wounded American soldiers and the body of a third have been evacuated from a battlefield in southern Afghanistan after hours of clashes, a U.S. military official said Wednesday.

"All casualties have been evacuated" following fighting the day before near the city of Marjah, in the southern Helmand province, U.S. Army Col. Mike Lawhorn said.

Lawhorn said U.S. special forces were advising their Afghan counterparts during the battle. The U.S. and NATO formally concluded their combat mission a year ago, shifting to a training and advisory role. But U.S. troops are still authorized to carry out counterterrorism raids and combat missions to defend themselves.

The Taliban have recently attacked a number of cities in Helmand, one of several fronts where the insurgents have advanced in the past year.

Helmand, which borders Pakistan, is a particular prize for the Taliban as most of the world's opium, the raw material for heroin, is grown along its river valley. The drug trade, along with other contraband like arms and minerals, help fund the insurgency.

The Afghan army has launched an operation in Marjah and the district of Sangin, the scene of fierce fighting last month, to clear them of insurgents, Lawhorn said.

The Helmand governor's spokesman, Omar Zawaq, said troops had reopened the main Marjah highway, which insurgents had closed a day earlier. But he said communications were not good enough to know what progress was being made on the battlefield.

The re-opened highway was allowing reinforcements and supplies to get through, Defense Ministry spokesman Dawlat Waziri said. Access to the town had been hampered by Taliban mines and a destroyed bridge, he added.