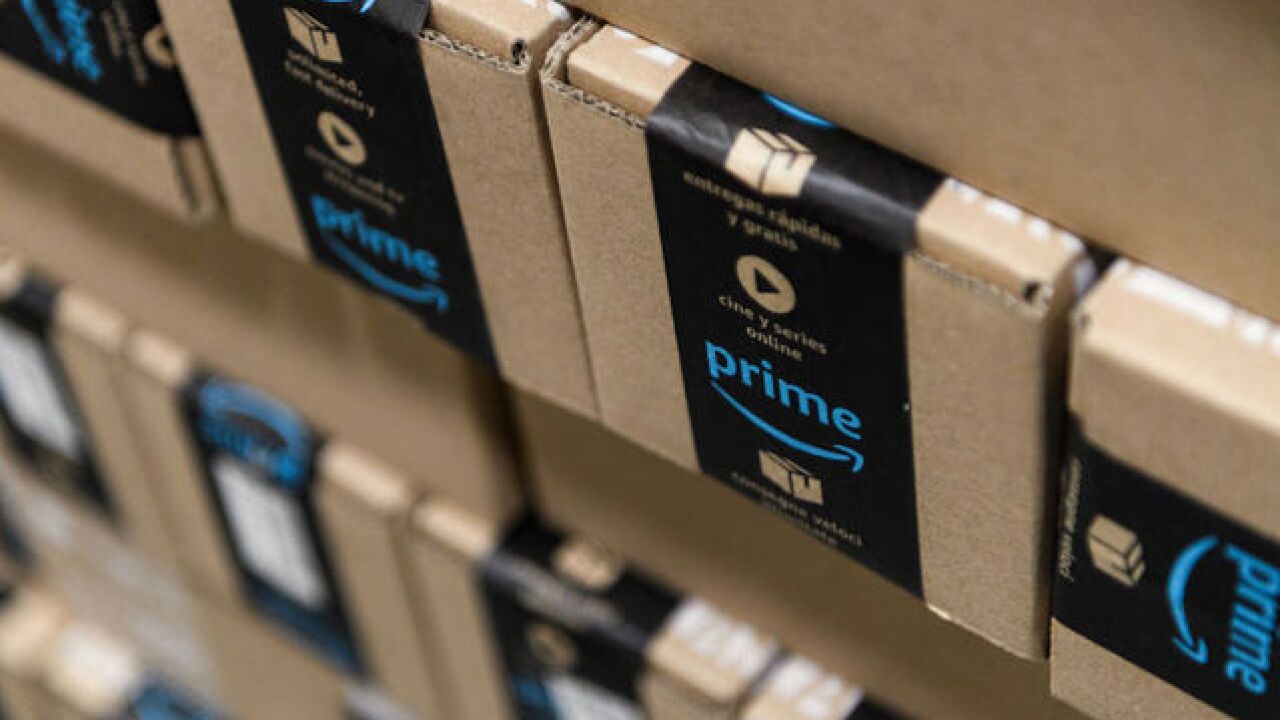 Image copyright 2018 Getty Images. All rights reserved. This material may not be published, broadcast, rewritten, or redistributed.
LEON NEAL
<p>Items in "Amazon Prime" branded packaging are seen at the Amazon Fulfillment Centre in Hemel Hempstead, England.</p>

Two dozen workers at an Amazon fulfillment center in New Jersey were taken to hospitals Wednesday after an aerosol canister of bear repellent fell off a shelf and discharged fumes inside the building, a spokesperson for Robbinsville Township told CNN, citing a preliminary investigation.

Employees reported experiencing difficulty breathing and burning sensations in their eyes and throat, said John Nalbone, spokesperson for Robbinsville Township, where the fulfillment center is located.

Emergency personnel responded to a morning 911 call that 54 workers at the fulfillment center were experiencing symptoms, Nalbone said. Twenty-four workers were taken to local hospitals, including one in critical condition, he said.

It appears to be an accidental dispersal, he said, adding EMS is still on scene conducting triage.

Bear repellent spray is similar to a can of pepper spray and is intended to deter an aggressive or charging bear. The US Fish and Wildlife Service recommends bear repellent spray as both safer and more effective than a firearm in fending off bear attacks.

"Today at our Robbinsville fulfillment center, a damaged aerosol can dispensed strong fumes in a contained area of the facility," she said.

"The safety of our employees is our top priority, and as such, all employees in that area have been relocated to safe place and employees experiencing symptoms are being treated onsite. As a precaution, some employees have been transported to local hospitals for evaluation and treatment. We appreciate the swift response of our local responders."

Nalbone said the call came in at approximately 8:50 a.m. to the Robbinsville EMS/911 system. One wing of the 1.3 million square foot center was evacuated, he added.