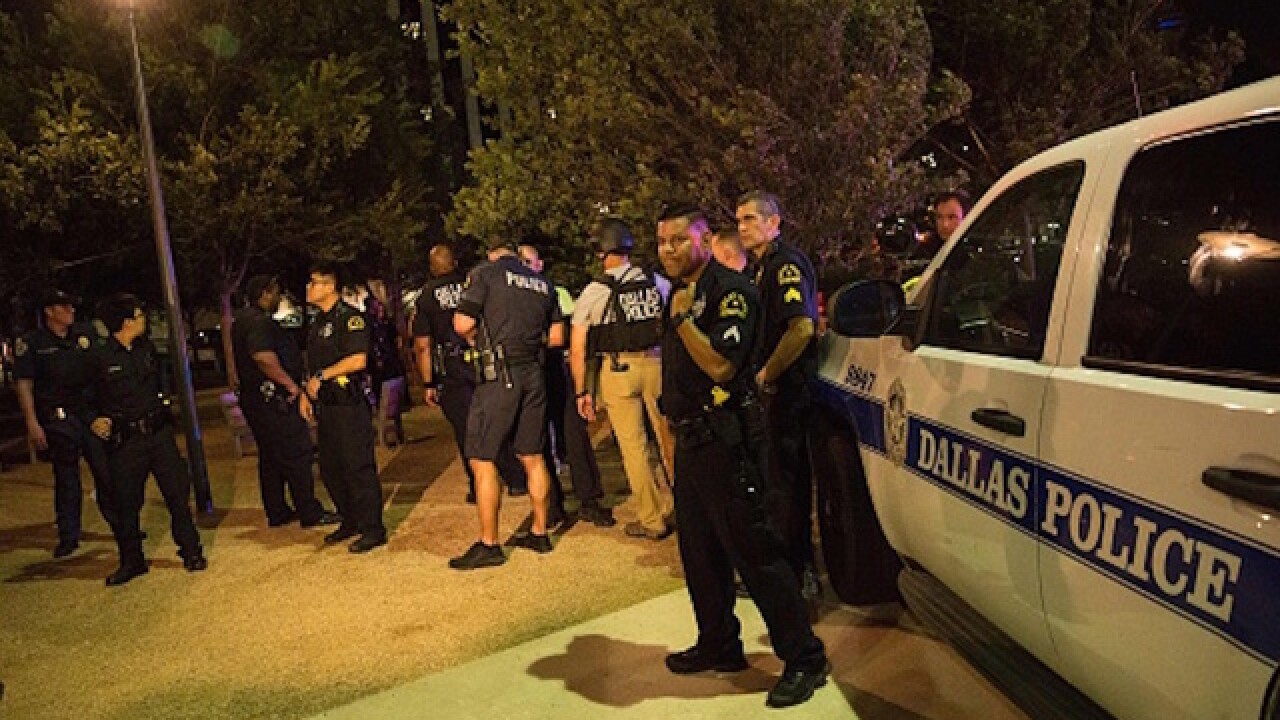 Copyright 2018 Scripps Media, Inc. All rights reserved. This material may not be published, broadcast, rewritten, or redistributed.
LAURA BUCKMAN
Police cars sit on Main Street in Dallas following the sniper shooting during a protest on July 7, 2016. A fourth police officer was killed and two suspected snipers were in custody after a protest late Thursday against police brutality in Dallas, authorities said. One suspect had turned himself in and another who was in a shootout with SWAT officers was also in custody, the Dallas Police Department tweeted. / AFP / Laura Buckman (Photo credit should read LAURA BUCKMAN/AFP/Getty Images)

Texas has not been immune to officers dying in the line of duty, as 10 officers have died while in uniform in the state since the start of 2016. Of those who have died in Texas in 2016, five were assassinated during a protest Thursday night in Dallas.

But the Lone Star State is far from alone when it comes to law enforcement fatalities. Take a look below at the number of police killed in each state, per capita, since 1791.

So far in 2016, 26 officers have been shot and killed while on duty, according to the National Law Enforcement Officers Memorial Fund. Take a look below at the rate of law enforcement deaths annually since 1920.

While many police officers are killed in car crashes every year, the leading cause of death for on-duty officers since 2004 has been shootings. See below for a full look at the causes of police officer deaths from 2004 to 2014.

It's been reported that Thursday's attack on officers in Dallas was motivated by the shooter's anger over recent police-involved shootings of black men across America. See a list of people recently killed by police in the United States below.

People Recently Killed by Police in the US | Graphiq
Copyright 2016 Scripps Media, Inc. All rights reserved. This material may not be published, broadcast, rewritten, or redistributed.