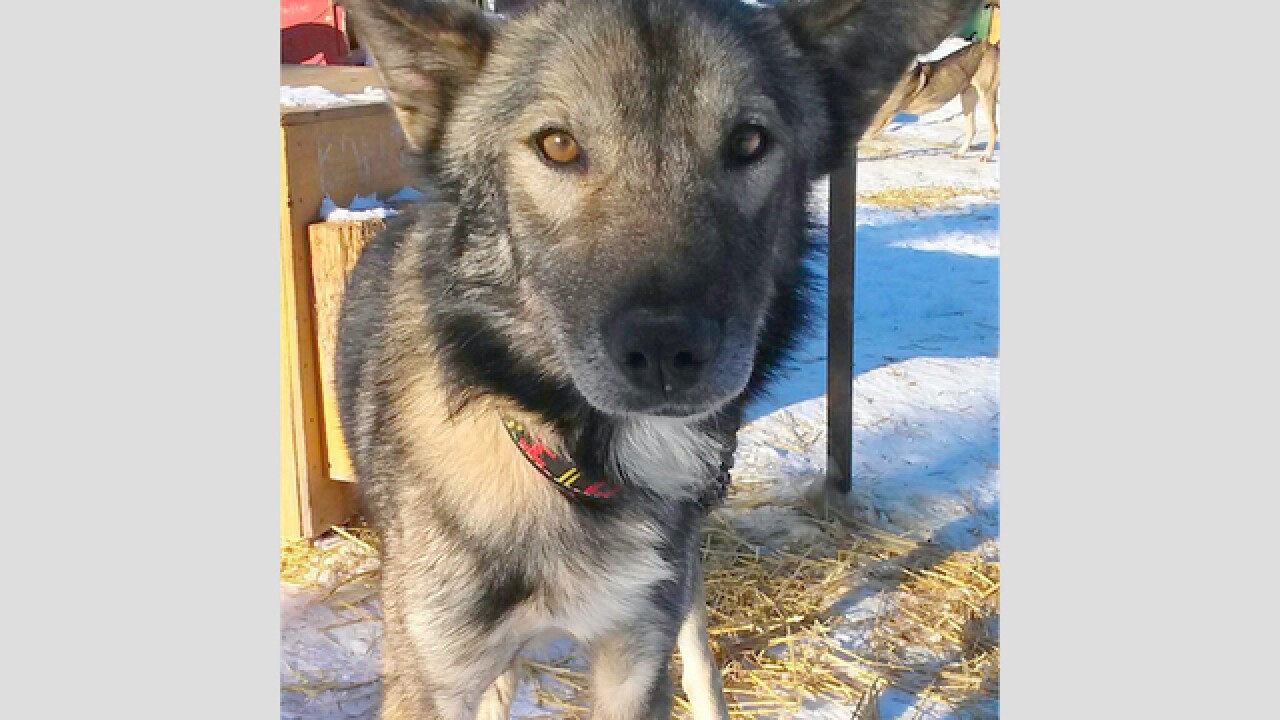 Copyright Associated Press
<p>This undated photo provided by Husky Homestead shows Banjo, a dog that was injured when a man drove a snowmobile into teams of two mushers near the front of the Iditarod Trail Sled Dog Race on Saturday, March 12, 2016, in Alaska. The man was arrested Saturday in a Yukon River village. (Maren Johnson/Husky Homestead via AP) MANDATORY CREDIT</p>

A man suspected of intentionally driving a snowmobile into teams of two mushers near the front of the Iditarod Trail Sled Dog Race has been arrested in a Yukon River village.

Demoski spoke to KTUU-TV, saying he was returning home from a night of drinking when he struck Aliy Zirkle and Jeff King's teams early Saturday morning.

The crashes killed one of King's dogs and injured at least two others. One of Zirkle's dogs also was injured. Iditarod officials at first reported King had been injured. But the four-time champion said later the snowmobile had missed both him and his sled.

Demoski said when he woke up Saturday morning and heard what had happened to the mushers, he checked his snowmobile and realized he had done it. The snowmobile was missing a part and had rust-colored stains, he said.

Demoski said he doesn't remember the collisions, which the Iditarod described as apparently intentional attacks.

Zirkle, 46, who finished second three times from 2012 to 2014, was mushing from Kokukuk to Nulato, a run of less than 20 miles (32.19 kilometers) on the Yukon River, when she was hit, race marshal Mark Nordman said Saturday.

The snowmobile hit the side of Zirkle's sled about 5 miles (8.05 kilometers) outside of Koyukuk, turned around multiple times and came back at her before driving off, Alaska State Troopers spokeswoman Megan Peters said by email.

The snowmobile reappeared 12 miles (19.31 kilometers) outside of Nulato. The driver revved up and was pointed at Zirkle before leaving, Peters said.

Demoski told KTUU that he did not return to harass Zirkle. He said he wanted to check to make sure she was OK.

One dog on Zirkle's team was bruised. Officials described the injury as non-life-threatening.

Zirkle reached Nulato and told a race official the incident had left her shaken.

"I'm really bad. Someone tried to kill me with a snowmachine," she said on a video posted to the Iditarod Insider webpage. Snowmachine is what Alaskans call snowmobiles.

King, a four-time Iditarod champion, was behind Zirkle and fared worse. When King reached the vicinity 12 miles outside of Nulato, his team was struck from behind by the snowmobile.

"One of my dogs was killed pretty much on the spot, and a couple others I gave first aid to the best I could and loaded them into my sled," he told the Iditarod camera crew. "I kind of felt like a triage ambulance."

It did not appear to be an accident, he said. "It seemed like an act of bravado," King said.

Rural Alaska communities have many wonderful people, he said, but they also have serious social problems.

"It is beyond comprehension to me that this was not related to substance abuse," King said, adding that "no one in their right mind would do what this person did."

The race leader early Saturday afternoon was Brent Sass, who left the village of Kaltag at 8:20 a.m.

Zirkle rested four hours in Nulato and dropped one dog before heading back onto the Yukon River with 14 dogs in harness. She reached Kaltag at 10: 44 a.m., and after a nine-minute rest, left again in second place.