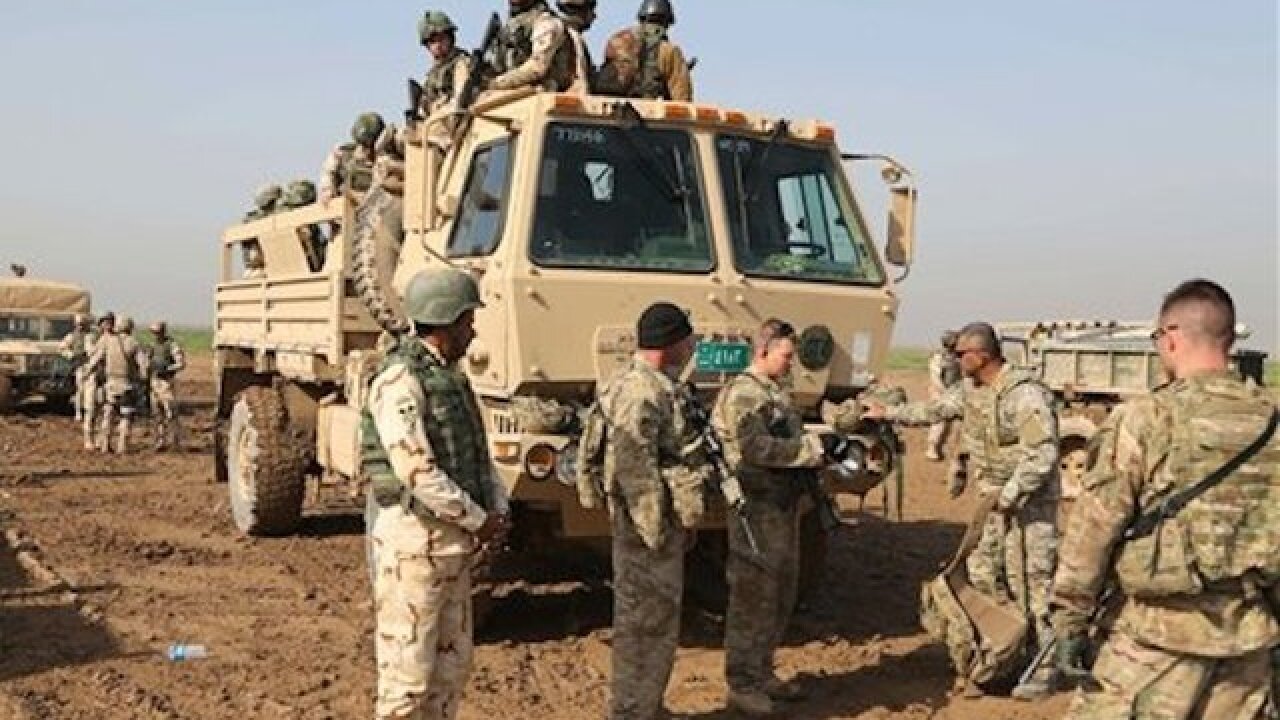 Copyright Associated Press
Karim Kadim
<p> In this Sunday, Jan. 24, 2016 file photo, Iraqi soldiers participate in a training exercise with American and Spanish trainers, which includes live ammunition, at Basmaya base, 40 kilometers southeast of Baghdad, Iraq. U.S. and Iraqi officials cast Ramadi as proof that coalition training efforts have paid off and the Iraqi military has improved since its catastrophic collapse in the summer of 2014.  (AP Photo/Karim Kadim, File)</p>

BAGHDAD (AP) — The three Americans who were abducted in Baghdad last month have been freed, the State Department said Tuesday, and Iraqi officials said they have been handed over to the U.S. Embassy in good health.

"We sincerely appreciate the assistance provided by the Government of Iraq, and its whole-of-government effort to bring about the safe release of these individuals," Mark Toner, a deputy spokesman, said in a statement.

The Iraqi officials, who spoke on condition of anonymity as they were not authorized to brief the press, said the three were freed by Iraqi security forces.

In January, the U.S. embassy in Baghdad confirmed that several Americans had gone missing. Iraqi authorities said the three were kidnapped from a "suspicious apartment."

Iraqi and Western officials said they suspected one of two powerful Shiite militias was behind the kidnapping.

The Americans were abducted in Dora, a mixed neighborhood that is home to both Shiites and Sunnis. It was the latest in a series of brazen high-profile kidnappings undermining confidence in the Iraqi government's ability to control state-sanctioned Shiite militias, which have grown in strength as Iraqi security forces battle the Islamic State group.