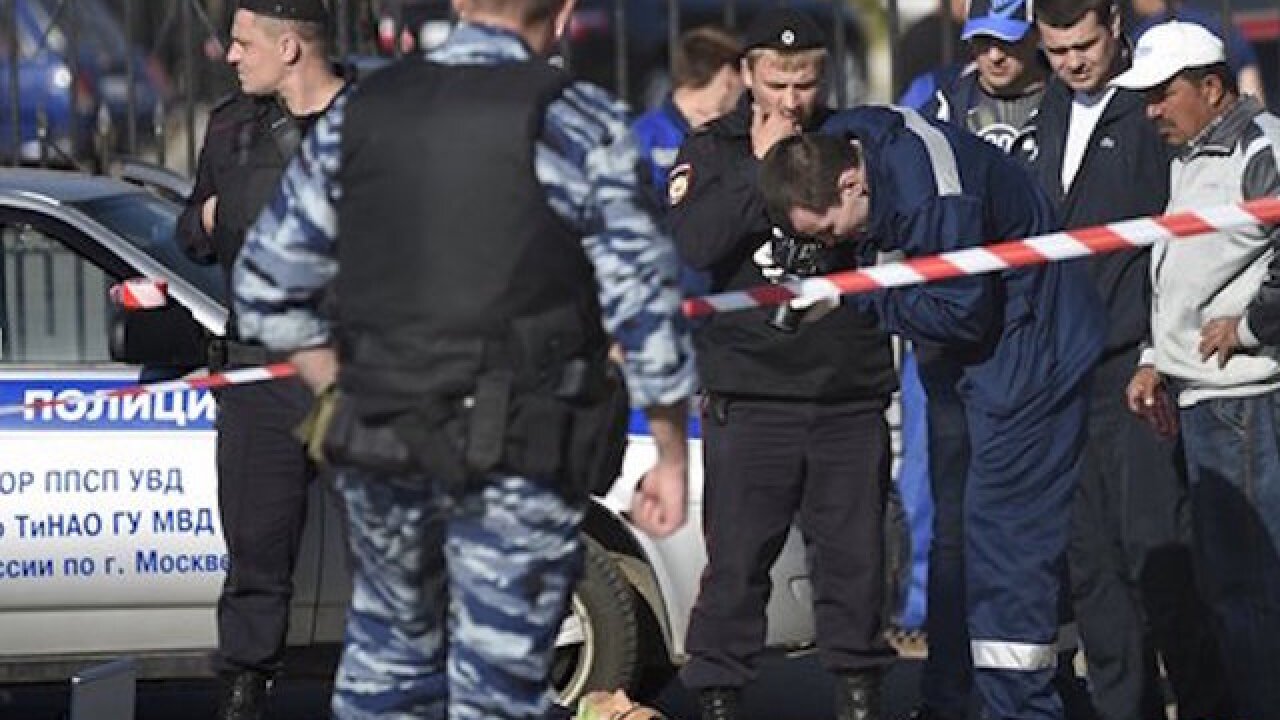 Copyright Associated Press
<p>Police investigators work on the site of a brawl at the Khovanskoye cemetery in in Moscow, Russia, Saturday, May 14, 2016. Moscow police say a brawl at a cemetery involving up to 200 people has left two people dead and 10 wounded. Russian news reports cited police as saying the brawl was believed to have been about control over providing burial services at the sprawling Khovanskoye cemetery in southwest Moscow. (AP Photo)</p>

MOSCOW (AP) — A violent brawl Saturday at a Moscow cemetery involving about 200 people in an apparent turf war left three people dead and 23 others hospitalized, police and health officials said.

Those in the brawl fired guns and used shovels, shovel handles, steel bars and baseball bats against their opponents, Russian news reports said.

Two of those who died were hit by a car driven by someone trying to flee the scene, Moscow police spokeswoman Sofia Khotina told the Interfax news agency. She said the three people in the car, who were armed with pistols, were among more than 50 people detained by police.

The city health department said another person also was killed and four of the 23 hospitalized were in serious condition.

Police said the brawl was believed to have been about who controls providing burial services at the sprawling Khovanskoye cemetery in southwest Moscow.