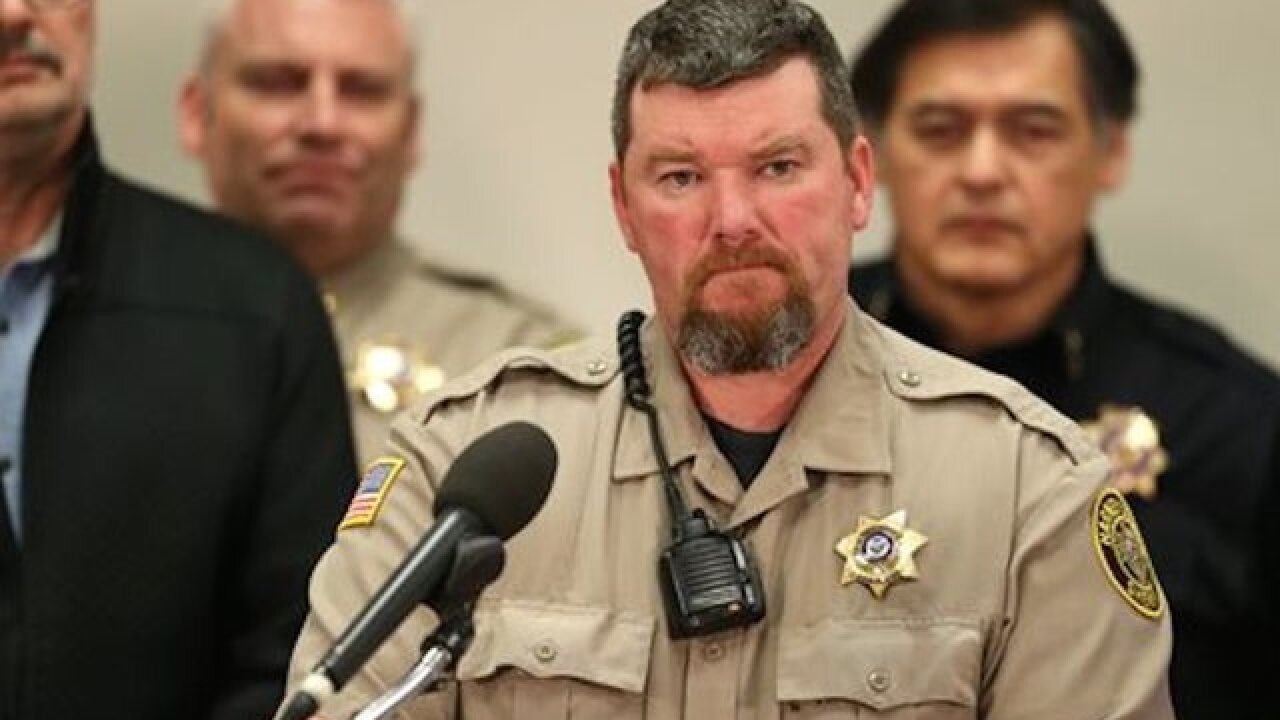 The three arrests Wednesday came a day after the arrests of leader Ammon Bundy and seven others and the death of another occupier in a confrontation with law enforcement.

The group, which has included people from as far away as Arizona and Michigan, seized the headquarters of the Malheur National Wildlife Refuge on Jan. 2. They want federal lands turned over to local authorities.

The FBI and Oregon State Police said that 45-year-old Duane Leo Ehmer of Irrigon, Oregon, and 34-year-old Dylan Wade Anderson of Provo, Utah, turned themselves in around 3:30 p.m. Wednesday. And 43-year-old Jason S. Patrick of Bonaire, Georgia, did the same a few hours later.

After Bundy made his first court appearance in Portland on Wednesday, his attorney, Mike Arnold, read this statement from his client: "Please stand down. Go home and hug your families. This fight is now in the courts."

It was unclear whether the rest of Bundy's followers still holed up at the Malheur National Wildlife Refuge south of Burns were ready to heed his advice. It was believed perhaps a half-dozen remained late Wednesday.

Meanwhile, details began to emerge about the confrontation Tuesday on a remote highway that resulted in the death of Robert Finicum.

Bundy followers gave conflicting accounts of how Finicum died. One said Finicum charged at FBI agents, who then shot him. A member of the Bundy family said Finicum did nothing to provoke the agents.

An Oregon man who says he witnessed the shootout says he heard about a half-dozen shots but didn't see anyone get hit, and that the shooting happened quickly — over maybe 12 or 15 seconds. Raymond Doherty told Portland TV station KOIN-TV that he was about 100 feet back and couldn't see who specifically was shooting. But, he added, "I saw them shooting at each other."

Authorities refused to release any details about the encounter or even to verify that it was Finicum who was killed.

FBI agent Greg Bretzing defended the FBI-led operation. "I will say that the armed occupiers were given ample opportunities to leave peacefully," he said.

Also on Wednesday, a federal judge in Portland unsealed a criminal complaint that said the armed group had explosives and night-vision goggles and that they were prepared to fight at the refuge or in the nearby town of Burns.

Someone told authorities about the equipment on Jan. 2, the day the group took over Malheur National Wildlife Refuge, according to the document.

Bundy and the seven others are charged with felony counts of "conspiracy to impede officers of the United States from their official duties through the use of force, intimidation, or threats."

The criminal complaint says the refuge's 16 employees have been prevented from reporting to work because of threats of violence.

Federal law officials and Harney County Sheriff Dave Ward held a news conference on Wednesday in which they called on the rest of the occupiers to go home. There is a huge law enforcement presence in the region, and the FBI has now set up checkpoints outside the refuge.

In a video posted to Facebook, Mark McConnell said he was driving a vehicle carrying Ammon Bundy when he and a truck driven by Finicum were stopped by agents in heavy-duty trucks.

When agents approached the truck driven by Finicum, he drove off with officers in pursuit. McConnell said he did not see what happened next, but he heard from others who were in that vehicle that they encountered a roadblock.

The truck got stuck in a snowbank, and Finicum got out and "charged them. He went after them," McConnell said.

Relatives of Ammon Bundy offered similar accounts, but they said Finicum did nothing to provoke FBI agents.

Briana Bundy, a sister of Ammon Bundy, said he called his wife after his arrest.

She said people in the two vehicles complied with instructions to get out with their hands up.

"Ammon said, 'They murdered him in cold blood,'" she added.

McConnell had a different perspective.

"Any time someone takes off with a vehicle away from law enforcement after they've exercised a stop, it's typically considered an act of aggression, and foolish," he said in the Facebook video.

Ammon and Ryan Bundy are the sons of Nevada rancher Cliven Bundy, who was involved in a high-profile 2014 standoff with the government over grazing rights.

The group they led came to the frozen high desert of eastern Oregon to decry what it calls onerous federal land restrictions and to object to the prison sentences of two local ranchers convicted of setting fires.

In nearby Burns, 80-year-old Bev Schaff said the occupation has "split this town."

"Some people are for it and some against it. But I think everyone is ready for it to be over," Schaff said.