Victims forced to go into ATMs, take out all money 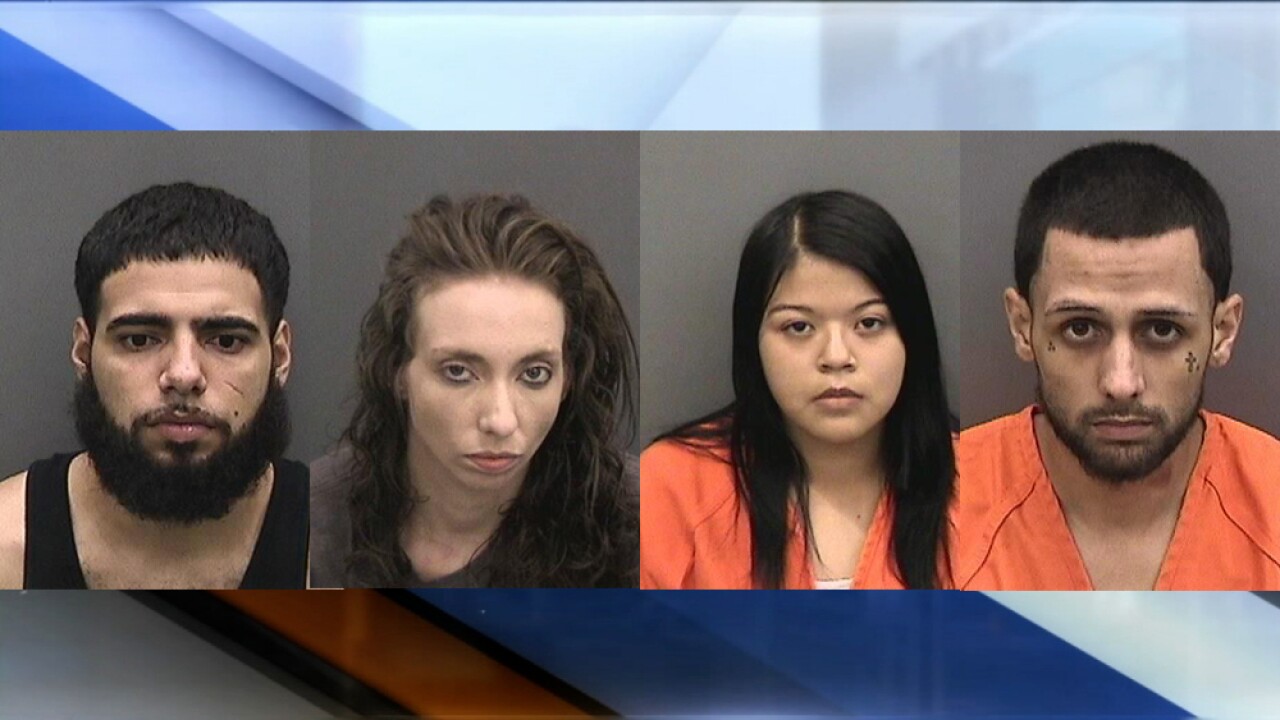 PLANT CITY, Fla. — Four suspects have been arrested after police say they lured victims via a Facebook post to a Plant City home where the victims were then robbed, beaten and kidnapped. One additional suspect is on the run with an active arrest warrant.

According to Plant City Police, at least three men were lured to the home in mid-June under the guise of socializing with an attractive woman. When they arrived, a woman met them in the driveway and escorted them inside. Then, the victims were robbed and "viciously tortured" and beaten. Investigators say they were beaten, kicked and pistol-whipped throughout the night.

When the victims withdrew all their money, the suspects allegedly dumped the victims but kept their cars, money and cell phones.

Nolasco allegedly discussed the kidnapping case with Long over the phone several times while Long was in jail. Unbeknownst to them, the calls were recorded due to department policy. The two allegedly argued about incriminating videos that were possibly saved on the seized phones.

This story was originally published by Isabel Rosales on WFTS in Tampa, Florida.