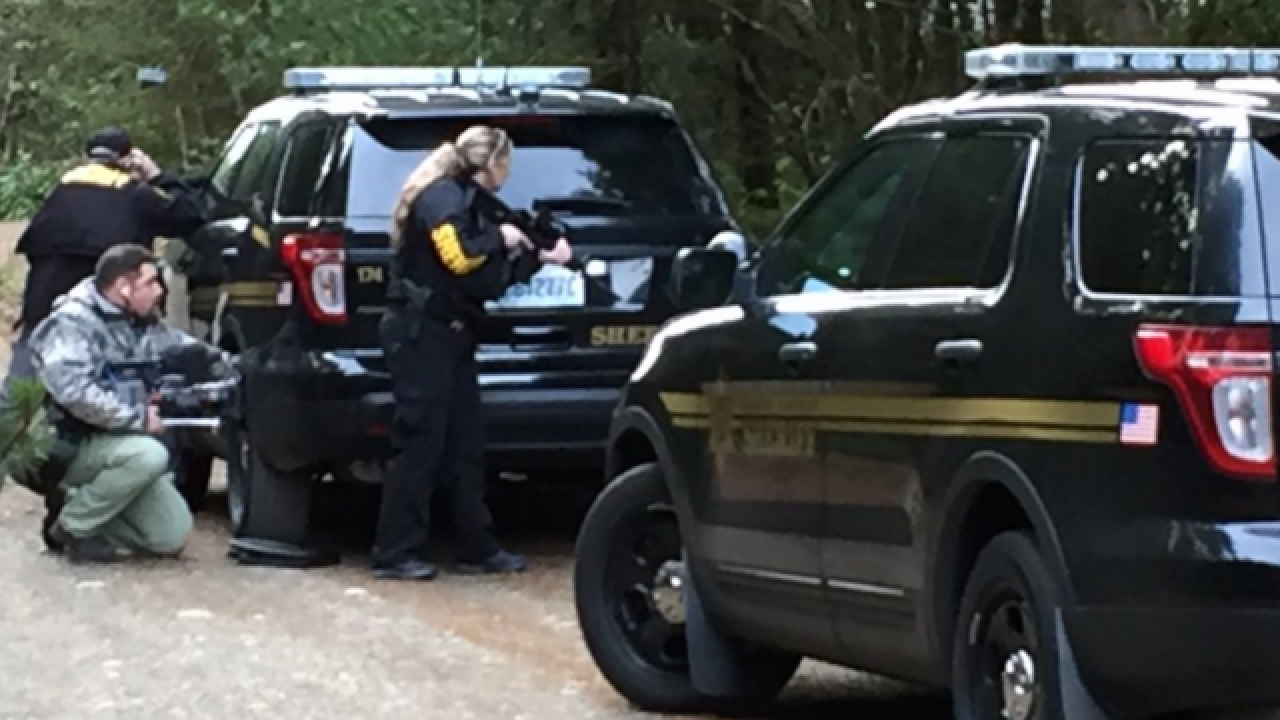 Authorities have confirmed that five people have died, including the gunman, in a standoff in Belfair, Wash.

According to King 5 in Seattle, authorities said an armed man called 911 to say he had shot four people in a private home. The possible victims included the man's wife, two children, and someone else.

The man then shot himself in front of officers.

Authorities said there was one teenage girl in the house who was taken to the hospital as a precaution.