5 things about the College Football Playoff 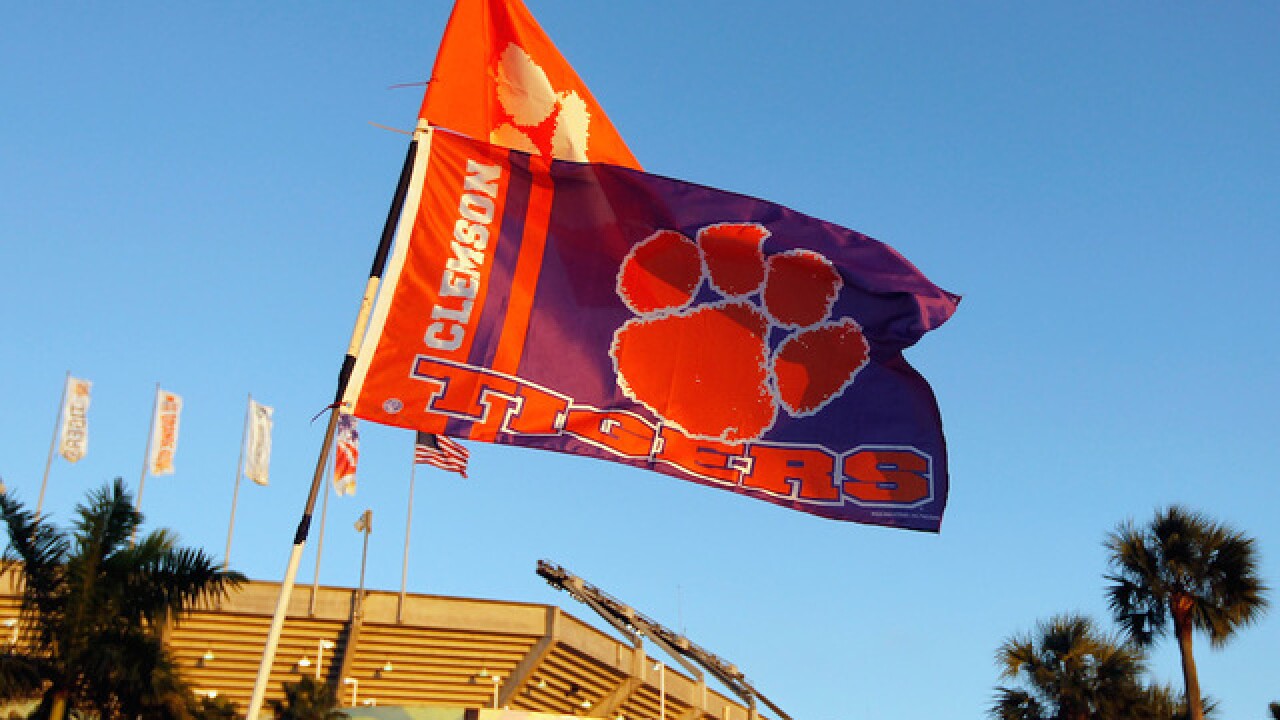 Thursday marks the start of the second annual College Football Playoff with four teams battling for two spots in the national title game on Jan. 11.

Thursday’s first semifinal matchup pits No. 1 Clemson against No. 4 Oklahoma in the Orange Bowl at 4 p.m. Eastern time. That game will be immediately followed by the Cotton Bowl matchup between No. 2 Alabama and No. 3 Michigan State.

Here are five things you should know about Thursday's contests.

The Rose Bowl has traditionally been played on New Year’s Day, and features a nationally televised parade during the morning. Had the College Football Playoff moved the semifinals to New Year’s Day permanently, the Rose Bowl likely would have had to move the time of its game from the coveted late afternoon slot on New Year’s Day to some other time.

It will be interesting to see how playing the games on New Year’s Eve will affect ratings. Last year, ESPN saw incredible ratings for the inaugural College Football Playoff matchups on New Year’s Day.

Clemson comes into its matchup against Oklahoma as the only unbeaten team left in college football with an impressive 13-0 record. Despite being the top-ranked team coming into this year’s playoff, Vegas odds makers favor No. 4 Oklahoma to beat Clemson. Those same odds makers have Alabama as a nearly 1-to-1 favorite to win the title.

While Clemson had an impressive home win against Notre Dame this season, the Tigers barely bested South Carolina and North Carolina to close the season.

“When you don't do the right things, there's consequences,” Swinney said. “It's just really that simple. It's not a very complicated matter at all, just got 115 guys, and 112 of them did what's right and three of them didn't. So they don't have the opportunity they forfeit the opportunity and the privilege to be a part of the game.”

3) Alabama back in the playoff

Of the four teams in this year’s College Football Playoff, only Alabama has been there before. Ohio State, the eventual national champions, upset Alabama in the semifinals last year as the Crimson Tide fell 42-35.

With many of the players and coaches in the program familiar with the spotlight of playing in the College Football Playoff, the Crimson Tide’s experience is a factor as to why the squad is favored to win this year’s playoff.

“I felt like our team did not play the way you would like for them to play. And I think they felt the same way, very disappointed,” Saban said. “And I think that probably was one of the catalysts for this year's teams sort of having something to prove. And so far, they've done the things that they need to do to be able to give themselves another opportunity to see how they could play in a playoff game.”

MSU needed a bit of luck to get to the playoff. MSU defeated Michigan after UM fumbled a punt at the end of the game, and the Spartans returned the fumble for a touchdown. After going on to defeat Ohio State, the Spartans won the Big Ten title by defeating Iowa in the conference’s championship game.

The Spartans will send in a trio of running backs, LT Scott, Gerald Holmes and Madre London, to counter Alabama’s top-ranked rushing attack.

“You are only an underdog if you think you are an underdog,” MSU head coach Mark Dantonio said. “We have never played that card. We have always gone into things saying, ‘We got a chance to win a football game.’ I think that's still the case.”

5) Oklahoma to light up scoreboard

The potential for a shootout in Thursday’s Orange Bowl is a real possibility. Oklahoma enters the New Year’s Eve showdown with the second-best scoring offense in college football.

While Oklahoma’s offense is one of the most efficient attacks in college football, Clemson is capable of scoring at will as well. Clemson was 16th in Division I with 38.5 points per game. And both teams have strong enough defenses as both squads have on average keep opponents below three touchdowns per game.

“Everything we do is fast, so the tempo part of it, we've seen a lot," Swinney said. "We just played North Carolina, who's probably the fastest team in the country in what they do.I think with our league and the schedule we play, we see a little bit of everything, so that part of it is not going to overwhelm us. It's more the personnel. It's one thing to play fast, it's another thing to play fast with a lot of good people, and that's what they have, so that's more our focus.”