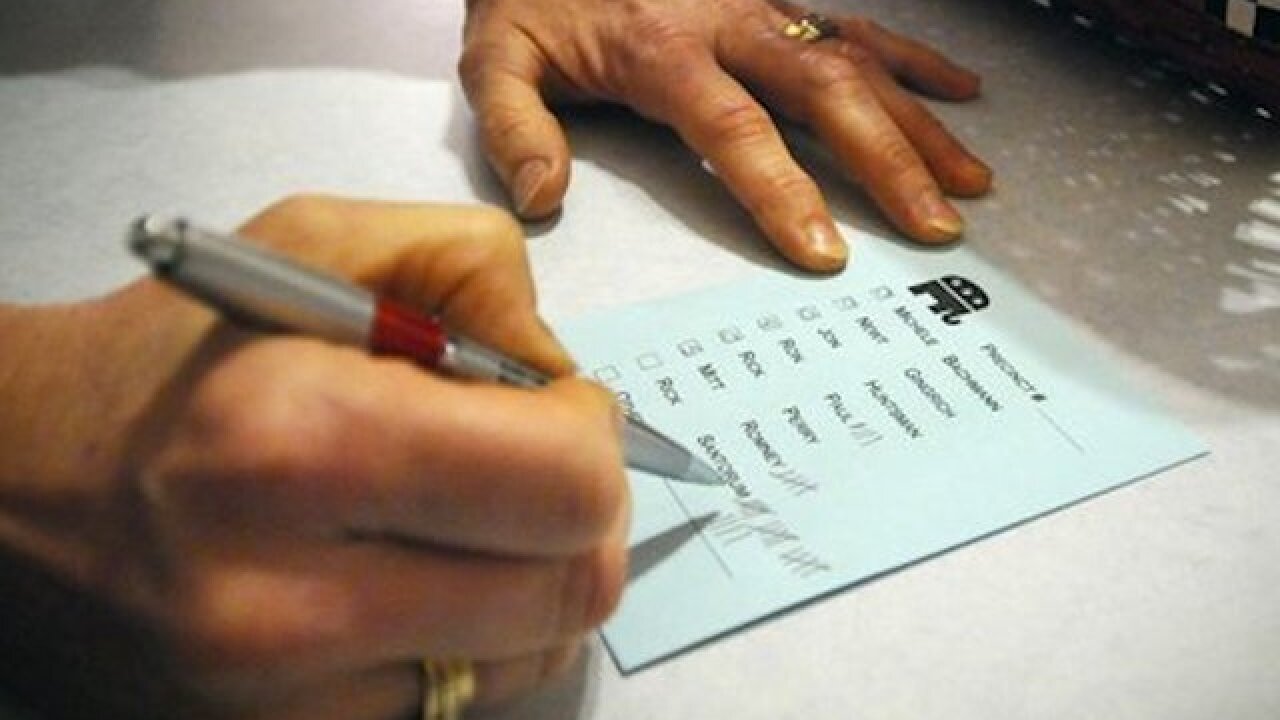 Copyright Associated Press
Dave Weaver
<p>In this Jan. 3, 2012 file photo, votes are tallied during a caucus of precinct 42 near Smithland, Iowa. More than 40 years ago, a scheduling quirk vaulted Iowa to the front of the presidential nominating process, and ever since most White House hopefuls have devoted enormous time and money to a state that otherwise would get little attention. (AP Photo/Dave Weaver, File)</p>

For 44 years, the Iowa caucuses have been the official starting point for America’s presidential election season. On Monday night, zealous voters in Iowa will pledge their allegiances to the candidate who they hope will represent their party in the 2016 presidential contest.

But in many cases, the winner in Iowa has not gone on to earn the ultimate nomination. Listed below are the seven Iowa caucus winners — Democrats and Republicans — who ended up losing the nomination.

Before running for president in 2012, Rick Santorum served as a U.S. Senator from Pennsylvania. His campaign took off in Iowa, when he beat eventual GOP nominee Mitt Romney by 34 votes. He went on to win in other states, including Colorado, Oklahoma and Missouri but eventually dropped out in April 2012.

Former Arkansas Governor Mike Huckabee is currently running for president again but his first rodeo came in 2008, when he won the Iowa caucus in decisive fashion. Huckabee finished third to eventual nominee John McCain in New Hampshire. He would win a handful of other states on Super Tuesday but dropped out of the race in March 2008.

Longtime U.S. Senator Tom Harkin — of Iowa — won the caucus in his home state by a landslide in 1992. He unsurprisingly wrapped up over 76 percent of the vote there, while eventual nominee Bill Clinton enticed only 2.8 percent of Iowa voters. Harkin did not win any other states and withdrew from the race during primary season, putting his support behind Clinton.

Dick Gephardt — a longtime U.S. Representative from Missouri — was a serious contender for the Democratic nomination in 1988. After winning Iowa with 31.3 percent of the vote, Gephardt finished second in New Hampshire and won the South Dakota primary. But his campaign’s funding floundered in March, forcing him to drop out of the race. Eventual nominee Michael Dukakis finished third in Iowa.

Senator Bob Dole from Kansas surprisingly topped then-Vice President George H.W. Bush by a wide margin at the 1988 Iowa Republican caucus. He also won primaries in South Dakota and Minnesota but was defeated by Bush in key states across the South. Dole would later successfully earn the GOP presidential nomination for a 1996 run against Bill Clinton.

It’s unfair to call George Bush’s 1980 presidential campaign an all-out “flop” because he did end up in the White House, only serving as vice president. He won the 1980 Iowa Republican caucus by a slim margin of about 2,000 votes to eventual nominee Ronald Reagan. Bush lost big to Reagan in New Hampshire but stuck around through primary season, eventually dropping out of the race in May 1980.

A Senator from Maine, Edmund Muskie was an anti-war candidate during the Vietnam War. He was considered the favorite for the 1972 Democratic nomination so it wasn’t a shock when Muskie won the Iowa caucus — but he eventually lost the nomination to Senator George McGovern. Muskie’s failure was allegedly the result of dirty politics from Republican Richard Nixon’s campaign, including a forged letter to the editor of a New Hampshire newspaper which damaged Muskie’s campaign beyond repair.