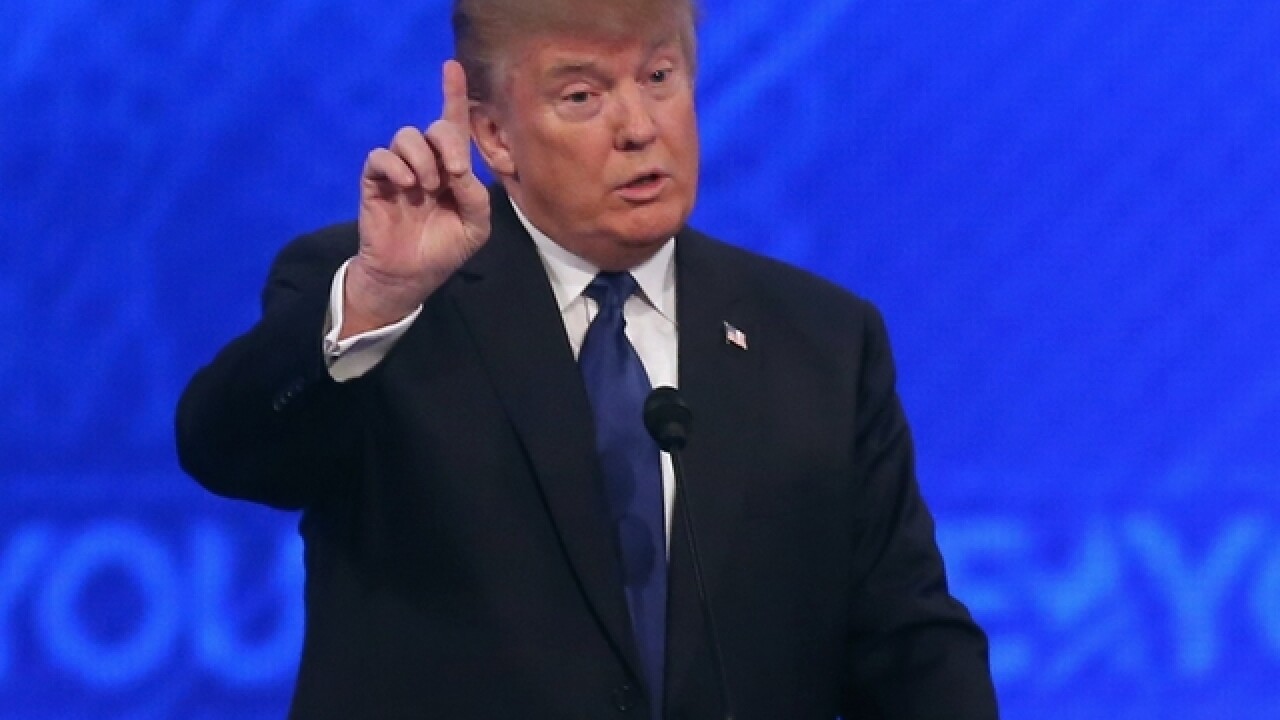 Since June 16, 2015, Donald Trump’s presidential campaign has mobilized millions of angry Americans behind his cause. But in between his promises to “make America great again,” Trump has offended people from various races, nationalities and genders.

Let’s relive seven things Trump has said during his presidential campaign so far, beginning with his most recent slander, that some consider offensive.

At a campaign rally in New Hampshire — less than 24 hours before the state’s primary voting began — Trump seized an opportunity to slam his closest competitor for the Republican nomination. When an audience member shouted “He’s a p--sy,” referring to Sen. Ted Cruz, Trump repeated the insult verbatim into his microphone. His followers cheered in delight.

During his presidential campaign, Trump has taken time to insult virtually every one of his opponents, whether Republican or Democrat. Just before Christmas, he used a vulgar Yiddish term to describe Hillary Clinton’s Democratic nomination loss in 2008 to Barack Obama. “She was favored to win and she got schlonged. She lost.” The word “schlong” is Yiddish slang for male genitals.

Trump has proven to be an equal-opportunity offender. He proved this in November 2015, when he turned his ire to a New York Times reporter who suffers from a physical disability. “You oughta see this guy: ‘Uh, I don’t know what I said, uh, I don’t remember,” Trump said at a rally in South Carolina, while mocking the man’s limited range of arm motion. Trump denied mocking the reporter but accused him of “using his disability to grandstand,” according to CNN.

In a Rolling Stone magazine cover story from September 2015, Trump reacted with disgust after seeing an image of Republican competitor Carly Fiorina on television. “Look at that face!,” Trump is quoted as saying. “Can you imagine that, the face of our next president?!,” he continued.

After the first Republican presidential debate, Trump was angry about what he perceived to be unfair questions aimed at him by moderator Megyn Kelly. In an interview with CNN the next day, Trump said of Kelly, “You could see there was blood coming out of her eyes, blood coming out of her…” He then paused slightly before finishing, “wherever.” Many took the comment as being insensitive toward women but Trump later claimed he meant Kelly’s nose.

Shortly after Trump began his campaign, he fired some vitriolic comments at Sen. John McCain, a well-known Navy veteran who was a prisoner of war while serving in Vietnam. “He’s not a war hero. He was a war hero because he was captured. I like people who weren’t captured,” Trump said before a crowd in Iowa. Trump quickly denied saying McCain wasn’t a war hero but criticized him for doing “very little for the veterans.”

At his announcement to run for president, Trump kicked off his campaign by pulling no punches in talking about America’s neighbor to the south. Speaking about illegal immigration, Trump said, “The U.S. has become a dumping ground for everybody else’s problems. When Mexico sends its people, they’re not sending their best … They’re bringing drugs. They’re bringing crime. They’re rapists,” Trump declared.