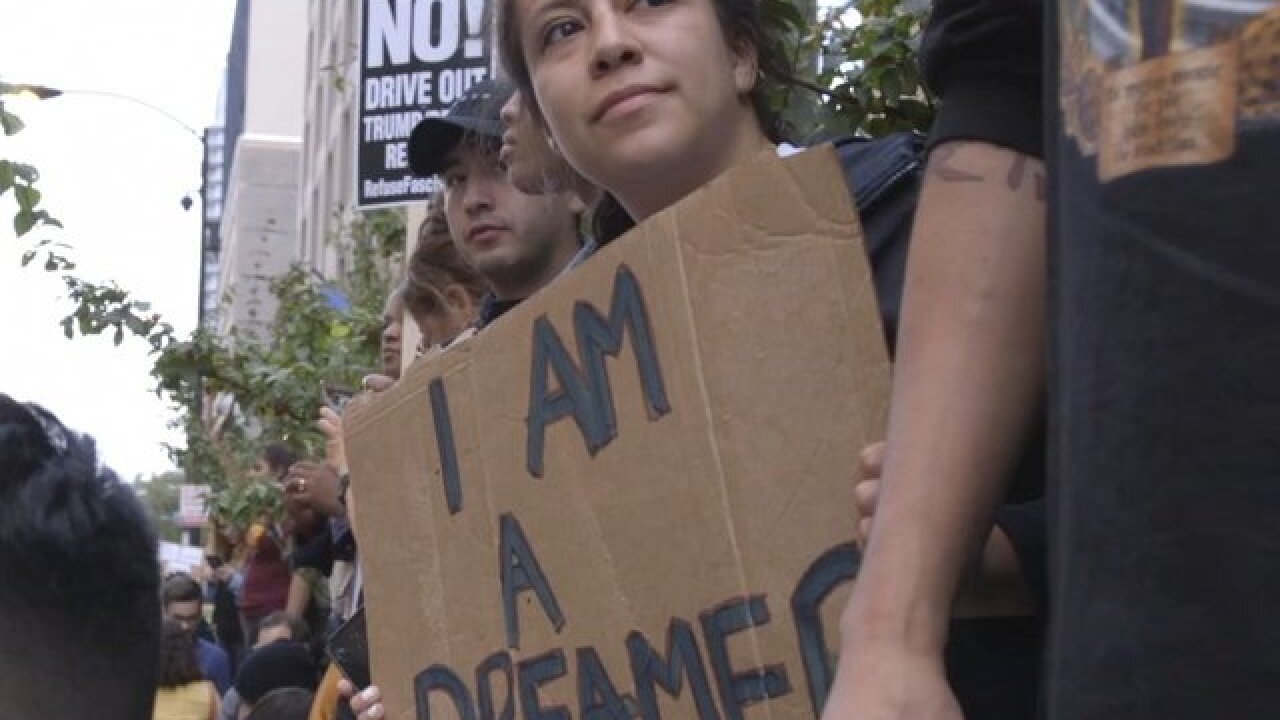 The future of the Deferred Action for Childhood Arrivals program got murkier Tuesday when the Texas attorney general made good on a threat to challenge it in court.

The lawsuit throws a wrench in an already-complicated legal morass for the DACA program, which protects young undocumented immigrants who came to the US as children and which President Donald Trump has been blocked from ending, for the time being, by other federal courts.

The lawsuit has the potential to create a headache for the Justice Department and courts as it could potentially conflict with rulings from judges in three separate judicial regions of the country who have blocked the end of DACA and could force the government to take an awkward position in the case.

It may also potentially seal the issue's path to the Supreme Court.

Texas Attorney General Ken Paxton and six other states on Tuesday filed a lawsuit challenging the lawfulness of DACA, arguing that former President Barack Obama's initial creation of DACA in 2012 violated the Constitution and federal law.

The case was also re-assigned late Tuesday to District Judge Andrew Hanen, the judge who initially issued the nationwide ruling preventing DACA from being expanded through a similar program in 2014. Hanen was seen as particularly unfriendly to DACA based on his ruling in the related case, and advocates feared a DACA challenge before him would likely be decided the same way. His ruling ended up remaining in place after a Supreme Court challenge deadlocked 4-4 while awaiting a new justice after the death of Justice Antonin Scalia.

The move follows through on a threat from Paxton and what was originally nine other states to challenge DACA in court as part of a lawsuit regarding a similar but broader program that expanded upon DACA to include parents. Paxton issued an ultimatum to Trump: End DACA himself or defend it in court and face the prospect it is overturned by a judge that had already rejected the program's expansion in that other lawsuit.

Under Paxton's threat, Trump and his administration decided to end the program in September, with a wind-down period ostensibly to allow Congress to act to save it legislatively. After the administration said they would rescind the program, Paxton backed off and allowed the other lawsuit to be dispensed with.

But multiple lawsuits were filed challenging the way Trump ended the program -- resulting in multiple federal judges putting the brakes on the move and ordering the Department of Homeland Security to resume processing renewals for the roughly 700,000 participants in the program. A federal judge in DC last week went a step further, saying the department had to resume accepting new applications unless it issued a new legal justification for ending the program that passed muster within 90 days.

The Trump administration had used the possibility of a court immediately terminating DACA in response to such a lawsuit from Paxton as the justification for ending the program altogether -- a justification the federal judge in DC found flimsy.

Congress, meanwhile, has failed to reach consensus on how to preserve the program with legislation, and the court rulings preserving the program only served to further take the pressure off lawmakers.

Tuesday's move leaves plenty of questions going forward -- including whether the Justice Department will defend DACA in court in Texas or allow another entity to argue in its favor. The ruling could also have implications for the DC case and whether the administration's legal reasoning gains credence.

If the Texas court were to also issue a nationwide ruling in favor of the termination of DACA, it could set up dueling nationwide decisions that would likely end up at the nation's highest court.

"The first three courts have ruled in favor of DACA recipients," said Stephen Yale-Loehr, a Cornell Law School professor and attorney with Miller Mayer. "If this lawsuit goes the other way, the Supreme Court may have to decide the issue."