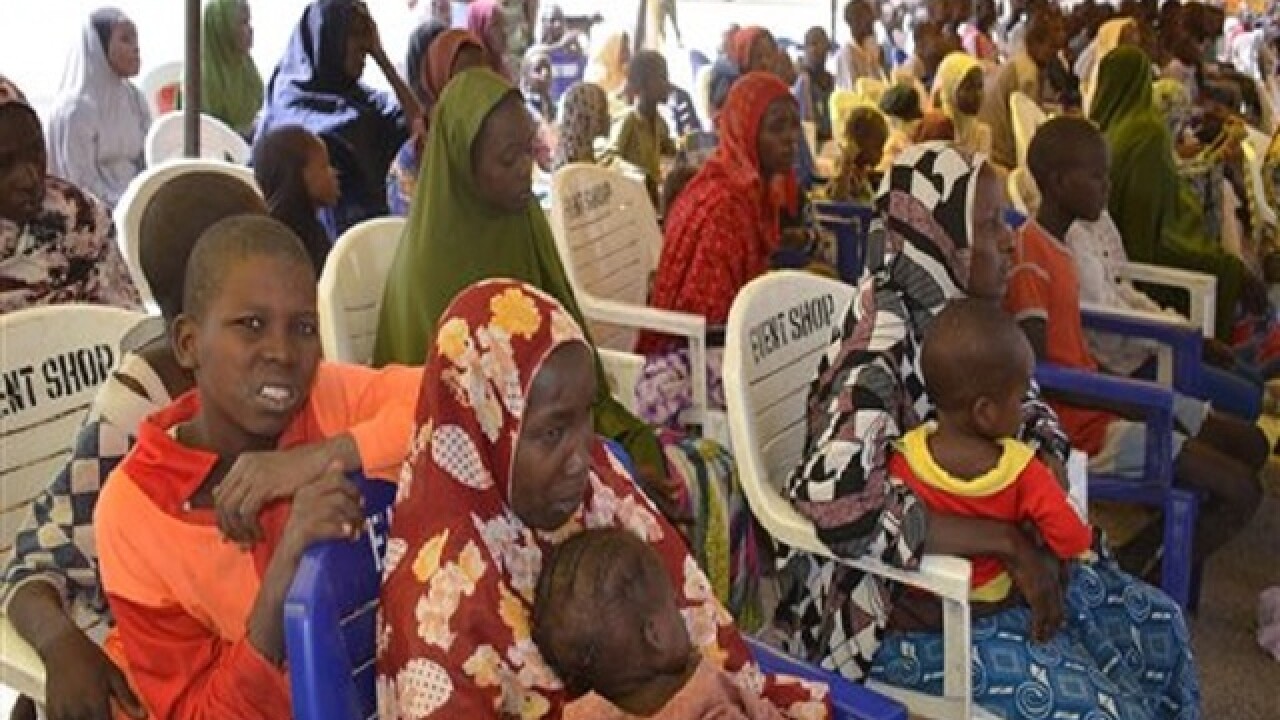 MAIDUGURI, Nigeria (AP) — Military officers and a self-defense fighter say dozens of emaciated Boko Haram fighters begging for food have surrendered to soldiers in Nigeria.
A senior officer said 76, including children and women, surrendered last weekend. All are being detained at military headquarters in Maiduguri, the birthplace of Boko Haram. The officer insisted on anonymity because he is not authorized to speak to journalists.
A self-defense civilian fighter who escorted the detainees says they said many more want to surrender.
Shortages of food could indicate that Nigeria's military is succeeding in cutting off supply routes of the Islamic extremists who have taken their fight across Nigeria's borders. Some 20,000 people have died in the 6-year-old uprising..
Associated Press 2016