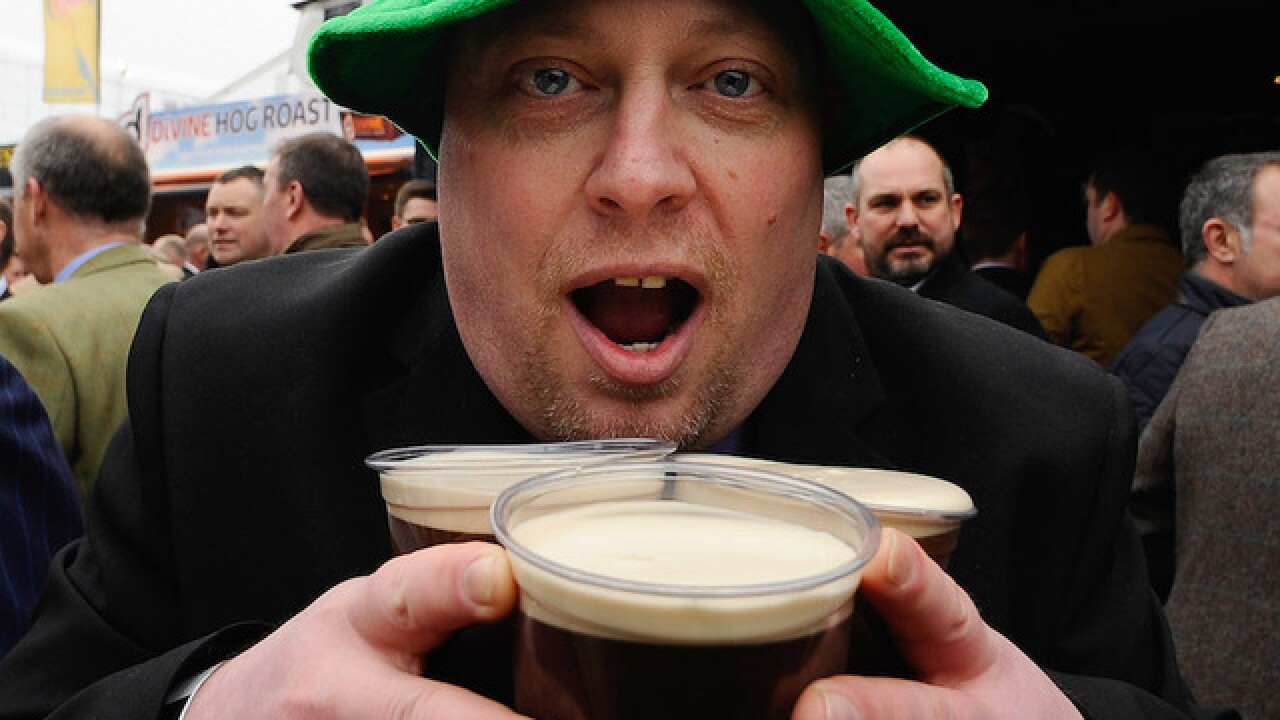 The sad truth is that when it comes to Irish beer in America, the pickings are slim.

Guinness Stout, Harp Lager and Smithwick’s Ale are tried and true Irish classics but there aren’t many other options. Check out nine widely available beer options below that would fit in at a proper St. Patrick’s Day celebration.

Samuel Adams Irish Red
5.8 percent alcohol by volume (ABV)
Origin: Boston, Massachusetts
This deep red-hued brew is made with with roasted caramel malts. According to the Boston Beer Co., it was “brewed to suit the cool rainy days, or any time in a pub.”

Guinness Extra Stout
5 percent ABV
Origin: Dublin, Ireland
This option from Ireland’s most iconic brewery features Guinness’ signature black coloring and a flavor that’s both bitter and sweet. According to Guinness, this batch was based on a beer first brewed in 1821.

Yuengling Black & Tan
4.6 percent ABV
Origin: Pottsville, Pennsylvania
It’s not technically an Irish or even an Irish-style brew but traditional black-and-tan beer cocktails (or “half and halfs” in Ireland) are made by mixing Guinness with a pale beer. Yuengling’s Black & Tan is deep brown colored and contains hints of caramel and coffee. Looking for something to eat on St. Patrick’s Day? Try this Irish stew recipe that contains a bottle of Yuengling Black & Tan as an ingredient.

Murphy’s Irish Stout
4 percent ABV
Origin: Cork, Ireland
This international favorite has been brewed in Ireland since 1856. Its coloring is dark and its flavor features notes of toffee and coffee. Its makers describe it as “silky smooth … with almost no bitterness, and a irresistible creamy finish.”

Kilkenny Irish Cream Ale
4.3 percent ABV
Origin: Dublin, Ireland
This Irish classic has purportedly been brewed since the 1300s and originated from Ireland’s oldest brewery. Kilkenny’s color is amber and its flavor profile has been described as creamy, sweet and bitter at once.

Black Toad Dark Ale (Trader Joe’s)
5.25 percent ABV
Origin: Monrovia, California
This dark ale is available at Trader Joe’s stores across the country. It’s not technically an Irish brew but lovers of Guinness-style brews will likely enjoy Black Toad. According to its makers, Black Toad is a dark brew that pairs with a wide variety of foods, from salmon to sausage.