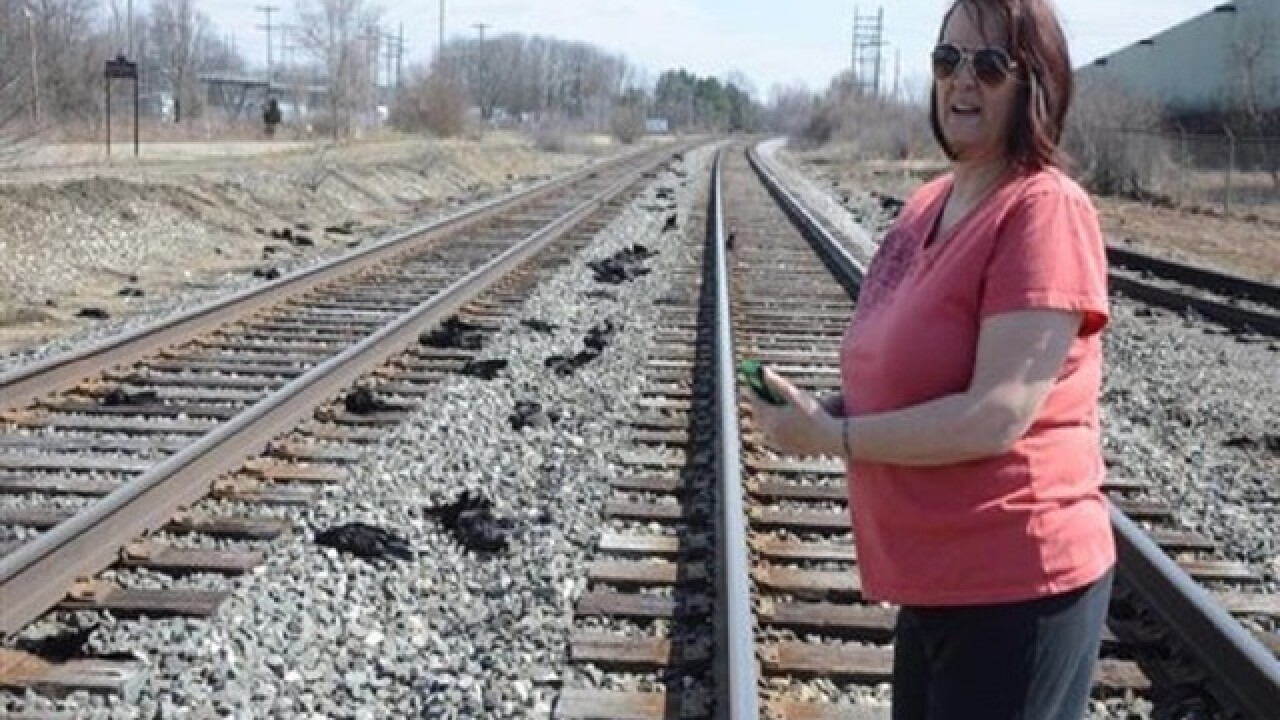 Trace Christenson
<p>Mary Lutzke poses for a photo after stopping to see dead crows along train tracks in Springfield, Mich., Tuesday, March 15, 2016. Dozens of dead birds have been found along railroad tracks in southern Michigan, and wildlife officials are trying to figure out what happened to them. (Trace Christenson/Battle Creek Enquirer via AP) NO SALES; MANDATORY CREDIT</p>

SPRINGFIELD, Mich. (AP) — A murder of crows? Dozens of dead birds have been found along railroad tracks in southern Michigan, and wildlife officials are trying to figure out what happened to them.
Some area residents estimated there could be as many as 300 carcasses stretching at least 200 yards along the tracks, the Battle Creek Enquirer reported. They were discovered Tuesday in Springfield, southeast of Grand Rapids.
A Calhoun County official found 57 dead crows along the tracks Tuesday, Michigan Department of Natural Resources wildlife biologist Tom Cooley told The Associated Press. Two birds were found to have fractures and may have been struck by a train, Cooley said.
Several dozen crows were found dead near tracks in the same general area last month. About half a dozen were looked at and determined to have been killed by a passing train, he said.
Birds are susceptible to the weather, especially windy or stormy conditions, according to Cooley.
"With these, there's got to be something in that general area that makes them prone to be struck," he said.
The livers of the two birds brought to Lansing on Tuesday will be tested to see if pesticides played a role in their deaths.
Associated Press 2016