A woman ended up in the hospital after a workout. She wants others to know about the rare condition 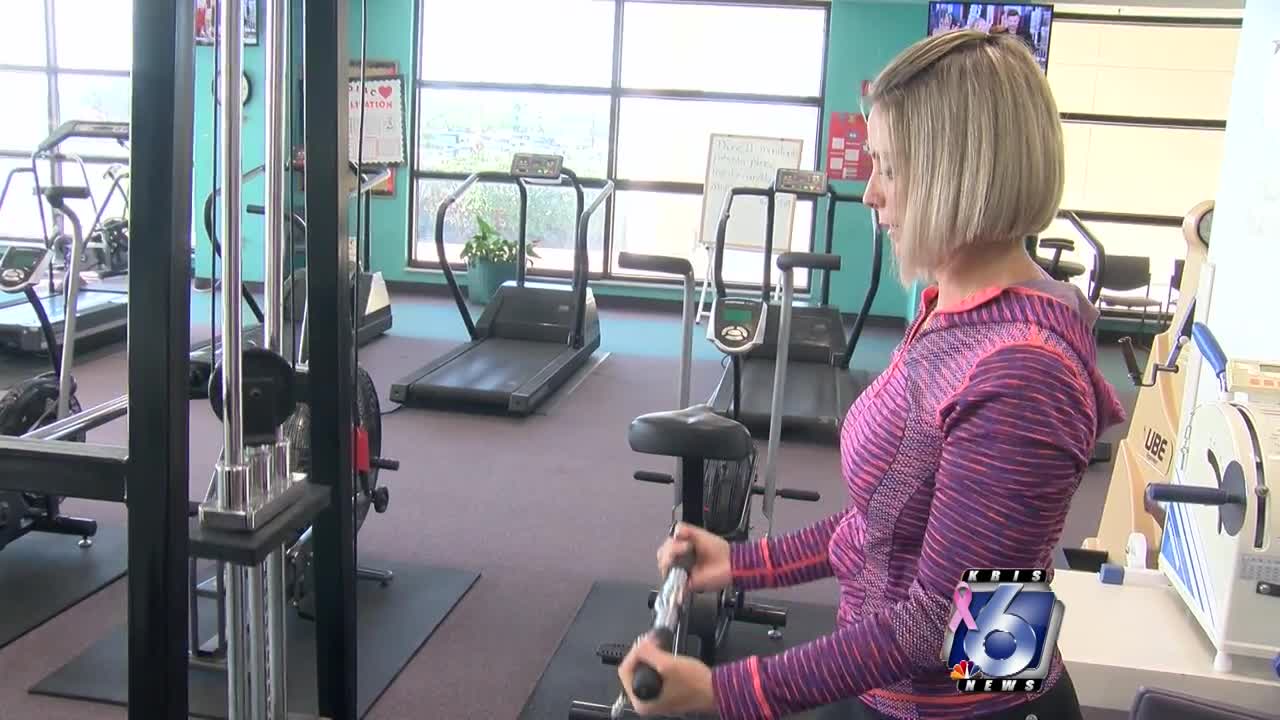 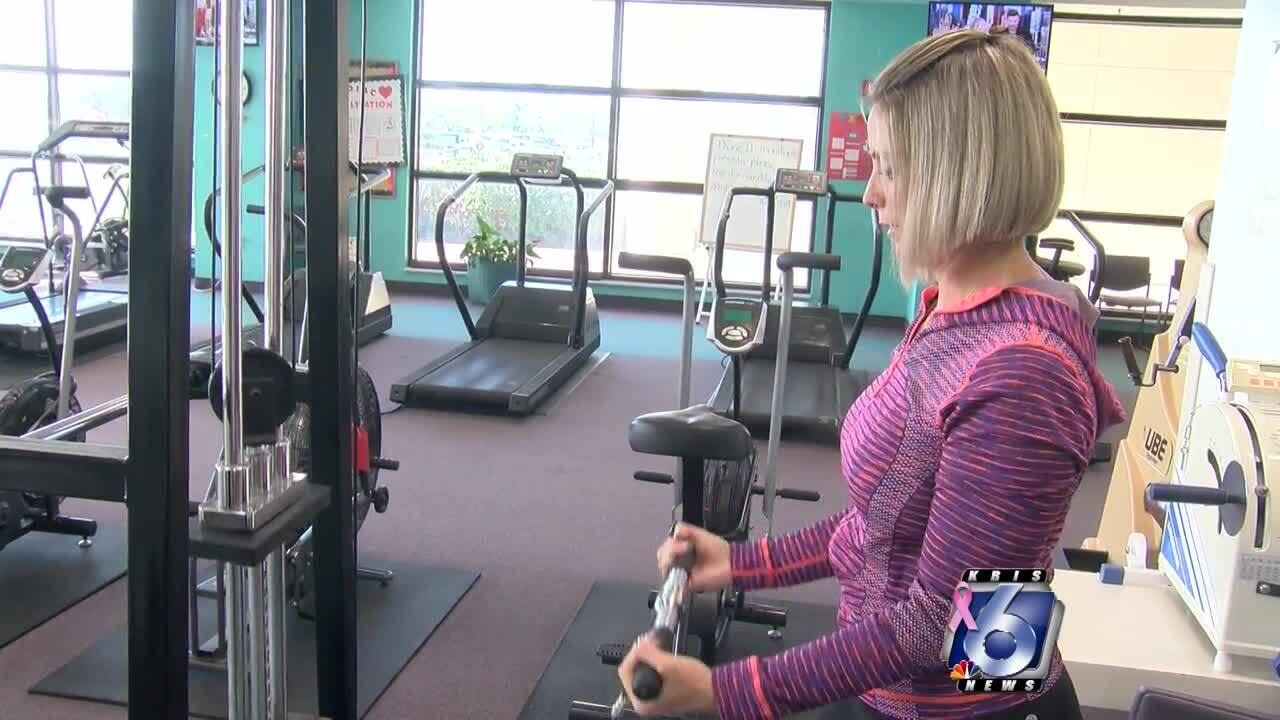 CORPUS CHRISTI — Many people have experienced muscle pain and soreness after a tough workout, but one Texas woman’s recent trip to the gym landed her in the emergency room with a life-threatening condition.

Jennifer Slusher, a regular gym-goer, said three days after her arm workout, she started to notice arm soreness, which then turned into pain and swelling.

“(I) started to have less flexibility in my arms, couldn’t straighten them out, and that night, I kind of realized that something was really wrong,” Slusher said.

A trip to the emergency room revealed that Slusher had developed rhabdomyolysis — a potentially fatal condition impacting 26,000 Americans each year.

“He immediately gave me IV fluids just to start because we still, at the point, were not sure what I had," Slusher said. "He did blood work, he came back in, and a normal creatinine level in your body is between 200 and 1,000, and when he came back in, he said yours are at 15,000, and you need to be admitted because that is the only way it can be treated. There is no magic medication for this other than IV fluids."

Dr. Amber Kaldas, a kidney specialist at Corpus Christi Medical Center, says burning muscles can be a sign that you are getting stronger. But, taken to an extreme, that feeling may be your body telling you that you are in danger.

“Rhabdomyolysis is a condition when there is a severe muscle breakdown with the release into the circulation of muscle breakdown toxins which can cause kidney damage," Kaldas said. "Those toxins, when they participate into the kidneys, it can cause serious problems with renal failure."

“The signs and symptoms of rhabdomyolysis can be as following; severe muscle soreness and tenderness, decreased urine output, the urine color can change, it can be tea-color or cola-color urine, this is really a serious sign," Kaldas said. "I don’t want people to wait until it is too late where they go into severe complications with coma or decreased responsiveness."

Slusher’s goal is to get the word out about this rare condition that put her in the hospital for four days.

“I just think it needs to be part of the system that these coaches, trainers and people that work out everyday and lift need to know what it is,” Slusher said.

You can prevent rhabdomyolysis by drinking plenty of fluids before and after strenuous exercise.

This does not mean you should stop working out. Exercise is one of the best things for your overall health. Doctors encourage everything in moderation.

While treatment depends on how extreme the disease is — it may involve being hospitalized — one of the most important aspects is hydration.

The body needs to flush the materials from the muscle cells out, and rhabdomyolysis can change the salt-to-water ratios in your body. In severe cases, you may need to be connected to a dialysis machine to help your kidneys work.

There are many traumatic and nontraumatic causes of rhabdomyolysis. In the first category, causes include:

• A crush injury such as from an auto accident, fall or building collapse
• Long-lasting muscle compression such as that caused by prolonged immobilization after a fall or lying unconscious on a hard surface during illness or while under the influence of alcohol or medication
• Electrical shock injury, lightning strike or third-degree burn
• Venom from a snake or insect bite

Nontraumatic causes of rhabdomyolysis include:

• The use of alcohol or illegal drugs such as heroin, cocaine or amphetamines
• Extreme muscle strain, especially in someone who is an untrained athlete. But this can happen in elite athletes, too, and it can be more dangerous if there is more muscle mass to break down.
• The use of medications such as antipsychotics or statins, especially when given in high doses
• A very high body temperature (hyperthermia) or heat stroke
• Seizures or delirium tremens
• A metabolic disorder such as diabetic ketoacidosis
• Diseases of the muscles (myopathy) such as congenital muscle enzyme deficiency or Duchenne's muscular dystrophy
• Viral infections such as the flu, HIV or herpes simplex virus
• Bacterial infections leading to toxins in tissues or the bloodstream (sepsis)

Tests to determine muscle and kidney health may include determining levels of:

Your doctor may prescribe medications such as bicarbonate and certain kinds of diuretics to help keep your kidneys functioning.

They can also treat high potassium levels in the blood, or hyperkalemia, and low blood-calcium levels, or hypocalcemia, with appropriate IV fluids.

If kidney damage and acute renal failure already have started, you may need to receive dialysis. During dialysis, blood is taken out of the body and cleaned in a special machine in order to remove waste products.

In mild cases of rhabdomyolysis, home treatment can help aid in the recovery process. The goals of at-home treatment include resting the body so muscles can recover and rehydration to help prevent further kidney damage.

When you’re feeling fatigued, recline in a comfortable position and try to relax. Drink plenty of water and other clear liquids, such as light broth and sports drinks.

This story was originally published by Roland Rodriguez on KRIS.