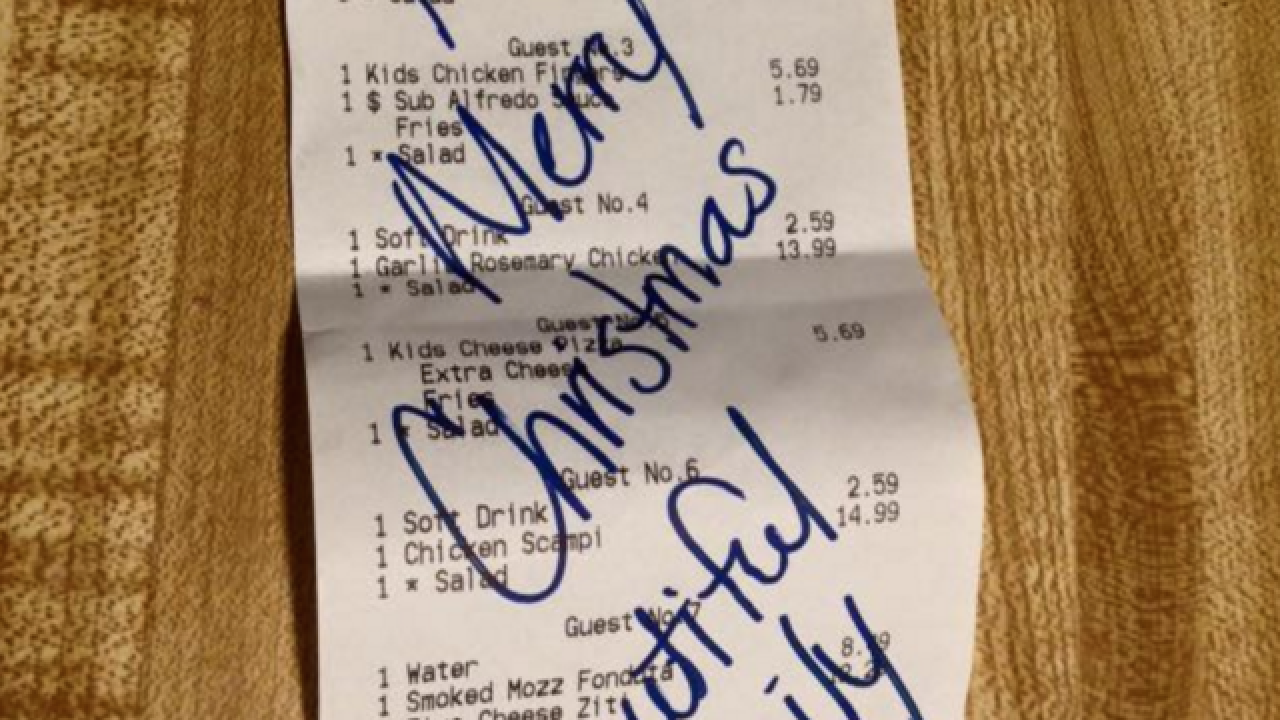 When Eslam Mohamed took his family out to an Augusta, Ga. Olive Garden, he was not expecting a free meal. But a complete stranger picked up Mohamed's tab as an act of goodwill.

The bill, which was valued at more than $100, was for Mohamed and 11 members of his family. Mohamed said everyone in the restaurant could figure out the group was Arab Muslim because of their language and the women's head dress.

The act of kindness comes at the end of a year when Muslims have been the target of political attacks by politicians, as several major presidential candidates have suggested to ban Muslims following terrorist attacks on Paris and San Bernardino, Calif.

After the family enjoyed their meal at the restaurant, the server dropped off the check with five words, "Paid, merry Christmas, beautiful family."

Mohamed said he was touched by the act of kindness.

"I can't express how this act touched our hearts," Mohamed said on a Facebook post that has been shared 25,000 times. "Among all the bad things happening to Muslims and the hate speech that the presidential candidate had made lately, there is still light in the dark, there is still hope within the frustration. All what I can say to who did that, 'Merry Christmas to you too and God bless such a beautiful heart you have.'"

Yesterday i went to Olive Garden restaurant to have dinner with nice families. We were a group of 7 adults and 5...