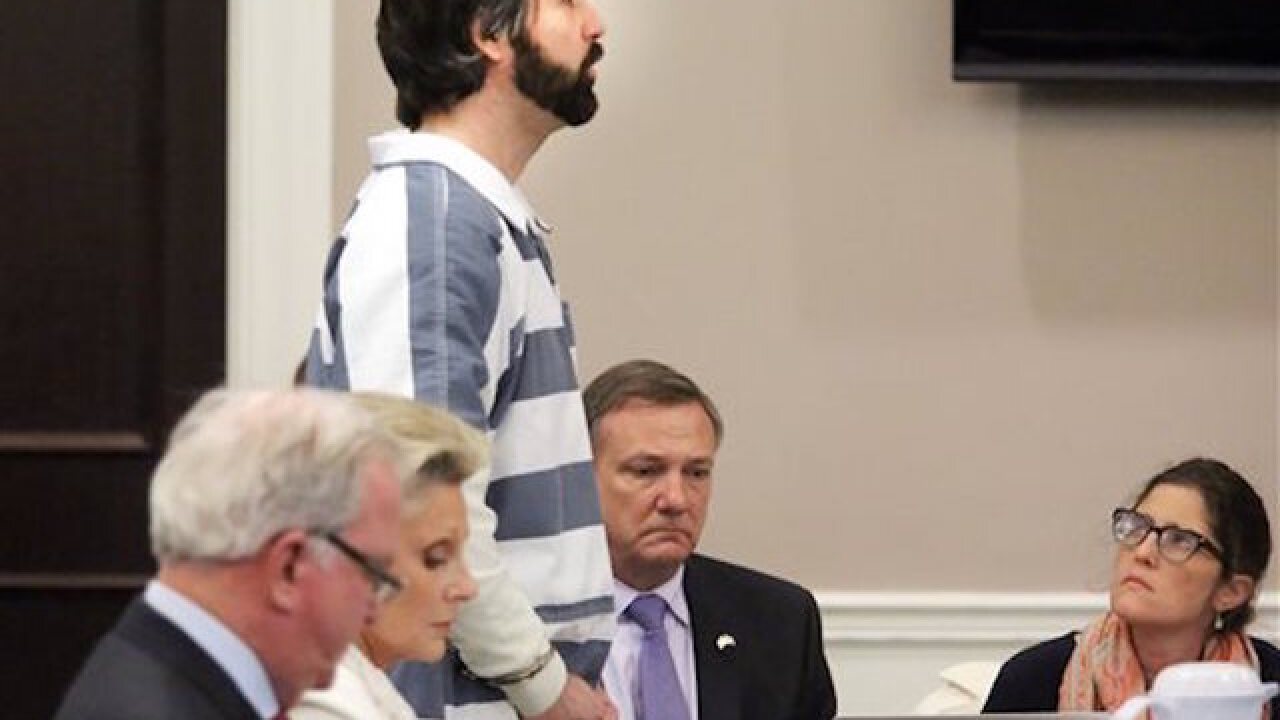 CHARLESTON, S.C. (AP) — A former South Carolina policeman charged with murder in the shooting death of an unarmed black motorist will remain under house arrest until his trial begins in the fall, and about two dozen civil rights activists gathered outside the jail in North Charleston on Tuesday to protest his release on bond.

"We want Slager back in jail!" they chanted. Representatives of the Rev. Al Sharpton's National Action Network released a statement calling former officer Michael Slager a danger to the community and a possible flight risk.

Slager's attorney said Tuesday that he's gratified by his client's release. "In granting Michael bond, Judge Newman recognized that Michael is presumed innocent and that he should not be punished by remaining in jail during a lengthy pretrial delay," Andy Savage's statement said.

Slager, a 34-year-old former North Charleston officer, is shown on cellphone video firing eight times as Walter Scott ran from a traffic stop last April 4. The case inflamed a national debate about how blacks are treated by white police officers.

Scott's family is disappointed and "believes at the end of the day that justice will prevail," family attorney Justin Bamberg said shortly after Monday's ruling to release Slager.

Slager had been in solitary confinement at the Charleston County Detention Center. Now, he will have to remain at an undisclosed location in South Carolina and must have no contact with the victim's family.

Slager faces 30 years to life without parole if convicted of murder.

During an hourlong hearing Monday, Savage told Judge Clifton Newman that he was prepared to go to court this spring and that his client should be granted a speedy trial. But prosecutor Scarlett Wilson said the state would not be ready until November.

She also is prosecuting Dylann Roof, the white man charged with murder in the killings of nine black parishioners at a Charleston church. That trial is set to begin in July, and the state Supreme Court has issued an order protecting Wilson from trying other cases before that one.

Savage renewed his request for bond after Newman rejected an initial bond request last September. The judge said at the time that Slager posed a threat to the community.

Savage said Monday that Slager has health problems and faced another 11 months in jail before even going to trial.

Scott's father, also named Walter, told the judge he often goes to the cemetery to visit his son's grave, which is adorned with flowers.

"If we let him out, he's going to go home to see his wife and children. All I can look at is a pot of flowers," Scott said.

Slager told the judge, "I hope you allow me reasonable bond to work on my case."

Newman conceded that "these are excruciating issues for the court to deal with" and said he was troubled that the trial is delayed because of the order in the Roof case.

Joe Savitz, a criminal defense attorney in Columbia, said he wasn't surprised Slager was granted the opportunity to get out of jail, given the major events — including the Charleston church shooting and the ensuing debate over the Confederate flag — in the months since his arrest.

"The Roof case is going to be tried fairly soon," Savitz said. "Everybody is kind of focusing on that."