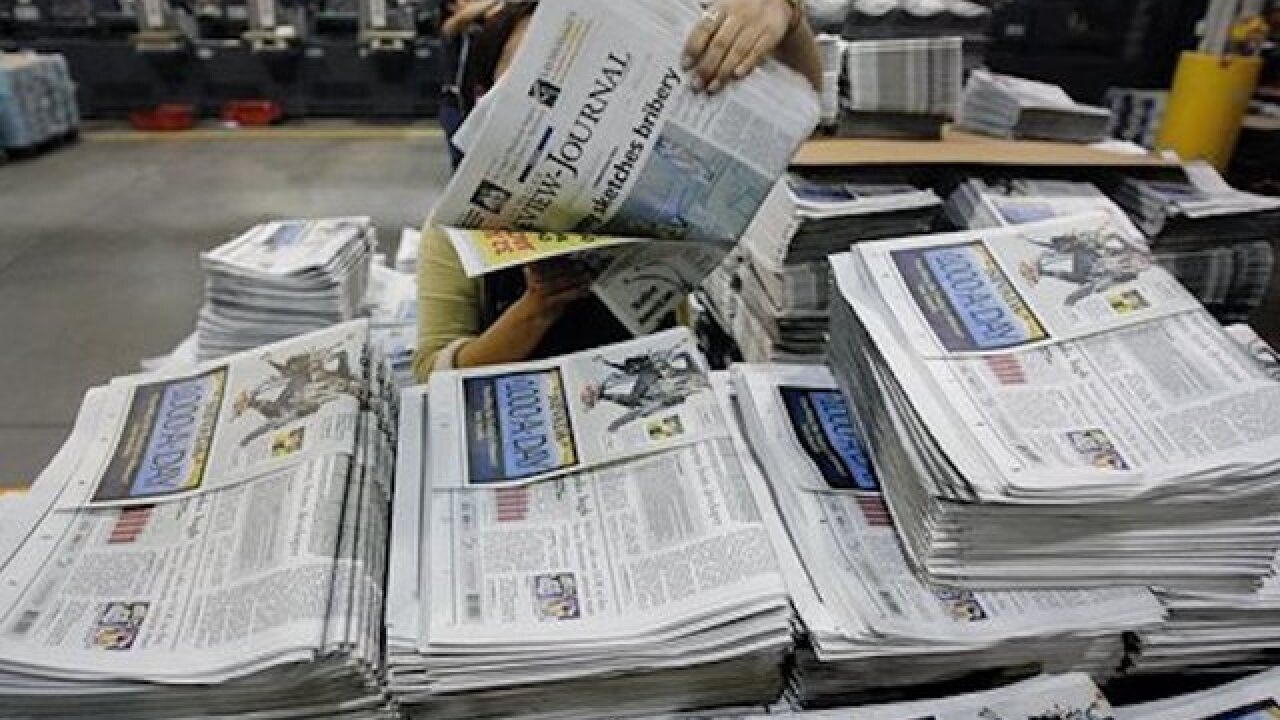 Copyright Associated Press
JAE C. HONG
<p>In this March 31, 2006 file photo, Citlaly Sauno shuffles newspapers at the Las Vegas Review-Journal in Las Vegas. The ownership mystery surrounding the latest sale of the Las Vegas Review-Journal is capturing the attention of the media industry as the newspaper's staff and some politicians are demanding to know who the new boss is. (AP Photo/Jae C. Hong, File)</p>

LAS VEGAS (AP) — The family of billionaire casino mogul and deep-pocketed GOP kingmaker Sheldon Adelson confirmed in a statement to the Las Vegas Review-Journal that they are the new owners of Nevada's largest newspaper, ending a week of speculation and demands by staff and politicians to know the identity of the new boss.

The statement printed on page 2 of Thursday's edition follows the announcement last week that the paper was sold for a second time this year to an unidentified buyer and at a markup, leading to scrutiny about a lack of transparency and capturing the attention of the media industry.

"We understand the desire of the hard-working staff at the R-J and others in the community to know the identity of the paper's new owners, and it was always our intention to publicly announce our ownership of the R-J," the statement read.

The Adelsons say they held back because Tuesday's Republican presidential debate was taking place at the Venetian, the casino-hotel on the Las Vegas Strip that is part of Adelson's empire.

"This week, with each of the Republican candidates for president and the national media descending on Las Vegas for the year's final debate, we did not want an announcement to distract from the important role Nevada continues to play in the 2016 presidential election," the family statement said.

Adelson, a major GOP donor, had said at the debate that he had "no personal interest" in ownership.

The timing of the sale and the purchase price had Twitter buzzing and rumors flying that Adelson bought the largest newspaper in a swing state to influence the presidential election.

Nevada is fourth in the primary process, with balloting in February. His influential Republican Jewish Coalition presidential forum draws the top GOP candidates. In the 2012 campaign, the Adelson family spent more than any other donor — about $90 million.

The Adelson statement said the paper was purchased through a wholly owned fund as an investment both financially and in the Las Vegas community. The family, citing their involvement in the community's charitable and civic causes, pledged to invest in the paper.

"We believe deeply that a strong and effective daily newspaper plays a critical role in keeping our state apprised of the important news and issues we face on a daily basis."

Gatehouse Media LLC, a subsidiary of the previous owner, will keep running the publication with a Sunday circulation of 184,000. The publisher has said that the new owners won't be involved in news and editorial decisions.

News + Media Capital Group LLC bought the Las Vegas Review-Journal and some affiliated publications for $140 million, a markup of about 37 percent from the paper's last sale earlier this year, when the similarly named New Media Investment Group bought it. The new buyer was incorporated in September.