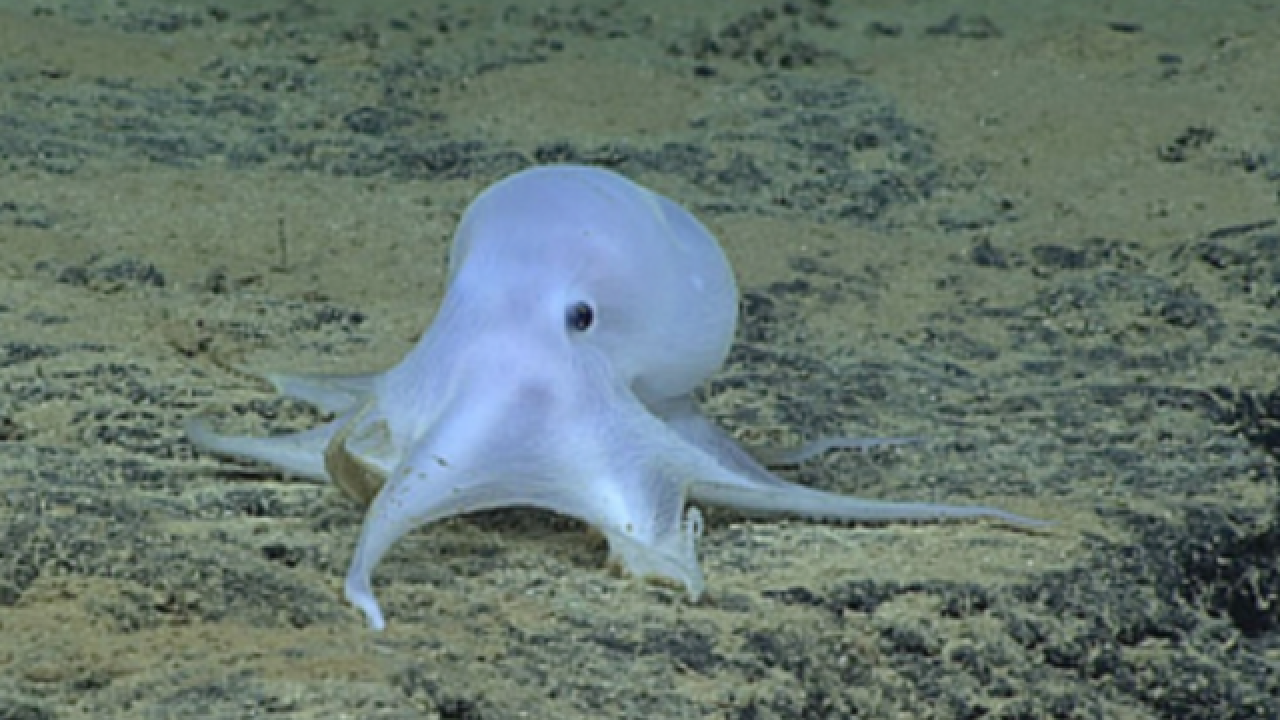 A new octopus off the coast of Hawaii is somewhat spooky, but in the cutest way ever.
The peculiar, "ghostlike" octopod was found deep under water, and just off the coast of Hawaii.
The Okeanos Explorer was submerged about 13,123 on the floor of the Pacific Ocean, just off Necker Island, when it found the creature, the National Oceanic and Atmospheric Administration said.
Twitter users have nicknamed the bizarre animal "Casper the Friendly Ghost.”

Explorers said the little creature has similar characteristics to other incirrate octopods, which don't have fins or cirri -- filaments found on the creature's sucker.
But it also has other unique characteristics.
"This animal was particularly unusual because it lacked the pigment cells, called chromatophores, typical of most cephalopods, and it did not seem very muscular," said Michael Vecchione, a research zoologist at NOAA's National Marine Fisheries Service.
The NOAA says the octopod "almost certainly" is a species never previously described by scientists, and perhaps belongs to a currently unidentified genus.
But just look at it; all together, now: “Aww!”
Scripps Only Content 2016