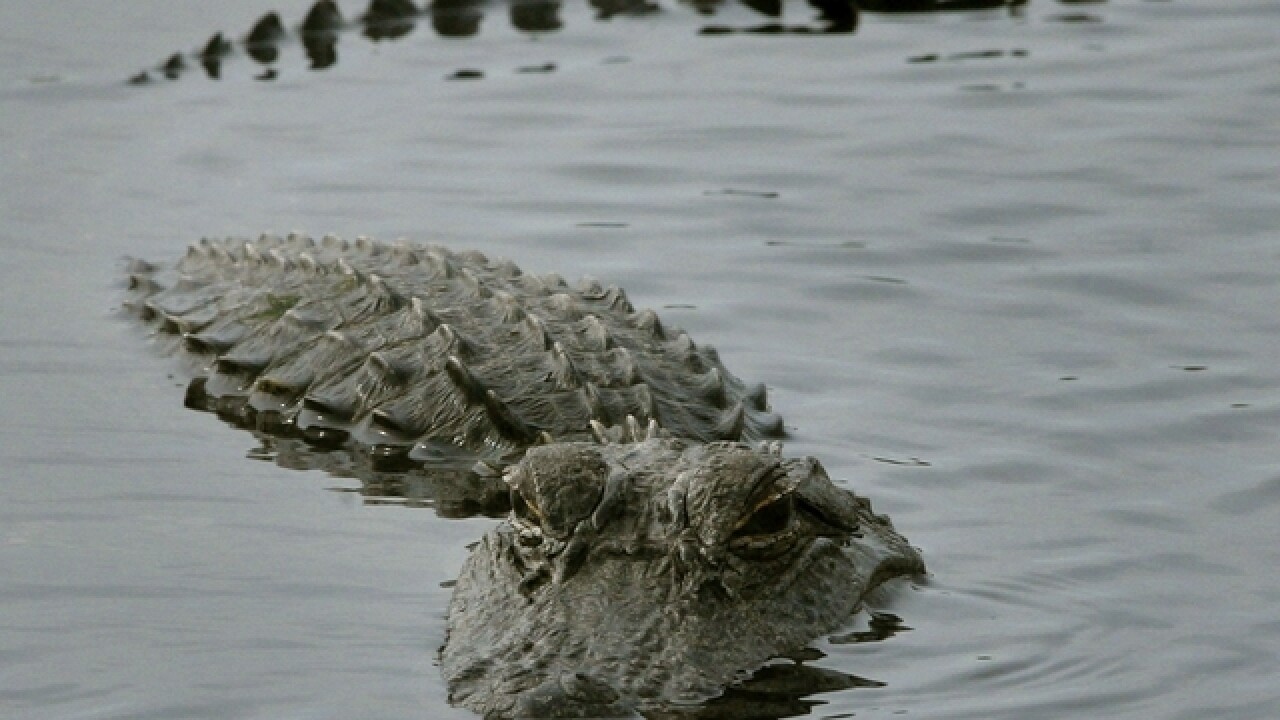 LAKE BUENA VISTA, Fla. (AP) — It's an unwritten rule for Florida residents: Keep your kids away from ponds and lakes because alligators are everywhere.
But after a gator killed a 2-year-old Nebraska boy at a Walt Disney World resort, attention soon turned to tourists. In a state with an estimated 1 million alligators, how should theme parks and other attractions warn visitors, and did Disney do enough?
Disney beaches remained closed Thursday after the death of Lane Graves, and the company said it has decided to add alligator warning signs, which it previously did not have around park waters.
Jacquee Wahler, vice president of Walt Disney World Resort, said in a statement that the resort was also "conducting a swift and thorough review of all of our processes and protocols."
Local law enforcement and state wildlife officials publicly praised the company for spotting and removing nuisance gators from park waters.
Disney's wildlife management system has ensured "that their guests are not unduly exposed to the wildlife in this area," Orange County Sheriff Jerry Demings said during the search for the child.
Yet Kadie Whalen, who lives in Wynnewood, Pennsylvania, saw no evidence of that system when she visited Disney World with her family four years ago.
Whalen said her three young children and niece were playing on a resort beach at the water's edge with buckets and shovels provided by Disney workers when the beady eyes of a 7-foot gator appeared in a lake just a few feet away. She screamed and everyone scattered.
No one was hurt, but after her experience, this week's fatal alligator attack did not surprise her.
"We knew that Disney was aware that this was a problem, and yet they encourage people to be there," Whalen said Thursday in a telephone interview.
The dead child's parents, Matt and Melissa Graves, who live in a suburban area of Omaha, have not spoken publicly, so it's unclear whether they knew anything about the gator threat in Florida. A statement released through a family friend thanked local authorities for their tireless work.
An autopsy showed that the boy died from drowning and traumatic injuries, according to the Orlando medical examiner.
Most Florida residents know to keep kids and pets away from water, not to feed gators and to be especially vigilant at dusk, dawn and during the June-through-July nesting season when the reptiles are most active.
State wildlife officials say they receive nearly 16,000 alligator-related complaints a year. Last year, they removed more than 7,500 gators deemed to be a nuisance.
Depending on the size of an alligator, the state may send out a trapper, as happened after the gator grabbed the boy at Disney's Grand Floridian Resort and Spa, located across Seven Seas Lagoon from the Magic Kingdom, one of the world's most popular tourist destinations.
Five gators were removed from the lake following the boy's disappearance, and trappers continued looking for gators after his body was found Wednesday.
While Disney had posted "no swimming" signs at the lake where the boy died, it did not have alligator warning signs, which are common around golf courses, ponds and public parks all over Florida. That has raised questions about whether the company did enough to convey the potential danger to visitors.
"They presumably know, since they have caught four or five alligators in this area, that the area has dangers that far and away exceed the danger of drowning," said Miami-based defense attorney Scott Leeds. "So this issue of posting a sign warning of swimming or no swimming doesn't adequately warn patrons of the known danger."
Responding to questions from The Associated Press, Disney said it has a policy of relocating alligators that are considered a potential threat. Animals less than 4 feet long are taken to conservation areas. Larger gators are removed by state-licensed trappers, the company said.
Whalen said that's what happened in 2012 after the gator appeared in the water near her kids at Disney's Caribbean Beach Resort, which is on a different lake than the one where the boy was killed.
As shocked tourists looked on, she said, trappers caught the animal and carried it away, writhing, across a pool and courtyard area outside the hotel. Disney workers threatened to confiscate the phones and cameras of anyone who tried to photograph or videotape the spectacle, she said.
Whalen said she complained to the front desk and wrote a letter to Disney but never heard back. She was also chided by Florida residents who questioned why she'd ever let her kids get near the water, even at Disney.
"It never crossed our minds at Disney World that we would have to worry about a predator eating our children," she said. "We don't have alligators in Pennsylvania."
Copyright 2016 The Associated Press. All rights reserved. This material may not be published, broadcast, rewritten or redistributed.