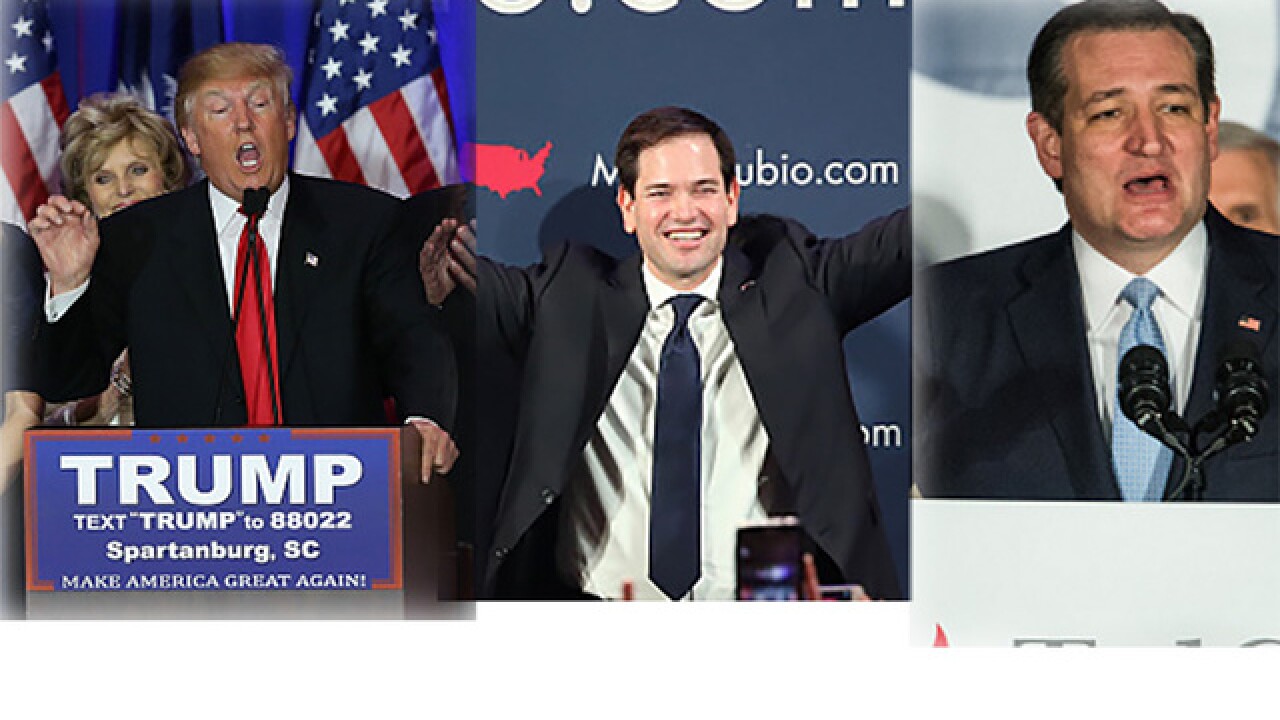 Remember when the Republicans had 17 presidential candidates share one event for the first debate in Cleveland? Those days are long gone. The GOP race is starting to take shape after former Florida Gov. Jeb Bush left the race Saturday night.

Cruz and Rubio are looking to be the alternative to Trump, as Trump is quickly becoming the GOP’s frontrunner.

As the candidates prepare for a contest that is quickly turning from individual battles into a nationwide race, Ben Carson and Ohio Gov. John Kasich could begin to appear as afterthoughts as both polled in the single digits Saturday.

To Rubio, the battle for the GOP presidential nomination has become a three-man race.

“After tonight, this has become a three-person race, and we will win the nomination,” Rubio said.

In between now and then, there is a caucus in Nevada and a number of southern states up for grabs on March 1.

With Bush’s departure, questions surround how his former supporters will vote. Rubio and Bush were both largely considered mainstream conservatives, but Trump argued that he would continue to earn support as candidates leave the race.

“I was watching and it was amazing, some of the pundits said, ‘If a couple of the candidates drop out, you add their numbers together, it would equal Trump,’” he said. “These geniuses. They don’t understand that as they drop out, I am going to get some of those votes also.”

But as Cruz took the stage after a disappointing night when he was expected to have a strong second-place finish, he went after Trump’s electability. This comes after back-to-back contests where Cruz did not finish in the top two.

“I congratulate Donald on his victory tonight, but I’ll say this to the people of America, ‘If you don’t believe Donald Trump is the best candidate to run against Hillary Clinton in November, if you believe we need a strong contrast with the Democrats, then we welcome you aboard our team,’” Cruz told his supporters Saturday.

Meanwhile, Kasich and Carson both said they are ready to look past South Carolina. Carson has a town hall scheduled for Reno, Nevada Sunday.  Kasich is looking past Nevada and is campaigning in Virginia. Virginia is among the Super Tuesday states.