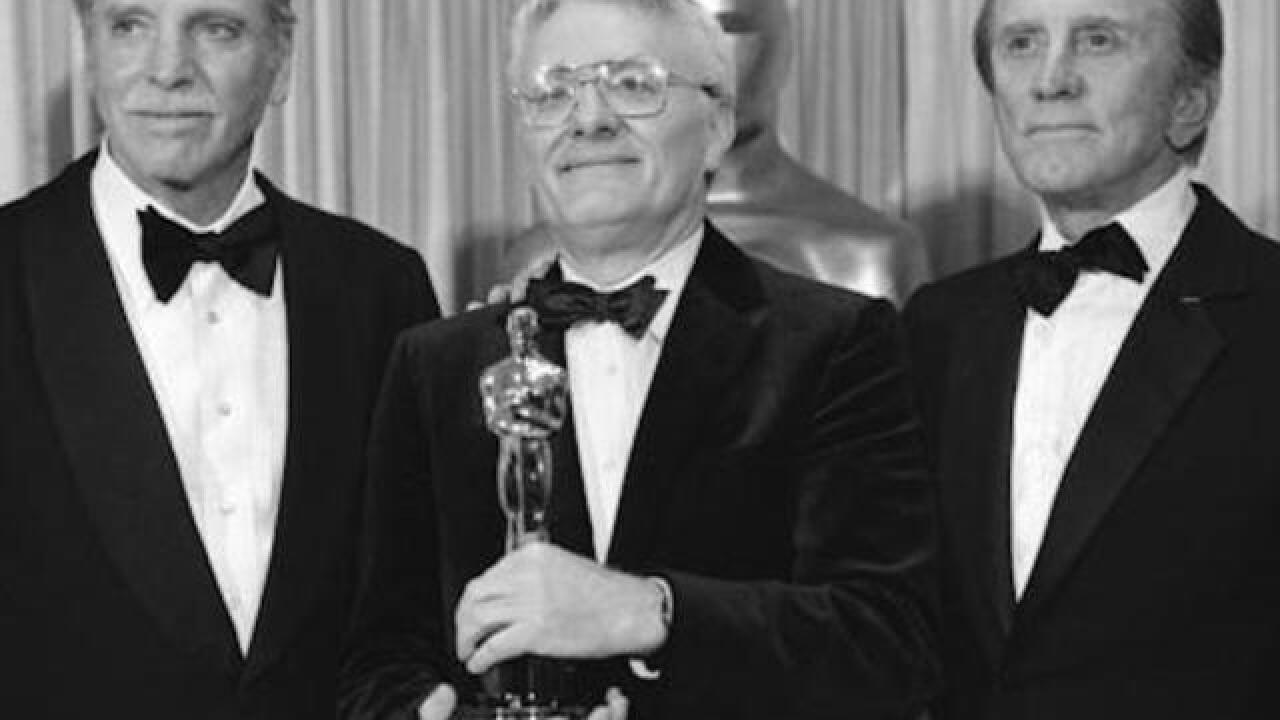 Copyright Associated Press
Anonymous
<p>In this file photo dated March 25, 1985, actors Burt Lancaster, left, and Kirk Douglas, right, stand with Peter Shaffer, winner of the best adapted screenplay Oscar for "Amadeus", during the Academy Awards in Los Angeles, Ca., USA, March 25, 1985. The writer of Equus and Amadeus, Saffer has died at the age of 90 after a short illness, it is announced and confirmed by his agent, Monday, June 6, 2016. (AP Photo)</p>

Shaffer's agent, Rupert Lord, said the playwright died Monday while on a visit to southwestern Ireland with friends and family.

Born in Liverpool in 1926, Shaffer made his London and New York stage debut in 1958 with simmering domestic drama "Five Finger Exercise," directed by John Gielgud. He had a huge hit in 1964 with "The Royal Hunt of the Sun," a spectacular imagining of the Spanish conquest of Peru that was staged by Britain's newly founded National Theatre.

Shaffer went on to write many of his plays for the National, from where they often moved on to commercial West End runs and Broadway.

For much of his long career Shaffer achieved the often-elusive goal of combining commercial and critical success, writing thoughtful, cleverly crafted plays that became box-office hits in London and New York.

In 1965, the National Theatre staged Shaffer's farce "Black Comedy" with a cast including Maggie Smith and Derek Jacobi.

His 1973 play "Equus," about a troubled stable boy who inexplicably blinds horses, won a Tony Award for best play and was filmed in 1977 by director Sidney Lumet with Peter Firth as the boy and Richard Burton as a psychiatrist who tries to help him.

It was revived in 2007 as the stage debut of "Harry Potter" star Daniel Radcliffe.

Shaffer's 1979 play "Amadeus," about the rivalry between Mozart and less-talented composer Salieri, won five Tonys in its Broadway run — which starred Ian McKellen as Salieri — and was turned into a 1984 film by Milos Forman that won eight Academy Awards, including best picture.

The play will be revived this fall at the National Theatre, whose artistic director Rufus Norris called Shaffer "one of the great writers of his generation."

"The plays he leaves behind are an enduring legacy," Norris said.

Shaffer returned to comedy with "Lettice and Lovage," which premiered in London in 1987 with Maggie Smith as an imaginative stately home tour guide. It, too, went to Broadway, winning Smith a best-actress Tony.

Shaffer was knighted by Queen Elizabeth II in 2001 and inducted into the American Theater Hall of Fame in 2007.

Lord said Shaffer was "one of the true greats of British theatre as well as a wonderful friend, wickedly funny man and sparkling raconteur whose lifelong passion for his own art was matched by his love for music, painting and architecture."

Shaffer is survived by his brother Brian, nephews Milo and Mark and nieces Cressida and Claudia. His twin brother Anthony Shaffer, a playwright who wrote the 1970s hit thriller "Sleuth," died in 2001.