Flight forced to land in Kenya over bomb scare 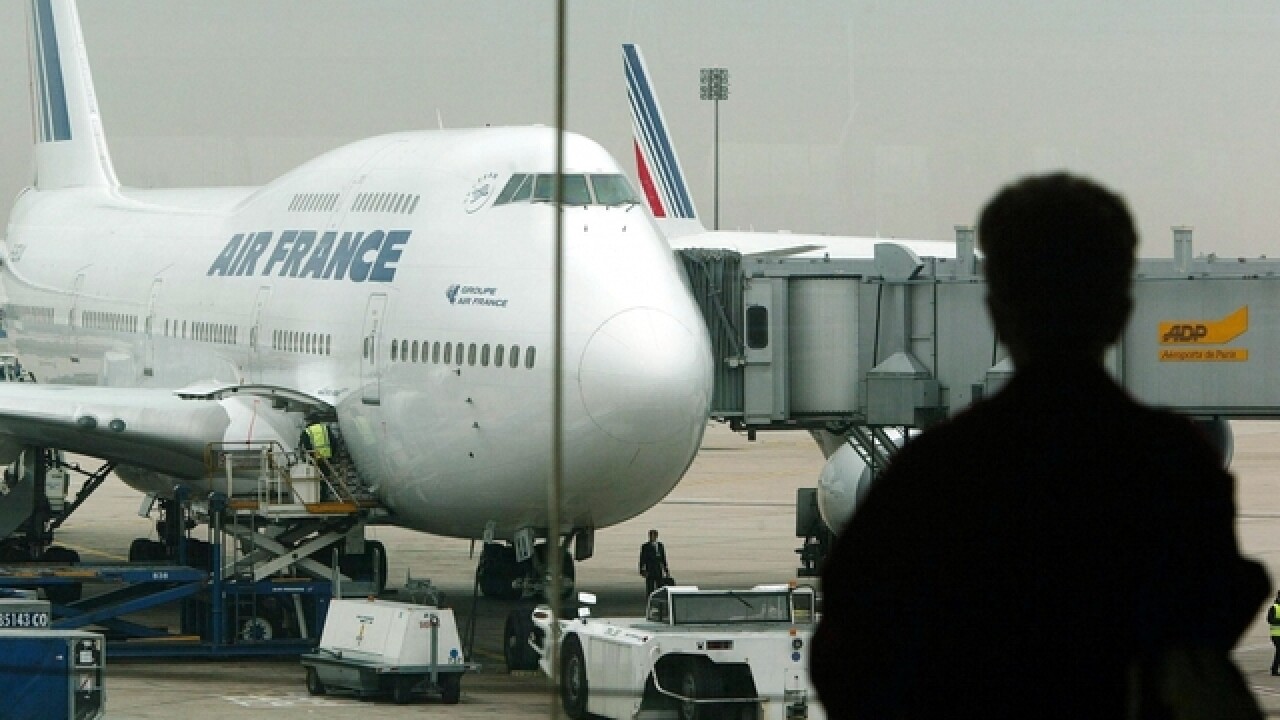 NAIROBI, Kenya (AP) — An Air France flight from Mauritius to Paris was forced to land in the Kenyan coastal city of Mombasa after a device suspected to be a bomb was found in the lavatory, a Kenyan police official said Sunday.

The Boeing 777 Air France flight 463 was heading to Charles de Gaulle airport in Paris when the pilots requested an emergency landing at the Moi International Airport at 12:37 a.m., police spokesman Charles Owino said.

"It requested an emergency landing when a device suspected to be an explosive was discovered in the lavatory," Owino said.

The plane was carrying 459 passengers and 14 crew members on board and had left Mauritius at 9 p.m., Owino said

All passengers were safely evacuated and the device was taken out, said Owino. Bomb experts are analyzing the suspected explosive, he said.

The airport in Mombasa was closed during the evacuation and search process, said a police official, who insisted anonymity because he is not authorized to brief the media.