Aircraft misses runway and ends up in sea; everyone survives 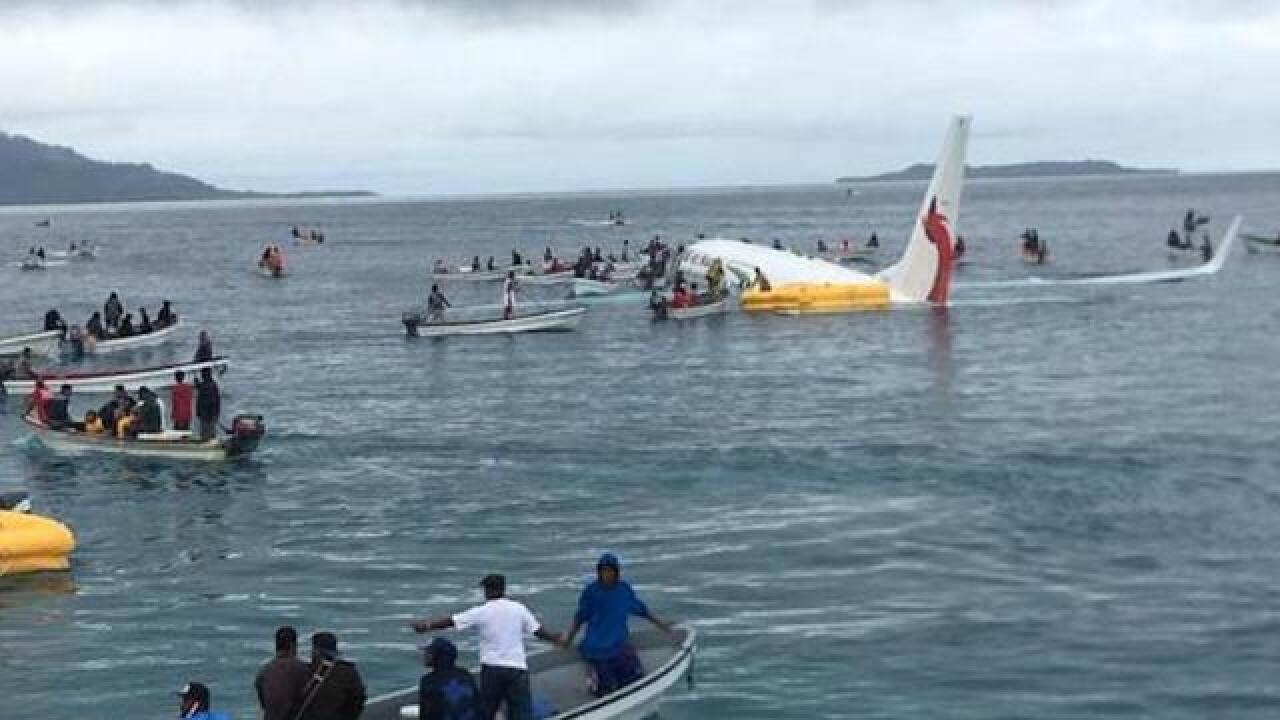 A Boeing 737 aircraft carrying 47 people crashed into the sea off a small island in Micronesia Friday after the pilot missed the runway while attempting to land.

Air Niugini Flight 72 was due to touch down Friday at the international airport on Weno, the main island of Chuuk state, Micronesia, but "landed short of the runway," according to a statement from Air Niugini, the national carrier of Papua New Guinea.

Bill Jaynes, managing editor of a Micronesia-based newspaper, was on the plane when it hit the water. "It's just surreal. I thought we landed hard until I looked over and saw a hole in the side of the plane and water was coming in, and I thought, well, this is not, like the way it's supposed to happen," he said in a video posted to Facebook.

Jaynes said passengers on the plane were in water up to their waists and used the emergency exit to escape.

James Yaingeluo, one of the first responders to arrive at the scene, said the plane landed more than 500 meters short of the runway.

"Luckily, it happened during the daytime," he said. "When the plane came to a stop all the civilian boats came to help transport passengers to dry land."

"Once the doors opened everybody fought to get out," he added. "All the passengers were scared and in shock."

Air Niugini confirmed that all on board -- 35 passengers and 12 crew members -- were able to safely evacuate the aircraft. "The airline is making all efforts to ensure the safety and immediate needs of our passengers and crew," it added.

The airline said it had received reports that "the weather was very poor with heavy rain and reduced visibility at the time of incident."

Passengers and crew were taken to hospital for checks and no serious injuries were reported.