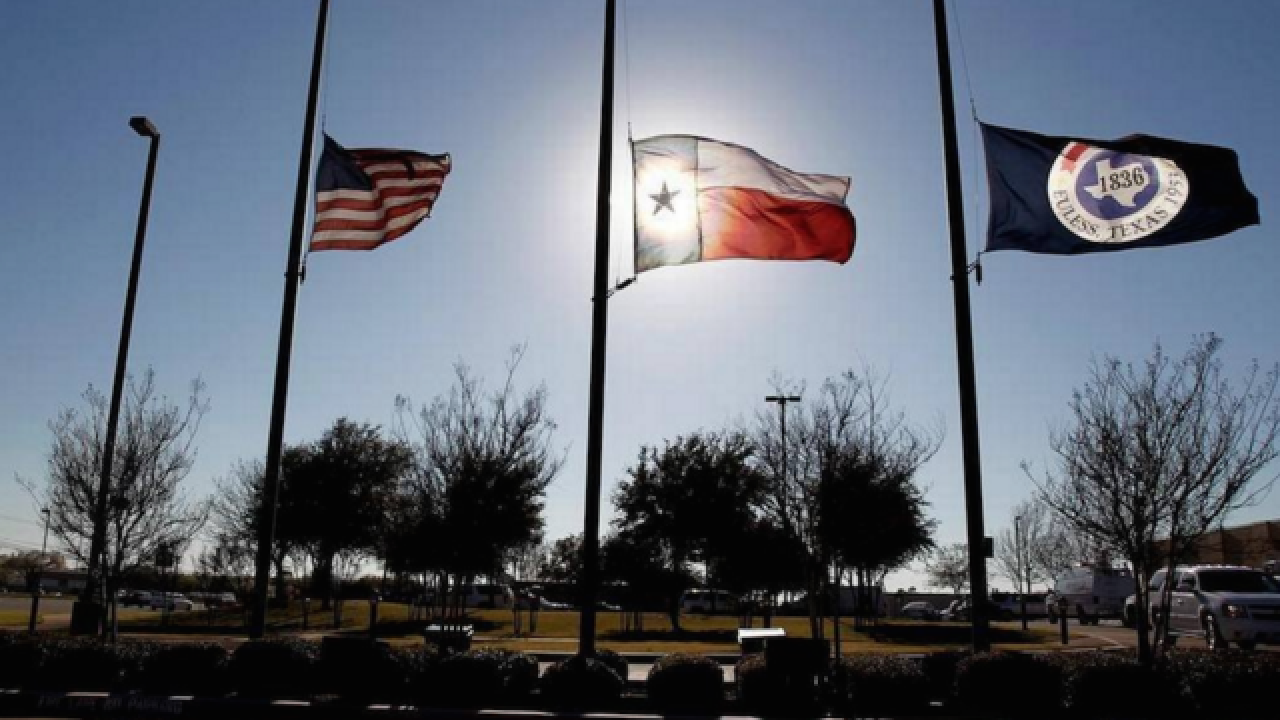 Officers from the Euless, Texas Police Department will be flown from the small Texas town to New York to help honor their fellow officer who was shot and killed in the line of duty earlier this week, according to WFAA in Dallas.

Southwest Airlines will fly members of the police department east for Tuesday's services.

Officer David Hofer was killed in the town's park Tuesday in an ambush. Hofer was wounded multiple times in the shooting.

Hofer had a private service in Texas on Friday before having a public celebration on Saturday. His final burial will be on the East Coast.

Hofer moved to Texas in 2014 after serving six years with the New York Police Deprtment. He joined Euless Police in 2014.