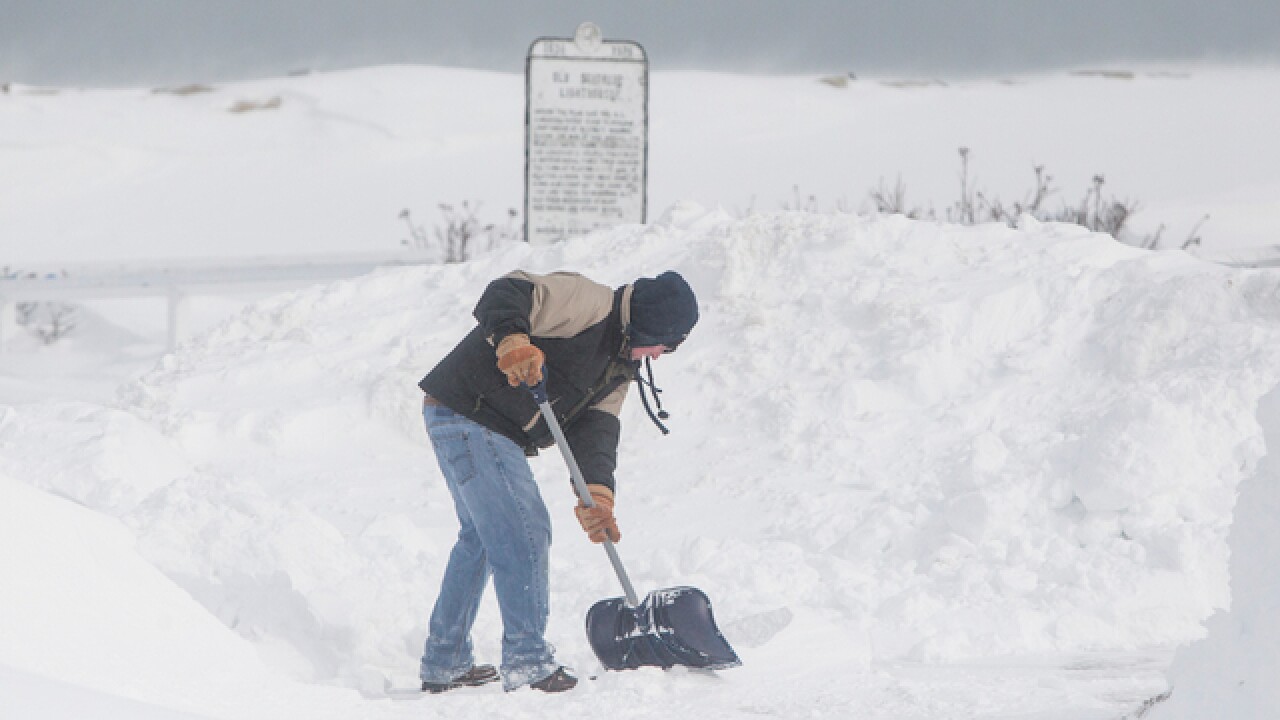 Copyright Getty Images
<p>A man shovels snow on Lighthouse Rd. during winter storm Neptune which dropped over a foot of snow February 15, 2015 in Scituate, Massachusetts.This is the fourth major storm to hit the New England region that has already seen more than 6 feet of snow in some areas. (Photo by Scott Eisen/Getty Images)</p>

As of late Thursday night, hundreds of flights have been canceled in advance of this weekend's giant winter storm, which looks to drop 2 feet of snow in parts of the Mid-Atlantic. With the brunt of the storm eyeing Washington and Baltimore, airlines are readying themselves to minimize the impact.

Southwest Airlines said they have canceled 400 flights system-wide for Friday. The 400 flights represents more than 10 percent of Southwest's flights.

American Airlines and American Eagle is offering travel wavers for people flying out of airports from Tennessee to Rhode Island. The waivers will allow for travelers to rearrange their flight schedule without being charged. United Airlines has also offered waivers for those flying in the D.C. area, among other airports.

Delta said it has canceled 125 flights in the Southeast on Friday, with more expected to be delayed and canceled as the storm lifts from the Southern United States toward the East Coast.

The bottom line is if you are traveling this weekend, check with your carrier before going to the airport.