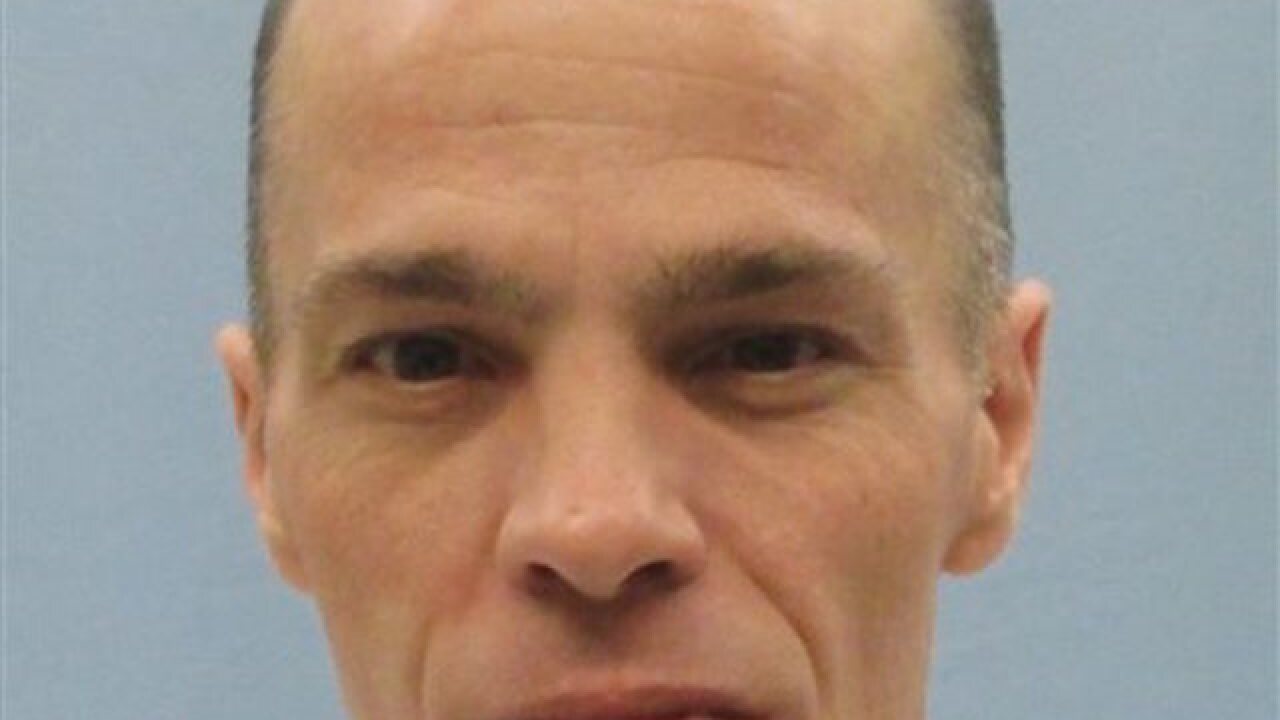 Copyright Associated Press
<p>This Jan. 20, 2016, photo provided by the Alabama Department of Corrections shows Christopher Eugene Brooks, convicted of the 1992 rape and beating death of a woman. Brooks is scheduled to receive a lethal injection Thursday, Jan. 21, 2016, in Atmore, Ala., in what would be Alabama's first execution in more than two years. (Alabama Department of Corrections via AP)</p>

A man convicted of the 1992 rape and beating death of a woman has been put to death in Alabama's first execution in more than two years.

Brooks was condemned for the slaying of 23-year-old Jo Deann Campbell on New Year's Eve of that year. Prosecutors said Campbell was beaten in her apartment with a dumbbell and sexually assaulted.

Brooks had been in a nearby holding cell since Tuesday. He requested two peanut butter cups and a soft drink for his final meal.

An official said Brooks had been visited by three attorneys, two friends and a clergy member ahead of his execution.