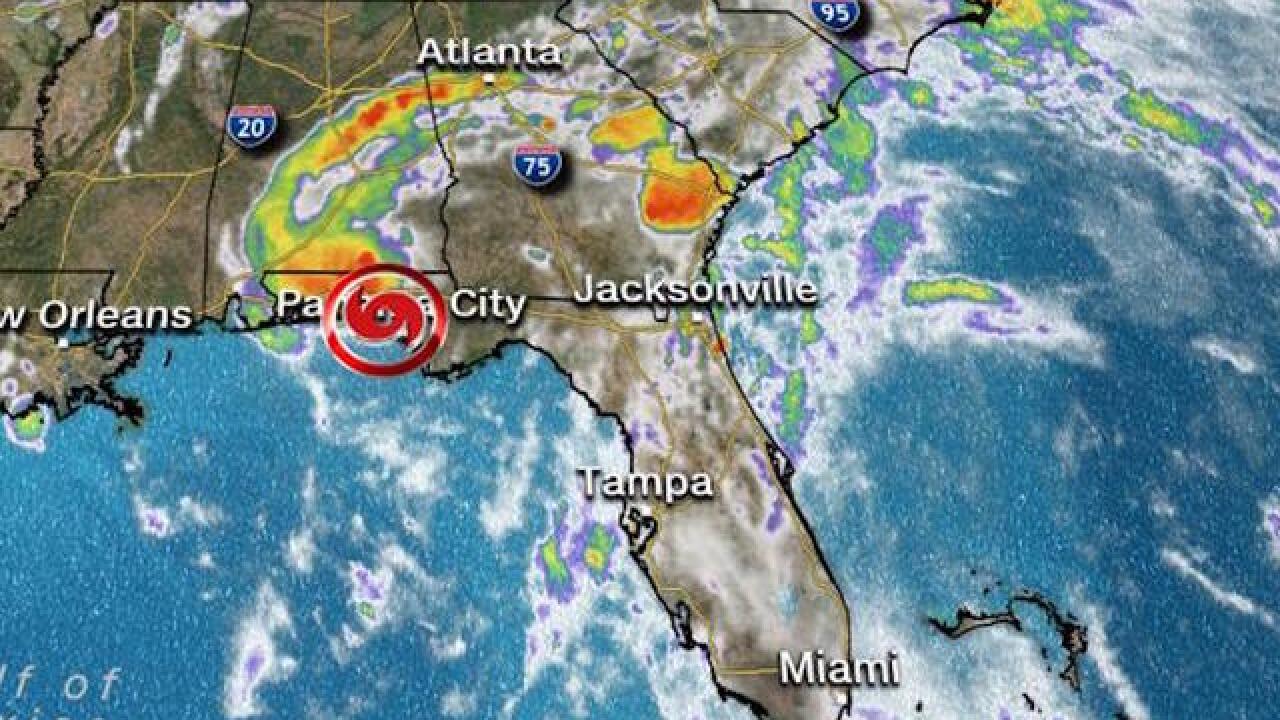 Alberto was downgraded to a subtropical depression Monday night, after drenching the Southeast with rain and killing at least two people.

Despite weakening to a depression, the threat from Alberto remained from possible flooding and heavy rains. Storm watches and warnings were discontinued for coastal regions, but those inland remained in effect. Alberto will continue its course north bringing heavy rain to Alabama through the Tennessee Valley on Tuesday.

On Monday, two people -- a news anchor Mike McCormick and photojournalist Aaron Smeltzer , of Greenville, South Carolina-based CNN affiliate WYFF -- were killed in Polk County, North Carolina. A tree fell on their SUV as they covered the hazardous weather, the station said.

"Two journalists working to keep the public informed about this storm have tragically lost their lives, and we mourn with their families, friends and colleagues," North Carolina Gov. Roy Cooper said in a statement. "North Carolina needs to take Alberto seriously."

"I urge everyone to keep a close eye on forecasts, warnings and road conditions, especially in western North Carolina where even heavier rain is predicted through tomorrow [Tuesday]."

The storm is threatening the Southeast with heavy rain, as it moves north at 12 mph.

Alberto made landfall as a subtropical storm in the Florida Panhandle on Monday afternoon, reaching maximum sustained winds of 45 mph as it arrived in Laguna Beach, Florida, according to the National Hurricane Center.

It left 6,540 customers in Florida without power, according to the Florida Division of Emergency Management.

Where Alberto is headed

The system is forecast to move across Alabama overnight and into the Tennessee Valley on Tuesday, then into the Ohio Valley and Great Lakes region on Wednesday and Thursday, according to the National Hurricane Center.

Three states likely to bear the brunt of the storm, Florida, Mississippi and Alabama had declared emergencies ahead of Alberto.

Alberto could still bring isolated rain totals up to 12 inches in areas of the Florida Panhandle and Alabama, the NHC said. This could cause flooding and flash flooding, it stated .

About 2 to 6 inches of rain are expected from Alabama to the western Great Lakes and from northern Florida to the mid Atlantic coast through Wednesday, it stated.

The National Hurricane Center also said that swells, which could cause life-threatening surf and rip current condition, could affect the eastern and northern Gulf Coast through Tuesday.