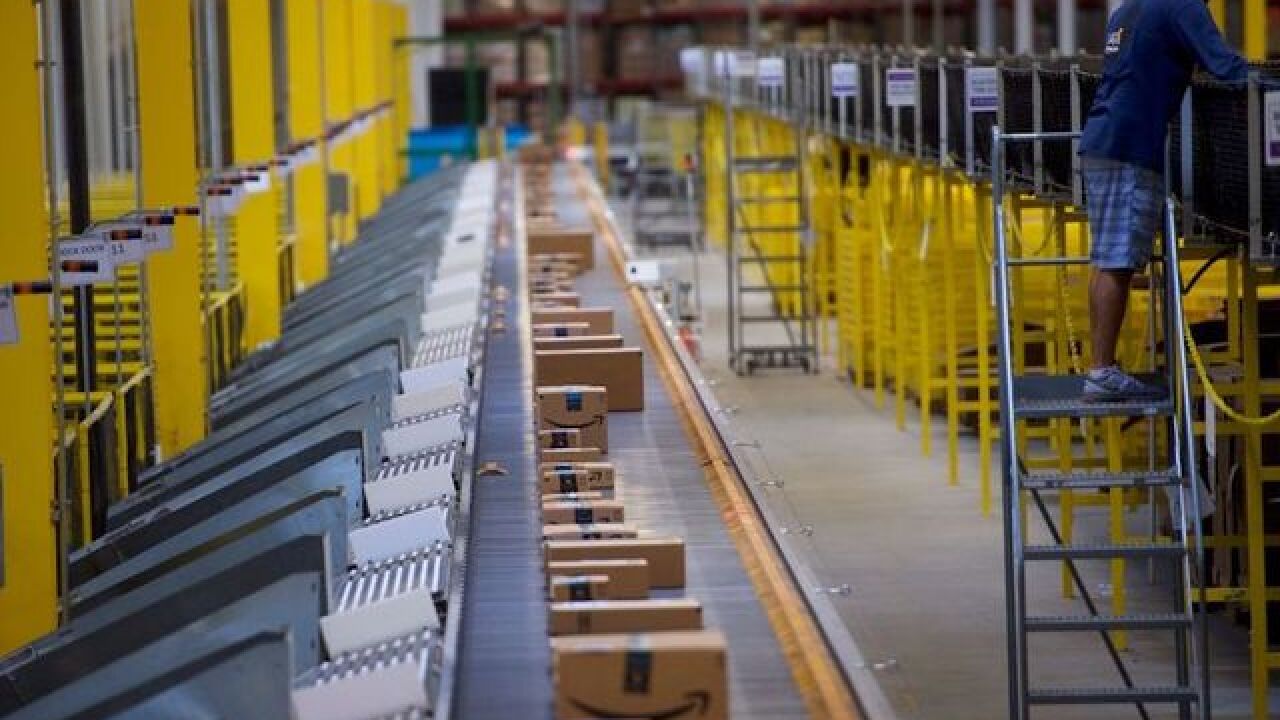 Image copyright 2017 Getty Images. All rights reserved. This material may not be published, broadcast, rewritten, or redistributed.
Mark Makela
<p>Boxes travel on conveyor belts at the Amazon Fulfillment Center on August 1, 2017 in Robbinsville, New Jersey. </p>

Two people have died in a partial building collapse at an Amazon Fulfillment Center in southeast Baltimore, officials said Saturday.

Baltimore Fire Department spokesman Chief Roman Clark said thermal imaging equipment was being used to determine if anyone else may be trapped inside. One of those found dead was an adult male.

Brandon McBride, an employee who was working in the building at the time, described the chaos to CNN affiliate WBAL when the building collapsed.

"I was standing inside the building and me and one of the facilities dudes were talking, and I went to the left side of the building and he went to the right, and all of a sudden, we just heard these loud noises. The power shut off. It was just crazy inside," McBride told the station. "It just sounded like bombs were dropping everywhere. The whole side (of the building) was just dropping."

Severe weather came through the area Friday night at the time of the partial collapse, Clark said. But fire officials have not determined a cause.

"There was stuff falling everywhere, you could see the walls were caving in," McBride told WBAL. "Rain was pouring everywhere; all the packages were soaked. It's unreal."