American patriotism is down, poll says 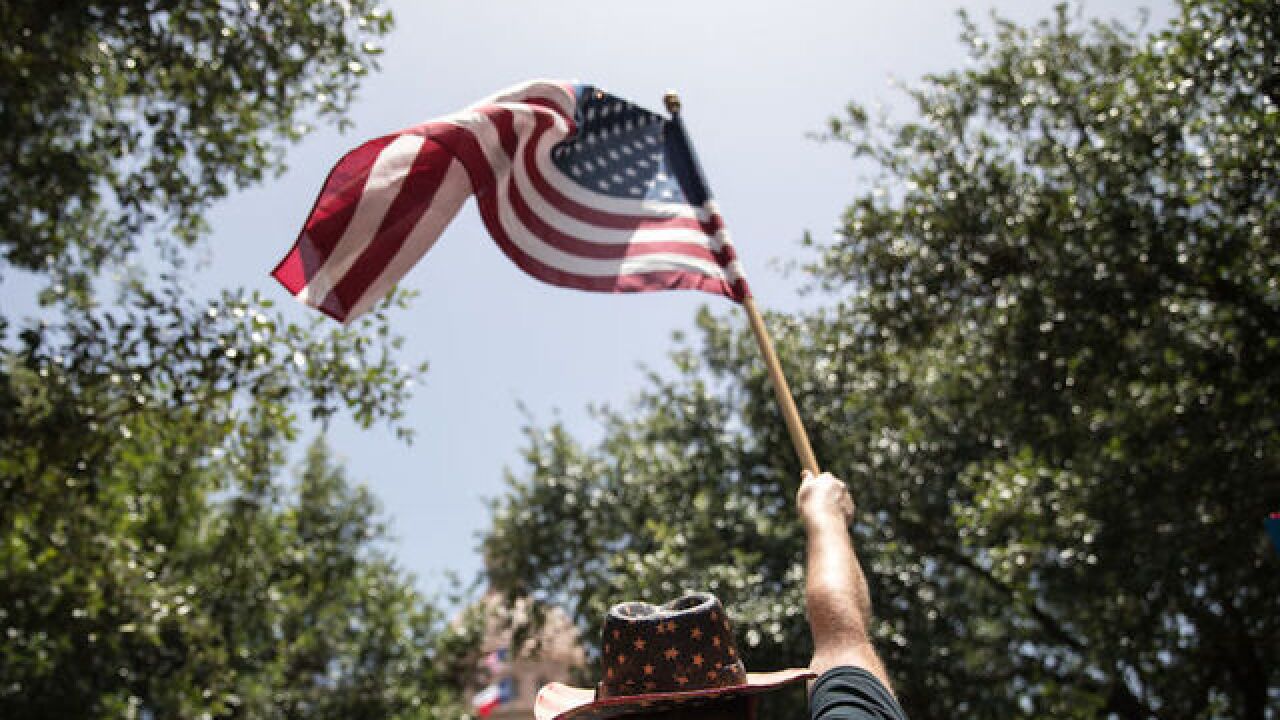 Image copyright 2018 Getty Images. All rights reserved. This material may not be published, broadcast, rewritten, or redistributed.
Tamir Kalifa
<p>A demonstrator waves an American flag during a rally against the Trump administration's immigration policies outside of the Texas Capitol in Austin, Texas, on June 30, 2018. </p>

In Gallup's 2018 poll, released Monday, a declining number say they are proud to be an American, with less than three-quarters saying they are, down six points since 2016.

The driving force behind this lack of pride is a dip among Democrats, with their number dropping from 45 percent in 2016 to 32 percent now who said they are "extremely proud." Republicans moved up six points in the past two years, and independents inched down by three points.

Gallup has been tracking patriotism for a while, starting in 2001 when 87 percent said they were proud to be an American.

Other polls have recorded a similar movement, with an MTV/AP-NORC poll in May 2018 finding that young people (ages 15-26) are much more likely to say that "patriotic" describes their parents generation better than it describes their generation. When the parents were asked, they also believed their own generation to be more patriotic than their children's.

A PRRI poll released in June 2013 found similar numbers to Gallup in 2013 when asking about pride in being an American, with half saying they're "extremely proud" and 31 percent saying they're "very proud." Four percent said they were "only a little proud" or "not at all proud."

Three-in-ten said in 2013 that there has been a time in which they weren't proud to be an American, with 29 percent citing "wars" as the main reason for the lack of pride. In second place, the treatment of minorities and racism garnered 14 percent.

Among those who said there was never a time when they weren't proud of their country, the number one reason was military service and military achievements -- an interesting parallel to "wars" being the top reason for people who weren't proud at some point. Other reasons included the response to the September 11 terrorist attacks and general freedom.

Fox News in 2014 found that the public was most likely to consider flying an American flag, voting in elections, and joining the military as acts of patriotism. Perception of those acts as patriotic have stayed constant; a Harwood Institute poll in 2002 found voting, volunteering in the community, and displaying the American flag topping the list. In 1983, a New York Times poll saw voting, singing the Star Spangled Banner, and serving in the armed forces as the greatest signs of patriotism.

While people may be proud to be an American, they aren't necessarily proud of America itself. Half say that they are proud of the country, down since 2011, when the question was first asked by Fox -- with 69 percent who said the same. There is no similar data for this year.