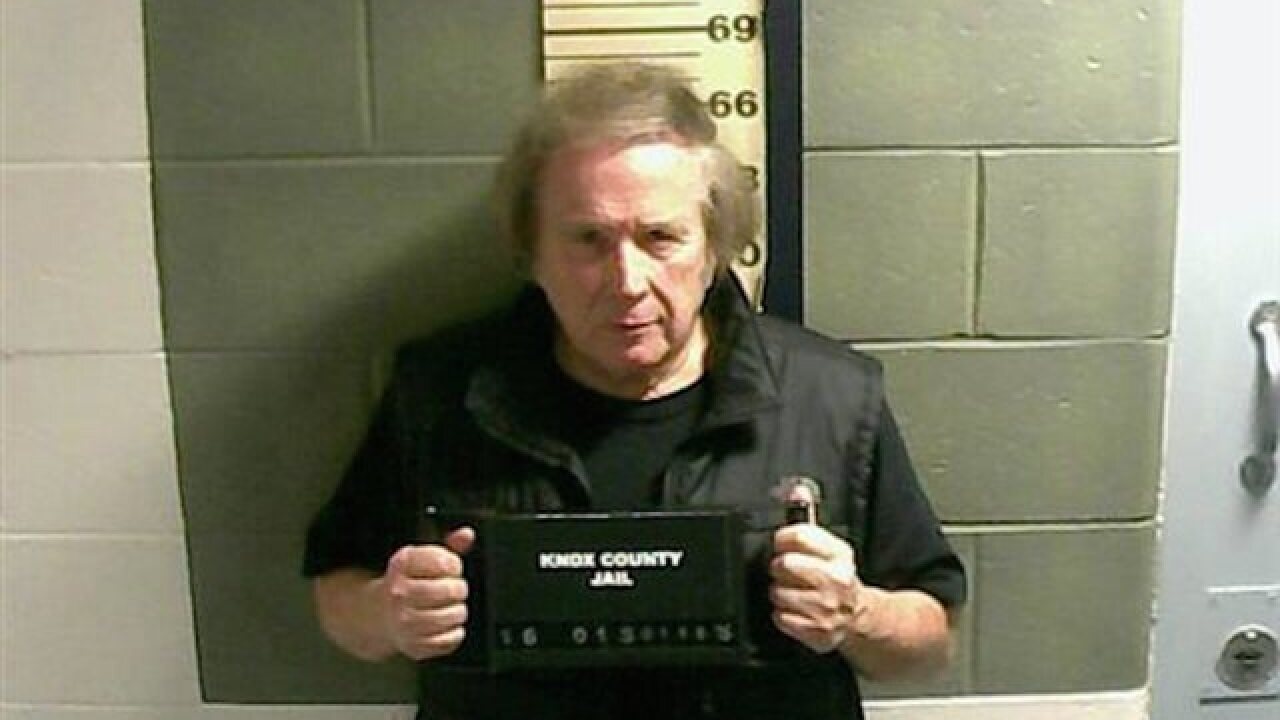 The singer-songwriter lives in the town of Camden. A message left for the police chief there by The Associated Press was not immediately returned.

Woll said he did not know if McLean, 70, had a lawyer. Messages seeking comment were left through the singer's website and two representatives. A phone number listed under his name rang unanswered.

In 2013, McLean was fined $400 for driving his Chrysler too fast through a Maine school zone. McLean's attorney argued the school zone warning lights requiring a 15 mph limit were not flashing; police said they were on.

The attorney who represented McLean during his traffic case did not immediately return a phone message.

McLean's original manuscript and notes to "American Pie" sold at auction for $1.2 million in April. The 1971 hit was about the deaths of Buddy Holly, Ritchie Valens and the Big Bopper in a plane crash on Feb. 3, 1959 — The Day the Music Died.