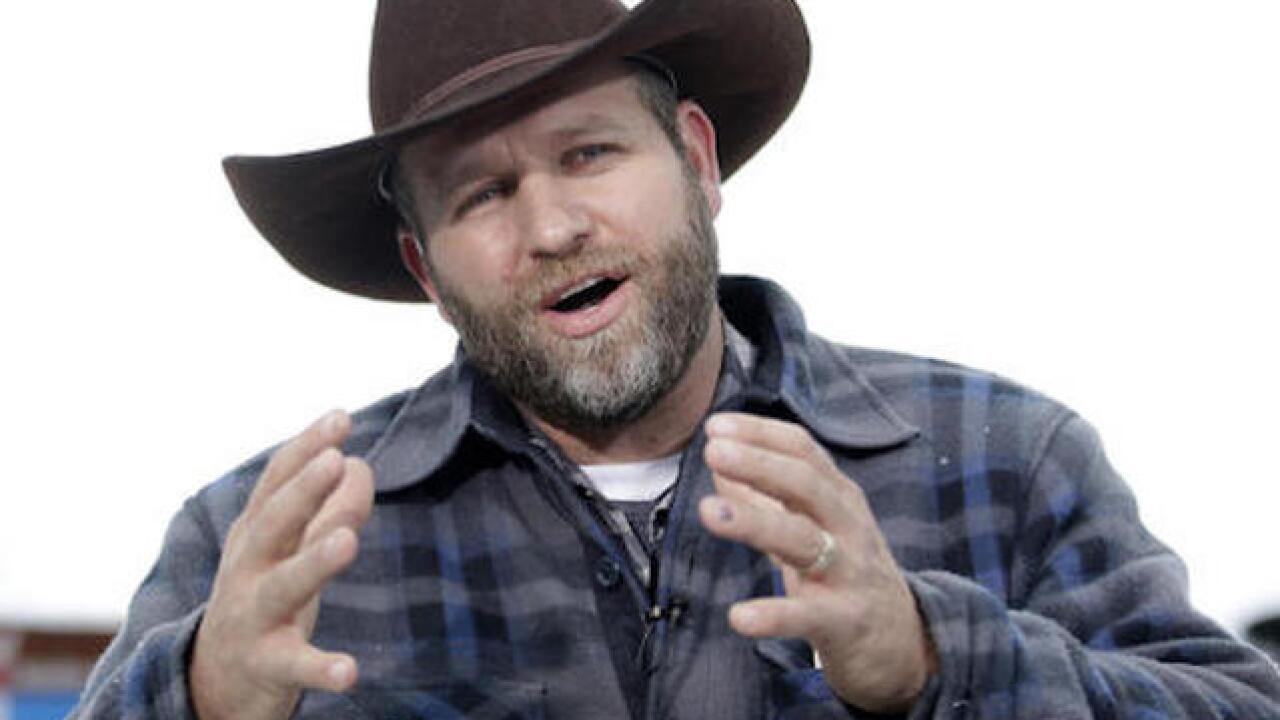 Rick Bowmer
<p>FILE - In a Tuesday, Jan. 5, 2016 file photo, Ammon Bundy speaks during an interview at Malheur National Wildlife Refuge, near Burns, Ore. Dozens of armed occupiers who took over a national wildlife refuge in Oregon have been indicted on additional charges. An indictment unsealed Wednesday, March 9, 2016 reveals new counts against group leader Ammon Bundy and more than two dozen other defendants who were indicted last month on a federal conspiracy charge.(AP Photo/Rick Bowmer, File)</p>

PORTLAND, Ore. (AP) — The federal government on Wednesday leveled additional charges against Ammon Bundy and dozens of other armed activists who took over a national wildlife refuge in Oregon, including a weapons allegation that carries the possibility of life in prison.

A grand jury indicted Bundy and most of his co-defendants on a new charge of firearms possession in a federal facility after the group seized the nature preserve in January to oppose U.S. land restrictions. Others face a second firearms allegation, theft or damaging an archaeological site considered sacred to the Burns Paiute Tribe.

The new charges come as the government cracks down on the Bundy family and others for leading armed standoffs in a long-running dispute over management of public lands in the Western U.S. Federal authorities have charged Bundy's father, Cliven Bundy, and several others in recent months with conspiracy, assault and threats in a 2014 armed standoff over grazing rights near the patriarch's Nevada ranch.

In a packed courtroom in Portland, the younger Bundy and others pleaded not guilty to the new allegations Wednesday. All 26 defendants were previously charged with conspiracy to impede officers of the United States.

Ammon Bundy's attorneys told the judge that he wanted to be advised of his rights. U.S. District Court Judge Anna Brown denied the request, noting that they were read at three prior court appearances.

"I know I have no rights, so thank you," Bundy said.

He and eight others, including his brother Ryan, were charged with carrying a firearm in relation to a crime of violence, which has a maximum penalty of life in prison.

Sean Anderson and a defendant whose name was redacted from the indictment were charged with damaging the tribal site "by means of excavation and the use of heavy equipment," Assistant U.S. Attorney Ethan Knight said.

Three other occupiers were charged with theft of government property. Kenneth Medenbach took a Ford pickup, while Ryan Bundy and Jon Ritzheimer stole cameras valued at more than $1,000, the indictment says.

Prosecutors have said the armed group prevented government workers from doing their jobs and threatened violence against authorities that tried to end the 41-day occupation.

The judge scrapped an April trial date, agreeing with prosecutors to designate the case as "complex." The move ends the right to a speedy trial sought by the defendants. The judge cited the volume of evidence and number of defendants.

"I think any person looking at this room would have to concede this case is complex," said Brown, peering down at three rows of tables filled with men in prison garb and their defense attorneys.

Brown said she would wait until next month to schedule a date.

The indictment comes a day after a county prosecutor concluded that Oregon police were justified in shooting Arizona rancher Robert "LaVoy" Finicum, a key figure in the standoff who died during a Jan. 26 traffic stop that also led to the arrests of the Bundy brothers and others.

However, FBI agents are under investigation for failing to disclose they fired two shots at Finicum, both of which missed.