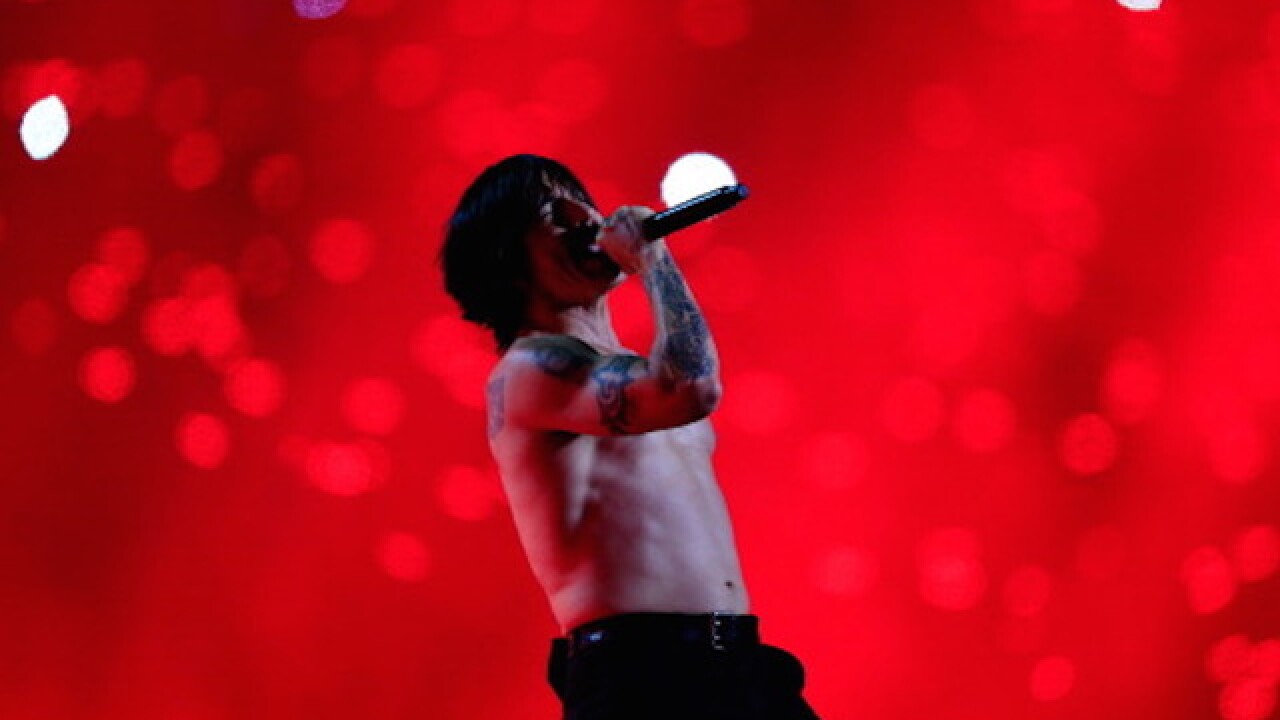 The band was scheduled to preform at the KROQ WeenieRoast in Irvine, California on Saturday, but was forced to cancel at the last minute.

The Associated Press reports that Kiedis was suffering from "complications from the intestinal flu," and was expected to make a full recovery.

Flea, the band's bassist, addressed the crowd at WeenieRoast and broke the news.

"Anthony is on his way to the hospital right now," he said. "...unfortunately there’s a medical thing that happened and we need to deal with it.”

According to TMZ , Kiedis is said to be suffering from stomach issues and was transported to a local hospital in a "Sprinter van."

NO one's more disappointed than us that we couldn't perform tonight. Sending love and a speedy recovery to my brother Anthony.