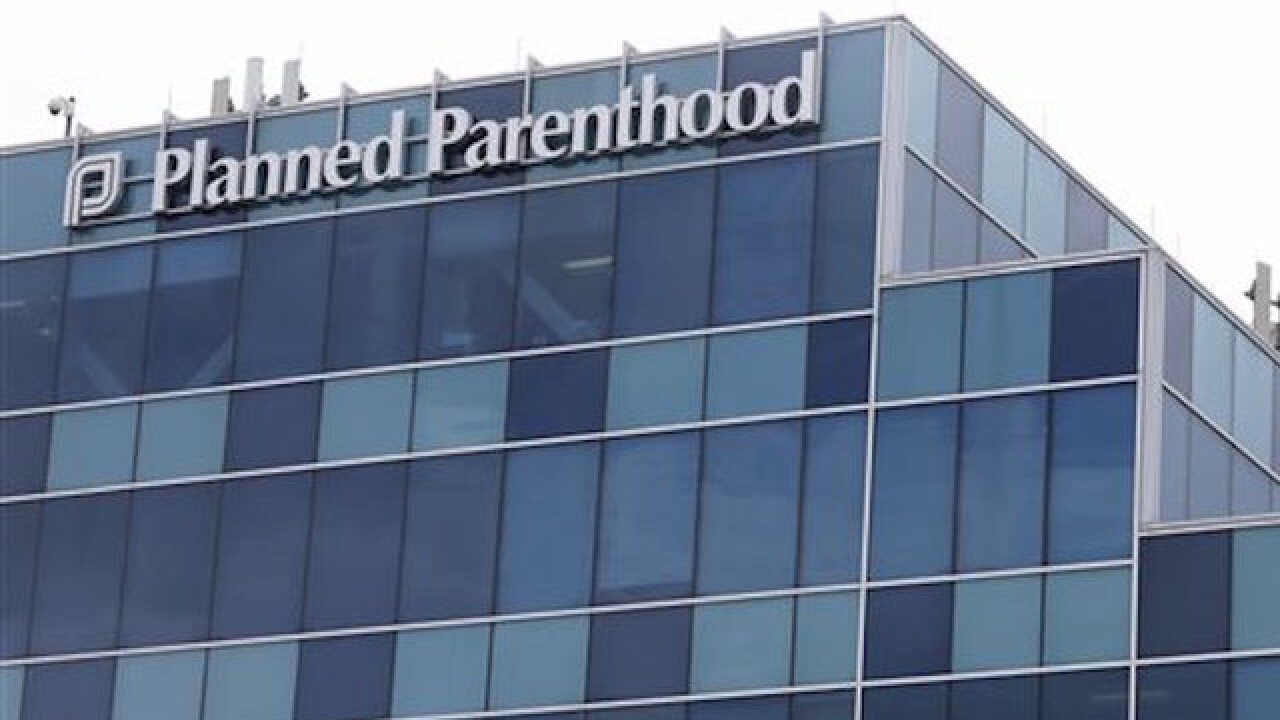 Melissa Phillip
<p>This Oct. 22, 2015, photo shows a Planned Parenthood in Houston. A grand jury investigating undercover footage of Planned Parenthood found no wrongdoing Monday, Jan. 25, 2016, by the abortion provider, and instead indicted anti-abortion activists involved in making the videos that targeted the handling of fetal tissue in clinics and provoked outrage among Republican leaders nationwide. The footage from the clinic in Houston. (Melissa Phillip/Houston Chronicle via AP) MANDATORY CREDIT</p>

David Daleiden and Sandra Merritt allegedly used California driver's licenses they knew were false "with the intent to defraud and harm another," the documents indicate.

The videos that surfaced last year accused Planned Parenthood of illegally selling fetal tissue to researchers for profit. The footage provoked outrage among Republican leaders nationwide and prompted investigations by Republican-led committees in Congress and by GOP-led state governments.

Planned Parenthood officials said the videos were misleading. And the Houston grand jury that indicted the activists also investigated Planned Parenthood and concluded that the nation's largest abortion provider committed no wrongdoing.

Both of the activists face a charge of tampering with a governmental record, a felony that carries a maximum penalty of 20 years in prison. Daleiden was also indicted on a misdemeanor count related to purchasing human organs. The indictment on that count was not immediately available Tuesday.

The activists, who live in California, plan to come to Houston's Harris County Jail, where they will be processed and allowed to post bond, said Murphy Klasing, an attorney for Daleiden.

Klasing said he did not know when that will happen. Bond for Daleiden and Merritt was set at $11,000 and $10,000, respectively.

Daleiden plans to plead not guilty to the charges, Klasing said. He declined to discuss the specific nature of the charges.

The video footage showed people pretending to be from a company called BioMax that procures fetal tissue for research. Planned Parenthood has said that the fake company sent an agreement offering to pay the "astronomical amount" of $1,600 for organs from a fetus. The Houston Planned Parenthood clinic said it never entered into the agreement and ceased contact with BioMax because it was "disturbed" by the overtures.

"As I stated at the outset of this investigation, we must go where the evidence leads us," said Harris County District Attorney Devon Anderson, an elected Republican.

Daleiden issued a statement saying his group "uses the same undercover techniques" as investigative journalists and follows all applicable laws.

"We respect the processes of the Harris County district attorney and note that buying fetal tissue requires a seller as well," he said.

The group called Monday's indictments the latest in a string of victories since the videos were released, saying 11 state investigations have cleared Planned Parenthood of claims that it profited from fetal tissue donation.

"This is absolutely great news because it is a demonstration of what Planned Parenthood has said from the very beginning: We follow every law and regulation, and these anti-abortion activists broke multiple laws to try and spread lies," said spokeswoman Rochelle Tafolla of Planned Parenthood Gulf Coast.

The Texas video was the fifth released by the Center for Medical Progress, which Daleiden founded.

Despite the center's lofty name, public filings suggest only a small number of people are affiliated with the nonprofit, none of whom are scientists or physicians engaged in advancing medical treatments. The people named as its top officers are longtime anti-abortion activists with a history of generating headlines.

After the lawsuit was filed, Daleiden told The Associated Press he looked forward to confronting Planned Parenthood in court.