Anxiety in the air as Davos forum kicks off 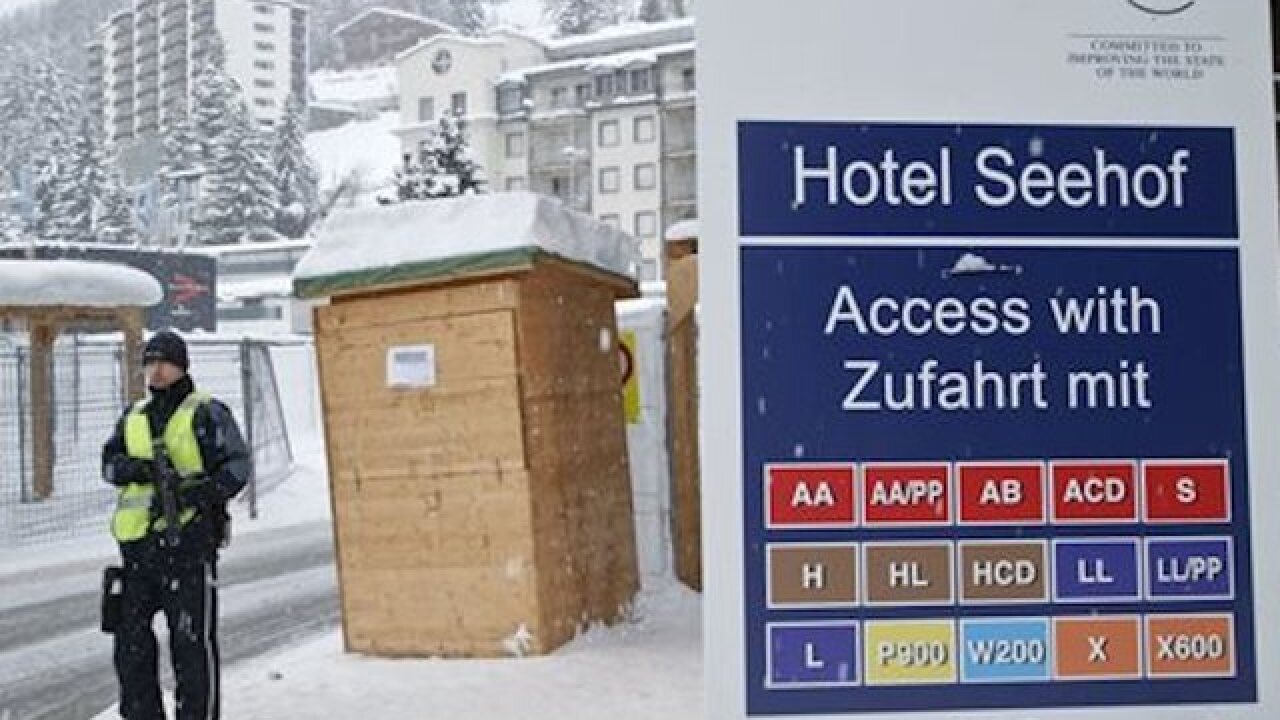 DAVOS, Switzerland (AP) — A prevailing sense of anxiety was in the air in the Swiss ski resort of Davos as the World Economic Forum kicked off Wednesday with delegates fretting about the turbulence in financial markets, slowdown in China and plunging oil prices.

As global stock markets suffered another day of hefty losses and oil prices sank to fresh 12-year lows, there was a high degree of concern about the outlook for the global economy this year.

High on the agenda was plunging oil prices and how they're connected to China's slowing Chinese economy.

The uncertainty across markets is one factor that's preventing businesses from investing in the future, and using huge cash surpluses to finance new research and development projects, said Min Zhu, Deputy Managing Director of the International Monetary Fund, which on Tuesday cut its global growth forecasts.

The situation within financial institutions, he said, is "still opaque, highly leveraged."

The plunge in oil prices was also identified as a growing threat to the world's goal to reduce emissions through the increase in renewable energies.

The head of the International Energy Agency, which advises oil-importing countries, said the drop in costs for oil and gas threatens to reduce governments' incentives to improve energy efficiency — in transportation networks, for example — as well as the installation of renewable energy plants.

Fatih Birol says energy efficiency has been driven largely not so much by environmental concerns but an interest in saving money, which is disappearing as fossil fuels become cheaper.

World governments agreed in Paris in December to limit the rise in global temperatures, a move that will require a ramp-up in the amount of energy that comes from renewable sources.

Birol warned a panel of energy experts gathered in Davos: "For renewables, life will not be easy."

The head of the International Chamber of Commerce, John Danilovich, told The Associated Press in Davos that adapting investment to meet the lower-emissions goals in the Paris agreement will be among several struggles for global businesses this year.