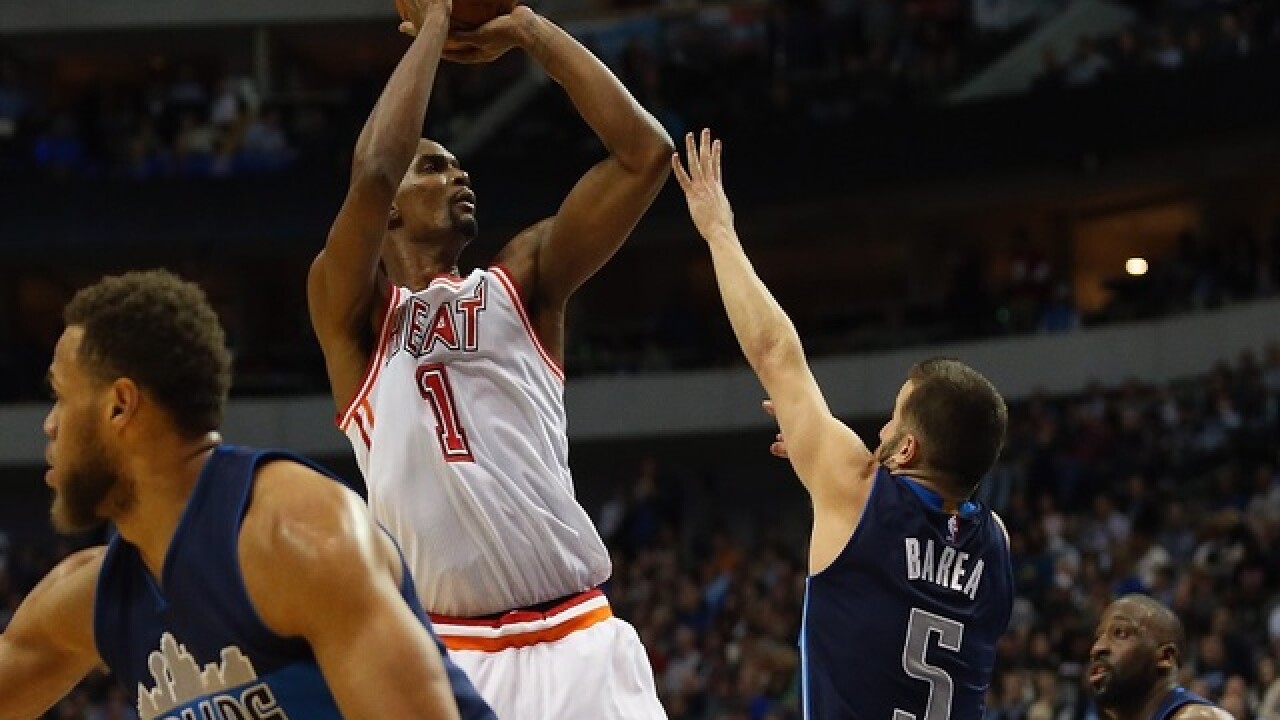 Ronald Martinez
<p>in the first half at American Airlines Center on February 3, 2016 in Dallas, Texas. NOTE TO USER: User expressly acknowledges and agrees that, by downloading and or using this photograph, User is consenting to the terms and conditions of the Getty Images License Agreement. (Photo by Ronald Martinez/Getty Images)</p>

By: Associated Press
Posted at 11:58 PM, Feb 15, 2016
MIAMI (AP) — Chris Bosh of the Miami Heat is dealing with another blood-clot scare, making this the second consecutive year that he's spent the All-Star break facing a most uncertain future because of the issue.
Bosh will spend "the next few days" reviewing options and no determination will be made about his playing status until he goes through more tests and evaluation, a person with knowledge of the situation told The Associated Press on Monday night. The person spoke on condition of anonymity because neither the All-Star forward nor the Heat have revealed the matter publicly.
Bosh is Miami's leading scorer at 19.1 points per game this season. He said over the weekend in Toronto that he was optimistic about playing again this season.
He pulled out of the All-Star Game and the 3-point contest because of what he and the Heat described as a calf strain. Bosh was shut down at the All-Star break last season because a blood clot had found its way to one of his lungs, and that issue is believed to have started as a calf problem.
He went to Toronto expecting to participate in All-Star weekend, then was examined there — presumably because of the calf pain — and the NBA subsequently announced on Friday afternoon that Bosh was withdrawing from the game and the 3-point event. Bosh remained in Toronto to cheer on his Eastern Conference teammates, then returned to Miami and met with team medical personnel Monday.
Associated Press 2016