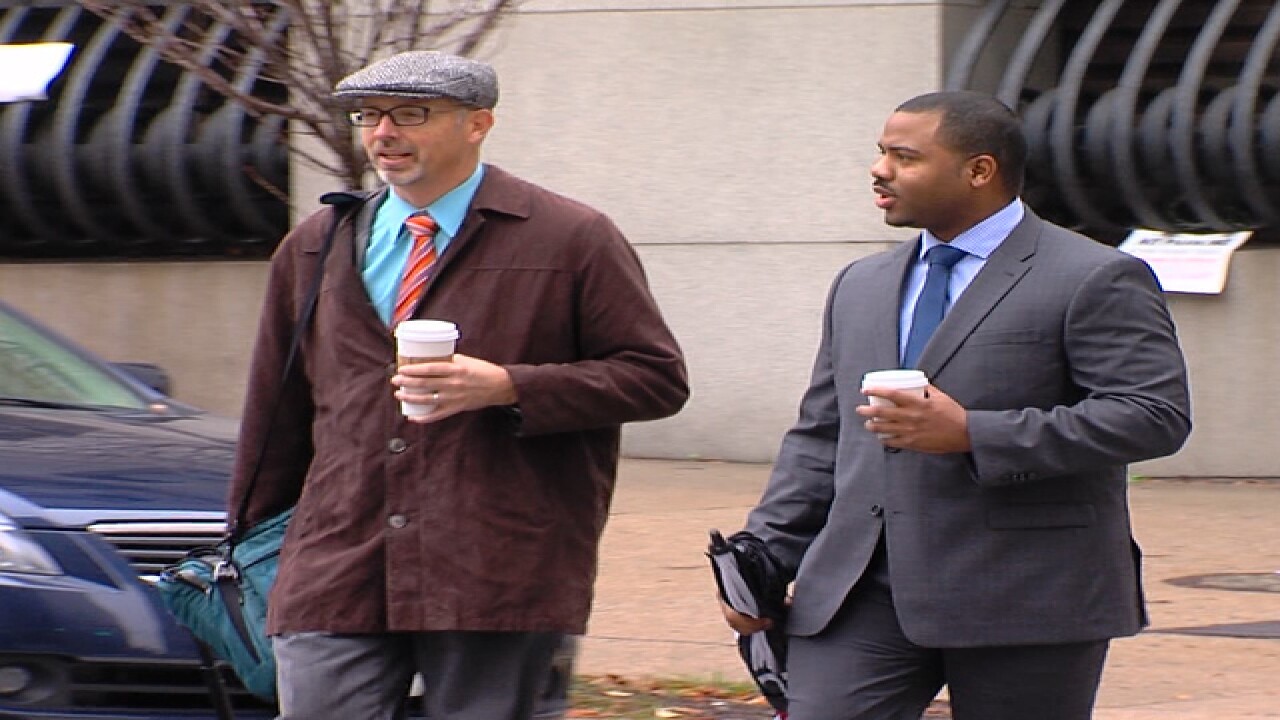 ANNAPOLIS, Md. (AP) — Maryland's highest court heard arguments Thursday on whether an officer charged in the death of Freddie Gray can be compelled to testify against his colleagues after his trial ended in a hung jury in November.

Officer William Porter is awaiting retrial in the case focused on Gray, a 25-year-old black man who died in Baltimore police custody. His neck was broken in the back of a police transport van while handcuffed and in leg irons, but not restrained by a seat belt.

On Thursday, attorneys representing the five other officers facing criminal charges in the case presented their arguments to a panel of seven judges from the Maryland Court of Appeals. The judges did not immediately rule.

Baltimore Circuit Judge Barry Williams initially ruled that Porter must testify against two other officers but cannot be forced to take the stand at the trials for three others. Prosecutors and defense attorneys appealed his decisions.

Attorneys for Porter have argued that he shouldn't be forced to take the stand while his own trial is pending. Prosecutors counter that they are offering Porter limited immunity, meaning anything he says on the witness stand can't be used against him at trial.

Prosecutors indicated initially that they intended to call Porter as a witness against Sgt. Alicia White and Officer Caesar Goodson, both of whom face manslaughter, assault, reckless endangerment and misconduct in office charges. Goodson also faces the most serious charge of second-degree murder.

Williams ruled that while Porter must testify against those two officers he can't be forced to testify against Officers Edward Nero, Garrett Miller and Lt. Brian Rice because the state only sought Porter's testimony in those cases after the Court of Special Appeals intervened to stall White and Goodson's cases from moving forward.