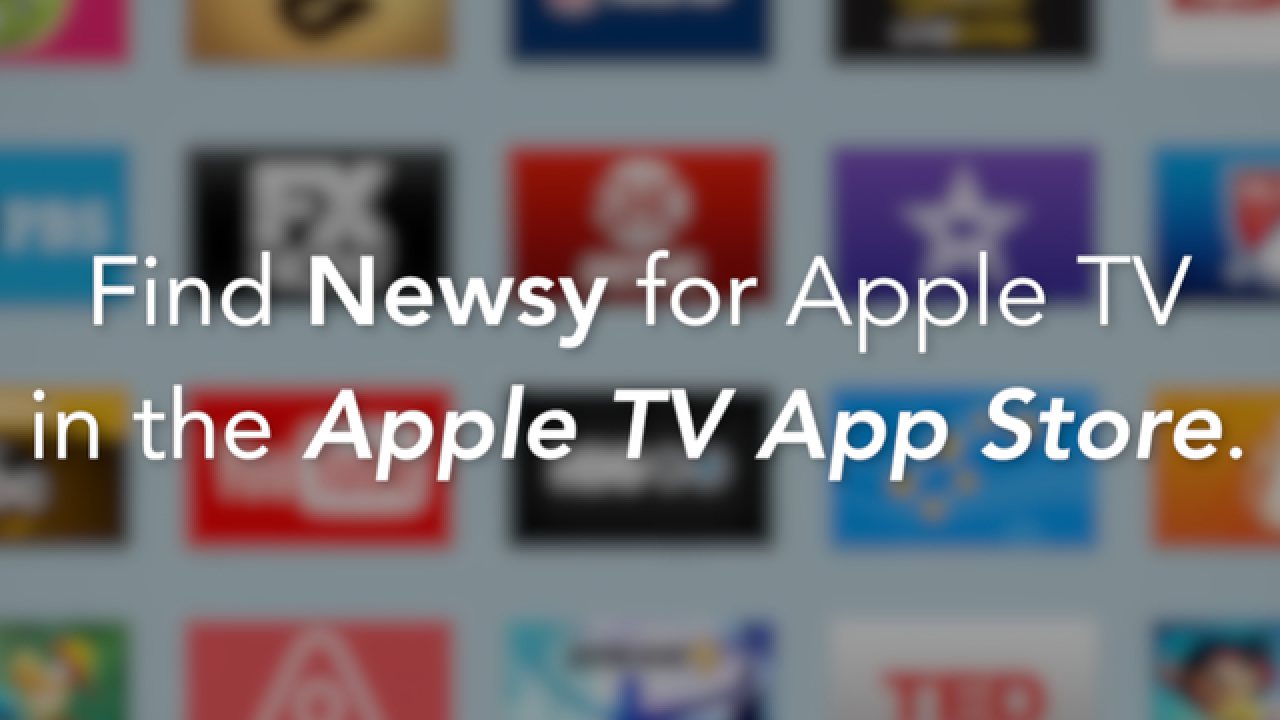 Digital streaming on TV is here to stay.

In fact, more than half of U.S. households are expected to stream content to their internet-connected TVs by 2016 according to a recent survey from eMarketer. Apple is placing a strong bet that its latest device, the fourth generation of Apple TV, will be a big mover in the rush to attract consumers in this rapidly growing market against competing devices from Roku, Amazon Fire TV, Google Chromecast and other manufacturers.

The new Apple TV is turning heads with an app store where users can search for apps to view, play, listen, and learn through their television. Developers and media brands have been rushing to introduce new apps for Apple TV since its launch this fall. Last week, Apple showcased the most innovative apps and games for Apple TV with their Apple TV Best of 2015.

Newsy , our TV station's national news partner, was selected among the thousands of apps for the Apple TV Best of 2015 list. The Newsy app for Apple TV features a live stream of the day’s top news as well as video on demand for viewers who prefer to choose the news stories that most interest them. Newsy brings analysis and perspective on world and national news, including politics, entertainment, science and technology. Newsy is a wholly owned subsidiary of The E.W. Scripps Company.

“Apple’s recognition of Newsy is a huge honor for our team,” said Blake Sabatinelli, general manager of Newsy. “With more than 2,500 apps in the store — and more coming every day — we’re thrilled that consumers are connecting with our fresh take on news and our app’s streamlined news delivery.”

This is the latest honor for Newsy from Apple. The company had previously named Newsy a Best New App upon the October 2015 launch of the new Apple TV. Apple also showcased Newsy as a best-in-class app at its recent developer conferences.